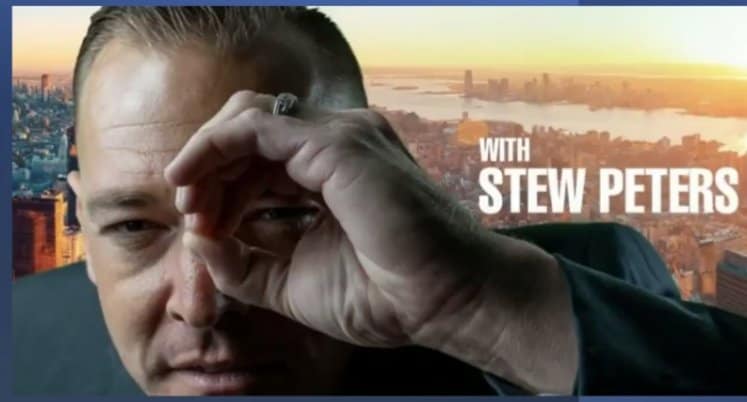 There is a very real, new phenomenon of people suddenly dying, and there’s no doubt it’s being caused by the “COVID vaccines.” But before you get excited and share Stew Peters’ new “Died Suddenly” documentary as “proof” that the shots are deadly, you might want to think back to his “Watch the Water” documentary about “snake venom” in the water supply. Yea. There’s a problem with Stew Peters.

It serves to discredit and cast ridicule on the truth for the unsuspecting masses. So, if they do happen to look into something that a member of the “truth community” tells them about, there are enough errors/exaggeration/false information within the report or  actions on the part of the controlled opposition agent to discredit the argument completely.

It’s designed to gather up those who are becoming aware of some nefarious deception and misdirect them to some false narrative and desired reaction by those in control. Keeping them only “partially awake” and still well under the control of the provided narratives.

I think it’s highly unlikely that pro-vax people will watch anything Stew Peters puts out. The film is really only going to be viewed by the unvaxxinated. But if any pro-vaxxers do watch it, there are enough deliberately planted tidbits to have them “throwing out the baby with the proverbial bath water,” further convinced that the “truth community” are a bunch of hysterical illiterates. For example, at the 3:25mm of the trailer for the film below, you’ll find a clip of basketball player Keyontae Johnson collapsing during a game against Florida State University.

The problem is that this happened on December 12, 2020, a week before the vaccines were even available for medical workers, much less the general public. And Johnson did not die. Now, this is no amateur video. The production clearly had a significant budget, and Johnson is a well known figure. This was not an oversight.

The film starts out with facts about the depopulation agenda, MK Ultra, the JFK assassination, 9-11, but then completely off topic, Bigfoot pops up(?) In the mind of the skeptic, that quick flash will serve to dismiss the film as  “conspiracy theory.”

It provides ample evidence of the big, fibrous clots that are causing people to spontaneously drop dead. Several doctors, including Dr. Charles Hoffe were talking about these clots back in 2021, and the reports by morticians are factual as well. A friend of mine’s father is an embalmer, and was already talking about these (and other) disturbing findings last year. This is really happening.

But then, it presents Joe Biden, George Soros, Rachel Maddow, Stephen Colbert as the villains they are, but omits conservative pro-vaxxers like Donald Trump, Sean Hannity, etc. That may fly unnoticed by conservatives, but it will get the film dismissed by pro-vaxxers as more nonsensical Q propaganda.

Of course the film ignores the fact that no virus was ever isolated to begin with. But we don’t hear much about that anymore. 🤔

For the unvaccinated, partially-informed crowd, the film will affirm that “COVID vaccinations” are behind all the recent sudden death reports (they are).

The conclusion of the documentary is the same futile “rally together, take action” jargon.

“This is World War III. It’s a spiritual war. We need to rally together to defeat it. If we don’t, these monsters will destroy humanity.”

And that’s the real problem with this film. Just like with mainstream media and all media, the real misdirect is its carnal focus. You will not find that message in the New Testament. You’ll find a spiritual battle. But you won’t find a call to rally together, resist or fight evil in the natural (Eph 6:12 ) because this world is not our home and our lives here are about our Father’s kingdom, not saving this world. (Matt 6:33, 1 John 2:15-17) We’re told to expect evil while we are here. (Jn 16:33) So, not only are they fueling the pro-vax camp with their staged “sloppy journalism,” they are keeping the anti-vax people in fear (horror), and focused on saving their own skin instead of reaching lost souls for Christ.

The world is going crazy. This Winepress News article was in my inbox just this morning. People are desperate. The current assault against not just humanity, but the entire creation is unparalleled, at least since the great flood. What good could possibly come from these horrors? – That people would seek God. – People don’t typically seek God when they’re comfortable.

“Like everybody else, Satan has only the power God created in him and the latitude to use it only as He permits and no more. The power given to him is meted out for what God wants him to accomplish for His purposes. Seeing all of the horrible things happening on earth, we may suppose that his power is unlimited, but it most assuredly is not.” – John W. Ritenbaugh

What did Paul and Silas do when they were in prison after they’d been mercilessly whipped and it looked like all hope was lost? Did they pray for the success of some Barabas and his followers to start a revolt and get them out? No. They sang praises!! And they didn’t do it because they thought it would magically make their chains fall off. They sang out of the joy of their eternal hope! (Acts 16:16-34)

Does the Bible tell us about these days? Yes, it does, but not according to the dispensational script. It speaks of faith being taken from the earth. (Lk 18:8) It speaks of God’s judgment when He returns – a judgment that I think has already begun. (Matt 25:31-34, Matt 25:46, Rev 20:4, Rev 22:12) And in that light, we can look at these horrors and see that God is ever in control. We can celebrate the fact that Jesus has already won the war and share His immeasurable hope!

(I ran across this amazing video earlier today.)