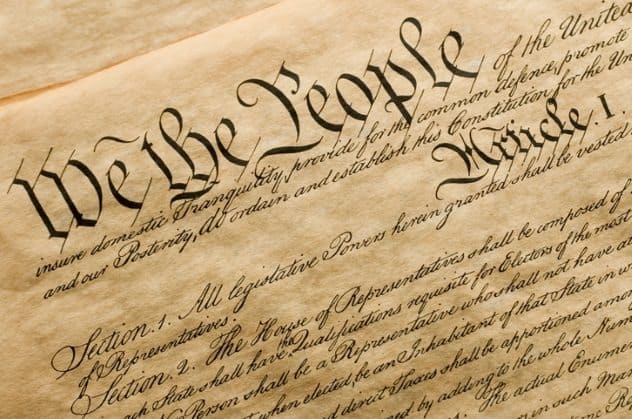 I received the following video from 3 different people this past week. Apparently it’s gone viral.

He appears to be a decent young man, diligently trying to bring awareness to deception. I admire his passion and courage to speak out. But while what he’s sharing here is true in part, it’s by no means the complete story.

He doesn’t mention for instance, and is likely unaware that Donald Trump was also sworn in to the US corporation – just like Biden was.

He doesn’t mention that the Constitution of the United States of America was drafted by Freemasons, much to the displeasure of some very learned men at the time who knew exactly what these Masons were up to.

J B Campbell wrote in his 2004 article “Our Masonic Constitution” on Rense.com:

“The US Constitution was a betrayal of the Declaration of Independence. Real patriots such as Patrick Henry, George Mason and a few others saw it as a blueprint for empire and fought it. The Bill of Rights was added at their insistence as a defense against the Constitution!… Hamilton and the Federalists didn’t want any enumerated rights – they said “You must trust us and our promises to observe your rights.” Henry said “Not good enough – we need guarantees.””

In school we learned about the Revolutionary war and the colonies’ break with England. History books record America’s early colonies not wanting a big centralized government like the one they had just broken free from. But from there we’re taught that the Articles of Confederation which the colonies functioned under became ineffective at governing the growing American states – and that the main cause of that ineffectiveness was a lack of a strong, central government (and military.)

Here’s how Sovereign Grand Commander of the 33rd Degree of Scottish Rite Freemasonry, Henry C. Clausen, put it in a 1976 book titled “Masons Who Helped Shape Our Nation” On page 82 we read;

“Though free, we were not yet united [1783]. The loose Articles of Confederation did not provide a strong national government, common currency or consistent judicial system. Men of vision realized that another step must be taken if he weak Confederation of American States was to become a strong, unified nation. Again Freemasonry set the pattern in ideology and form. Since the Masonic federal system of organization was the only pattern for effective organization operating in each of the original Thirteen Colonies, it was natural that patriotic Brethren should turn to the organizational base of the Craft for a model. Regardless of the other forces that affected the formation of the Constitution during the Constitutional Convention in 1787, the fact remains that the federalism created is identical t the federalism of the Grand Lodge system of Masonic government created in Anderson’s Constitutions of 1723.”” source

So, in other words, the reasonable sounding story we’ve learned in school and our history books was the Freemasonic narrative. The truth is that the colonies did not want centralized government in England OR here, but that’s what they got.

What the young man in the video is referring to is the Act of 1871, when Washington DC became its own separate country, becoming one of three city states within a three city empire that consists of Washington D.C., London and Vatican City. He’s got that much right.

London is the corporate center and controls the world economically. (As an interesting side note, two giants named Gog and Magog are the “patron saints” or “protectors” of the City of London. Every year, on the second Saturday in November, the twins Gog and Magog are paraded through the streets of the City.)

Washington’s District of Columbia is in charge of the military. 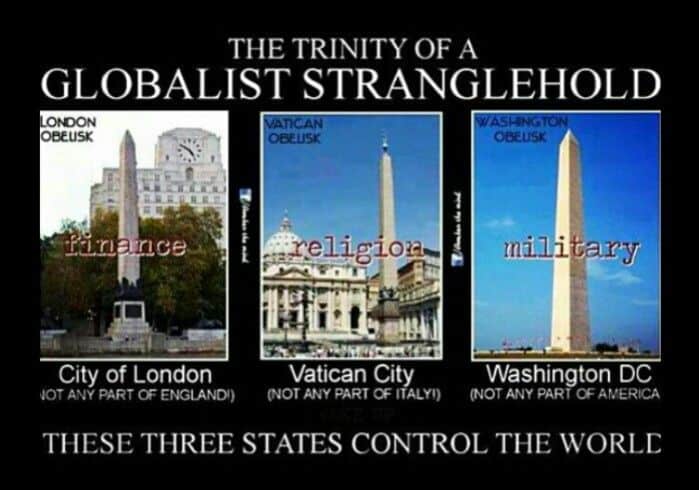 All countries are corporations. Not just these three. You can find a lot more information on the internet about all of this. The bottom line, as Reuben said, is that things are not as we’ve been presented, not what they seem. All the word’s a stage. And under this incredible deception, people are fighting for “rights” (which are really just privileges) given to them by Freemasons. Failing to find justice in the courts (presided over by Freemasonic judges and attorneys who serve the state), they protest in the hopes that their government will hear them out and respond to their demands. What they miss is that even their protests are fully anticipated, the perceptions leading to them carefully engineered to steer society to a desired mindset.

Reuben wrote the other day;

“The whole idea of the constitution was to get us to buy into the corporation… every country is a corporation and not just the perceived sovereign states such as DC, the Vatican and London.” 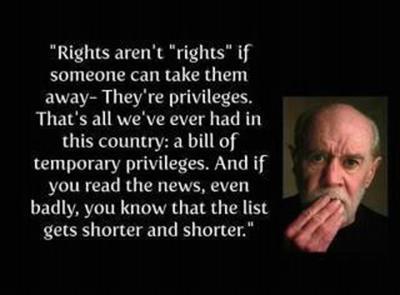 Let me be clear; I love America! I’m right there with everyone else grieving the downfall of this beautiful country. Its people are among the warmest, kindest people in the world… Even with all the chaos and division today that’s still largely true. And looking back again to its foundations, the same was true of the colonists. They were godly people, a large portion of them Christians. But the same is not true of the creators of the Constitution. Benjamin Franklin, for example, made no secret of being a Deist, and we’ve already talked about the Freemasons.

While people are out there fighting for their “rights,” fighting for their “freedom,” fighting to “make America great again” (MAGA being the 5th degree in the hierarchy of the church of satan,) the reality is that what’s happening in this country is exactly what the Freemasonic writers of the Constitution planned from the get-go.

The triad of world control is coming out into the open (Externalization of the Hierarchy) and telling us what we really are; slaves (with privileges). What a fresh light all this sheds on the words in the New Testament!

It is for freedom that Christ has set us free. Stand firm, then, and do not let yourselves be burdened again by a yoke of slavery. (Gal 5:1)

We’ve been tricked into believing in a reality that’s governed by the prince of this world; the father of lies. The gospel has been obscured to either add works in the flesh to Christ’s finished work or offer a “go-to” Jesus who we call on for help as we go about our physical lives lived in the flesh. These earthly gospels are at the core of patriotism. They turn our focus away from the radical, powerful reality of our true citizenship in heaven and to this small, temporal realm that belongs to the enemy of our God. A realm that enemy has enlarged in the perceptions of man through science-falsely-so-called to include the infinite reaches of “outer space.” … but I digress.

And lest we fall into fear, we need to always keep in mind that there is nothing the enemy does that God hasn’t allowed. In fact, it is God who is doing this. Read Ezekiel 38.

Be strong in Him!