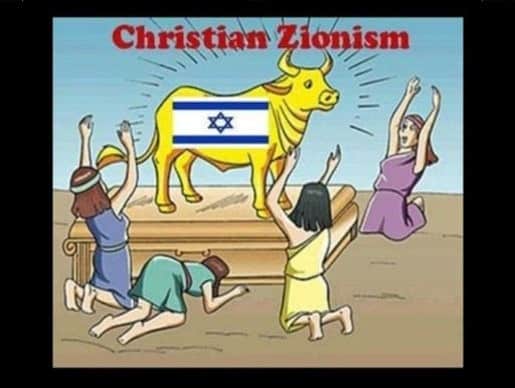 The believer who dares to question the officially accepted “truth” of Christian Zionism, Dispensationalism, Futurism & Premillennialism typically finds himself ostracized by his Christian friends as he begins the long arduous journey of dispelling a lifetime of indoctrination and  rebuilding his understanding final days prophecy and how to interpret events of our time.

I have posted several articles on these deceptions, but to date I’ve found few, if any shortcuts to explain, much less to convince anyone else of this monstrous, multifaceted deception. (Chuck Baldwin does have several good teachings on the subject – here is his excellent interview on TruNews. ) But I was happy to come across this excellent, comprehensive-albeit-unavoidably-long two-part article. This is my first introduction to James Perloff, so I can’t offer a full endorsement on all his doctrine but he is spot-on in this well-researched piece. If you are trying to put this all together it is well worth the read.

Foreword: This post is long. It is long because Christian Zionism is based on a multitude of lies. The bigger the onion, the more the layers we are forced to peel off. I should also note that my paternal ancestors were Russian Jews (see photo below, taken about 1900). My great-grandfather’s name was Abraham Perlovsky. People who criticize Zionism are frequently accused of being motivated by anti-Semitism. As I’m half-Jewish myself, let me be clear that no such feelings impel me. I am unequivocally opposed to racism in any form. 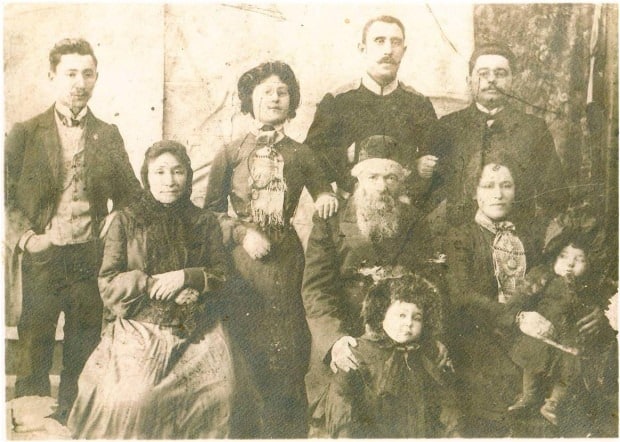 –> Part 1 <– of this series explored how the Rockefellers were instrumental in orchestrating the Modernist movement, assaulting every fundamental doctrine of Christianity, for the long-range ecumenical purpose of absorbing it into a one-world religion. The Fundamentalist movement rejected Modernism, intending to stand by the faith’s original tenets.

Unfortunately, as we will now see, Fundamentalism was itself infiltrated and hijacked, consistent with the Rothschild strategy of funding both sides of wars. Fundamentalist churches were targeted to enlist their support for the Zionist agenda. The two principal agents in this scheme were John Nelson Darby (1800-1882) and Cyrus Scofield (1843-1921). What Darby planted, Scofield watered and disseminated. The theology they developed served the agenda by making several claims:

• God wanted the Jews to return to, and take over, Palestine.
• God has two plans of salvation—one through the Gospel of Jesus Christ, the other a guarantee reserved for Jews, his “Chosen People.”
• Christians should not involve themselves in politics, education, business or the arts, as these are “worldly” matters that should be left in the hands of “worldly” people. (The consequences of this doctrine are very visible in American culture today.)
• God deals with mankind differently during different historical time frames or “dispensations,” of which there are seven. The current one, “Grace” under Jesus Christ, is merely the sixth of the seven dispensations.
• The Christian Church is doomed to inevitable failure, which will bring the Dispensation of Grace to a close.
• The end of this dispensational age will be marked by the Tribulation—worldwide persecution under the Antichrist for a period of seven years; however, Christians need not concern themselves with this, since Jesus will “Rapture” believers off the Earth and they won’t be around to experience it.
• Earth will then experience a Jewish era; Jewish ritualistic animal sacrifices will be reinstituted; Jesus will reign for a thousand years from Solomon’s rebuilt temple in Jerusalem.

These doctrines, whose main outcome was “Christian Zionism,” might seem boring to atheists and agnostics, but they are nonetheless exceedingly relevant to the state of the world. They are espoused by celebrity-status theologians like Hal Lindsey, Pat Robertson and John Hagee, in the best-selling Left Behind book series, and are prevailing views in many conservative evangelical churches. Without these ideas being sweepingly disseminated, there might have been no Israeli state created in 1948, no 9/11, and no Middle East wars.

Before proceeding, I’m aware that some readers may be visiting this website for the first time, so I’ll take a moment to “begin at the beginning.” The United States, and much of the world itself, is run by an incalculably wealthy oligarchy known as, among other names, the Illuminati. The trappings of “democracy” are an illusion; the oligarchy operates behind the scenes, choosing presidents and prime ministers long before the public goes to the polls. It owns and controls the central banks, most of the ”Fortune 500” corporations, and the mainstream media (CNN, Fox, BBC, etc.), the latter being crucial to keeping the agenda, and the oligarchy itself, concealed from public awareness. It coordinates its global policies through international organizations such as the Bilderbergers, Trilateral Commission, and an upper, exclusive level of Freemasonry. The cabal’s highest identifiable human center is the Rothschild banking dynasty. But the oligarchy is not only about materialistic matters such as money and power; like the universe itself, it possesses a spiritual dimension: its outlook is satanic, which largely accounts for Western culture’s rapid moral descent.

I cannot document and prove these claims in one paragraph, but I can in a book, which is why I wrote Truth Is a Lonely Warrior. The ultimate goal of the Illuminati is a world government. Regional blocs like the European Union and NAFTA (intended to become a North American Union) are stepping stones toward this end. The world government will be ruled by a dark figure whom the Bible calls the “beast” or “Antichrist.” The book of Revelation says he will have “authority over every tribe, people, language and nation.” The capital of this evil world government will be Jerusalem, a city revered by Christians, Muslims and Jews alike, to be centered in Greater Israel. It was for this purpose that:
• the Rothschilds committed their fortune to the Zionist movement, beginning no later than 1829;
• Theodor Herzl began hosting the World Zionist congresses in Basle, Switzerland in 1897;
• the British government was persuaded to issue the Balfour Declaration to Lord Walter Rothschild in 1917, promising the Zionists “establishment in Palestine of a national home for the Jewish people” in exchange for the Zionists bringing America into World War I on Britain’s side.

However, Zionist seizure of Palestine could not have occurred without the consent and cooperation of the world’s Christian community. Given the centuries-old conflict between Jews and Christians, it was necessary to remold Christian theology to accommodate the Rothschild plan. Cyrus Scofield and his reference Bible came on the scene for this express purpose.

Before examining Scofield’s life, we should note a little about John Nelson Darby, the principle figure from whom Scofield borrowed his Biblical analysis. Darby was a Satanist, Freemason and agent of the Rothschild-owned British East India Company,1 the latter being the most powerful multinational corporation of its day and the supplier that turned millions of Chinese into opium addicts. Darby’s family owned Leap Castle, renowned as the most sinister and occult castle in Ireland’s history.

Darby became a leader of a Christian sect called the Plymouth Brethren (named for Plymouth, England, where its most popular gatherings were held). He is generally credited with originating the “Secret Rapture” doctrine and made several trips to America to spread his ideas. 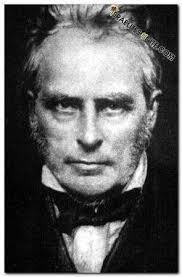 Darby used many terms in common with occult Theosophists—he referred to Jesus as “the coming one” (same term New Agers use for the Antichrist); referred to God as the “architect” (same phrase employed by Freemasons, meaning “God” for the uninitiated, “Lucifer” to true adepts); and many other occult phrases, as summarized in this article.

Darby even penned his own satanic version of the Bible. The Illuminati have always known they could not perform a wholesale transformation of the Bible, because it would be recognized as such and rejected. Therefore the approach through the centuries has been to whittle it away: a word here, a phrase there—the universal strategy of boiling the frog.

Darby slyly introduced satanic wording into the Biblical text. For example, in the King James rendering of John 6:69, Peter told Jesus: “And we believe and are sure that thou art that Christ, the Son of the living God.” Darby rendered this: “And we have believed and known that thou art the holy one of God.” “Holy one of God” is a title used for Jesus only by demons in the King James. For a comprehensive review of Darby’s satanic mistranslations, see the article John Nelson Darby Version: Doctrinal Changes to the Holy Bible        !.… CONTINUE READING…..!