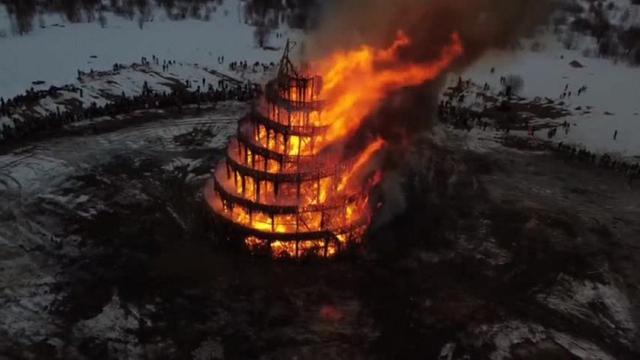 All the world’s a stage and those in power want your focus on their carnal world theater. They want you to take sides. Divide and conquer – Order out of Chaos.

In Canada, truckers (and their supporters) are still suffering the aftermath of their great protest. Like the dictator he is, Trudeau simply stomped them out, locking their bank accounts and impounding trucks, leaving them in the impound lot with their windows rolled down. Insurance companies are refusing to pay on basis of the situation. But no one is talking about these brave men and their families anymore. Nor is there any MSM coverage of the millions of Queensland residents who’ve been devastated by the weather warfare that was unleashed against them two weeks ago. We need to be praying for all these people.

Instead of hearing about real human suffering at the hands of the elite, we’re being inundated with propaganda about this psyop “war” in Ukraine, with Putin playing the role of “bad guy” and Israeli-backed, far-right Ukraine as “good.” But this psyop is incredibly (deliberately) transparent.

But just like with Madej & Co and the COVID vaccine, they’re playing both sides. Youtube is allowing live streams of a peaceful Ukraine to remain up: 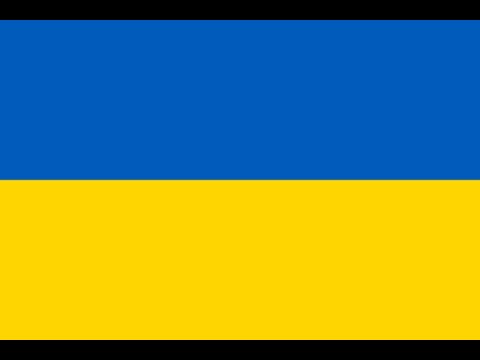 And it’s just amazing how quickly Yahoo put this documentary together.

Check out this scene in the Kaluga region of  Russia.

“As the Russia-Ukraine War enters its fourth week, the Maslenitsa Pancake folk festival in Nikola-Lenivets in the Kaluga region of  Russia culminated last week in a huge bonfire that immolated the Tower of Babel.” – Israel365

“Maslenitsa has its origins in the pagan tradition. In Slavic mythology, Maslenitsa is a sun festival, personified by the ancient god Volos, and a celebration of the imminent end of the winter. The last day of Cheesefare Week is called “Forgiveness Sunday”. Relatives and friends ask each other for forgiveness and might offer them small presents. As the culmination of the celebration people gather to “strip Lady Maslenitsa of her finery” and burn her in a bonfire.” – Europe Renaissance 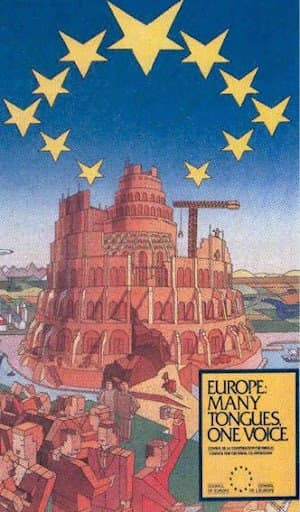 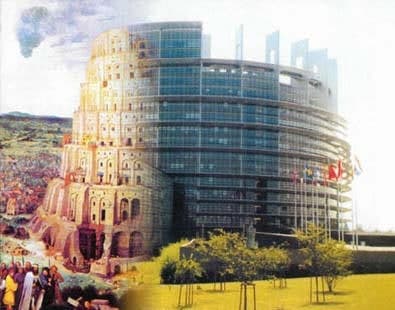 Also interesting is the coming together of the Catholic and Orthodox church.

One world government, one world economy, one world religion are all clearly being presented – with controlled opposition to each. This carefully scripted division is designed to prepare humanity for the natural/carnal “solution;” a different, nicer one world order that will look so good that professing Christians will think it is Christ’s return (Mk 13:22), but it will be a counterfeit of the true new order/kingdom set up by God through Christ 2000 years ago; a kingdom that is not of this world. As frightening as the events around us are, this is not a battle we should feel helpless in. The hard reality is that we may die amidst the chaos, but we are not to fear; our God is in complete control. (Matt 10:28) It is Jesus who has the authority to release Satan to deceive those who’ve refused to love the truth and be saved – and that release is underway.

The good news is that the reign of Messiah prophesied in Isaiah chapter 9 is not some time off in the future – Our God reigns now! The King is seated upon his throne in heaven now and the kingdom of God has come as a present reality! He rules through His Spirit in all who believe. The false teaching of a future millennial reign was created to detract from the good news of the kingdom of God and the sanctifying work of the Holy Spirit at work within us now!

In his final article, “Urgent Prophetic Word,” the late Peter Cohen wrote at length about this coming world order,

The beast was given a mouth to utter proud words and blasphemies and to exercise its authority for forty-two months. It opened its mouth to blaspheme God, and to slander his name and his dwelling place and those who live in heaven. It was given power to wage war against God’s holy people and to conquer them. And it was given authority over every tribe, people, language and nation. All inhabitants of the earth will worship the beast—all whose names have not been written in the Lamb’s book of life, the Lamb who was slain from the creation of the world. Whoever has ears, let them hear (Revelation 13:1-9).

As it happened in the time when the tribulation came uniquely upon the Jews in 70 AD with the siege of Jerusalem and the destruction of the Temple, so will it be in the time of tribulation when God judges the nations and Satan is unbound. Satan will masquerade as God in seemingly bring a new one world government and those who oppose him will be treated a if they were opposing God.

However, [and probably more importantly, Christians who may protest against the beast – or one world government of the man of lawlessness, ought to make sure that they are not deceived so that they may, in thinking that they are being faithful to the God of Israel, join the Zionist rebellion against Jesus.

I have heard teachers, who oppose a one world government, thereby suggest that nationalism is the answer – it is not. We are called to be one holy nation in Christ…

Satan and his rebellion will be permitted by Jesus for the purpose of testing our faithfulness and to provide the final powerful delusion which God send upon those who refused to love the truth. – NewHumanityProject

What a day we’ve been called to live in! The devil wants us to fight against the new world order, but there’s no need to fight for what’s already been won. Patience Saints – it’s all part of the Master’s plan!

Fear not, little flock, for it is your Father’s good pleasure to give you the kingdom. (Lk 12:32)