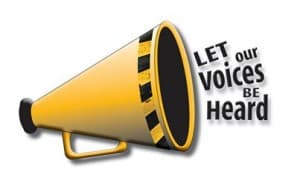 By Susan Duclos – All News PipeLine
America is in a battle, politically, morally, economically, religiously….. on every front the US is being attacked and those being attacked are sitting back and allowing the enemy to win.

Those that scream the loudest are heard, those that stay silent or whisper… are not. We do not have to raise  a weapon to “rise up, engage and fight.” All News PipeLine is not in any way suggesting a violent revolt, but one has wonder why we are not even hearing the voices of 97 percent of the country who stand for religious liberty, who want honesty in government, who want the borders secured, who want the economy to grow rather than stagnate or weaken, who want freedoms guaranteed to us to be honored, and who want the US to be a constitutional Republic again?

Where are they? Where is our “Army” of voices?

While listening to the Hagmann and Hagmann report from Thursday, April 9, 2015, titled “Creating a Rapid Response Team of Modern Minute Men,” where special guest Coach Dave Daubenmire joins Doug and Joe for a fascinating discussion based on his recent article “Where is our team?,”  we listen to him discuss how Christians are being persecuted and their voices are drowned out right here in America, while the enemy “runs out the clock,” we feel his heartfelt assertions can be applied to every aspect of the attacks happening against America… from within.

How can a small pack of yapping dogs chase those who oppose their deviancy into the closet where they cower in fear of being bitten by the perverted poodles? For the love of all things righteous, how can Christian men and women yield God’s foundational institution of marriage in the name of love and tolerance? The answer is really quite simple—they are organized and they show up.

While Daubenmire speaks to the religious and spiritual battle happening right now, there are other battles taking place that his ideas, his suggestions can help Americans fight.

We have the recent news of an military trained Iraqi man, who speaks fluent Russian, crossing our open borders, and as Doug Hagmann states at the beginning of the show embedded below, if you caught one there are probably thousands that weren’t caught. We are clearly being infiltrated and it is being allowed and encouraged by the US government.

We see countries across the world preparing for a world war while Obama decimates the US military and leaves them woefully unprepared and expressing concern over our ability to protect and defend America, yet the US is only preparing safe haven for the “elite”…… where is the outrage?

We have what many believe to be martial law practice drills with Jade Helm 15, happening on American soil for the first time in history with videos and leaked documents showing the unprecendented and dangerous training exercises geared toward war on Americans by our own government…..  where is our Army of enraged citizens?

Certainly not on the steps of Congress demanding answers!

We have schools forcing students to pledge allegiance in Arabic, an economy on the verge of falling into a third world country, experimentation with CERN where scientists talk about opening “parallel universes” and “other dimensions,” and much, much more….. yet the general populace is silent.

Everyone should listen to Coach Daubenmire below, then ask yourself what you can do, who can you call, how many you can gather together to visit your Senators and Congressmen, because if YOU do not raise your voice to be heard over the minority of voices that are screaming…. this country is already lost.

Via the video description:

Coach Dave Daubenmire joins us at the bottom of the first hour to detail his initiative to fight back. It’s time to lead, follow, or get out of the way. 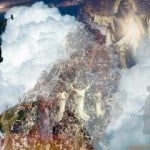 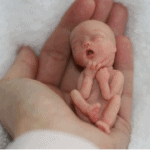 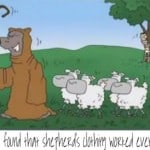 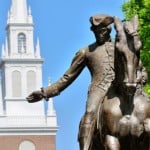 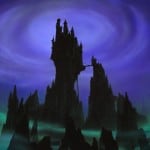