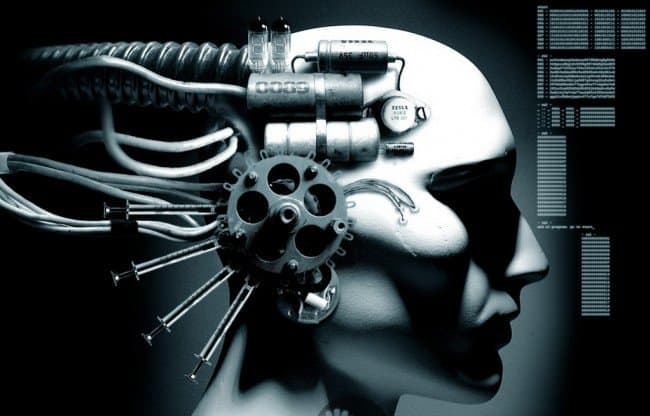 The Transhumanist agenda is becoming reality, as presented in this article posted on The Guardian Liberty Voice.
Below, in the US Document “Global Governance 2025”, we read of plans for the new and unique governance that will be needed for these advanced human capabilities.
Acquiring public approval by initially creating devices which will help those with disabilities, the agenda is much further reaching, as described by “Transhumanist” Ray Kurzwell. In his own words:

“We stand on the threshold of the most profound and transformative event in the history of humanity, the “singularity”.

What is the Singularity? From my perspective, the Singularity is a future period during which the pace of technological change will be so fast and far-reaching that human existence on this planet will be irreversibly altered. We will combine our brain power—the knowledge, skills, and personality quirks that make us human—with our computer power in order to think, reason, communicate, and create in ways we can scarcely even contemplate today.

This merger of man and machine, coupled with the sudden explosion in machine intelligence and rapid innovation in the fields of gene research as well as nanotechnology, will result in a world where there is no distinction between the biological and the mechanical, or between physical and virtual reality. These technological revolutions will allow us to transcend our frail bodies with all their limitations. Illness, as we know it, will be eradicated. Through the use of nanotechnology, we will be able to manufacture almost any physical product upon demand, world hunger and poverty will be solved, and pollution will vanish. Human existence will undergo a quantum leap in evolution. We will be able to live as long as we choose. The coming into being of such a world is, in essence, the Singularity.”

In short, the plan is for man to become a god.
~~~~~~~~~~~~~~~~~~~~~~~~~~~~~~~~~~~~~~~~~~~~~~~~~~~
TransHumans: The Future of Humanity as Machines Begins With Three Devices
Faye Barton | Liberty Voice  July 2, 2014
Science fiction writers have long paid homage to the idea of cyborgs, the drive to consistently improve using technology rather than to comply with the natural decline of age. It feeds the human desire to reach a state of superiority. When the rest of humanity has finally accepted persons of transgender, they will likely be facing an even more drastic paradigm change. Humans of the future will undergo a new transition when they finally merge with technology to become transhumans, elegant machines that are both organic and inorganic. The transition is beginning even now with three incredible inventions.

The cultural movement of transhumanism opens up a world of possibilities for a future of replaceable organs and simple, internal health maintenance. Cyborgs and transhumans have often been portrayed as violent, unfeeling and alien-like creatures that are meant to be feared due to their unnatural characteristics. The long running series Star Trek has seen many iterations and spin-offs. A prominent antagonist of the franchise is the alien race known as the Borg. The Borg are an antagonistic, totalitarian collective of various alien races that have been forcibly converted, or “assimilated” into a hive-mind, causing them to lose all personal identity. Similarly, the cyborg of The Terminator was a ruthless assassin bent on destroying a woman’s life, her future child and the future of humanity.

The first device to open the door to a future of transhumans is worn by artist, Neil Harbisson, who offers a glaring contrast to the aforementioned fictional media trend in being the first cyborg to be recognized by a governmental entity. Harbisson wears a device that he affectionately calls his “Eyeborg.” The Eyeborg works by using a head-mounted antenna to sense the colors in front of the wearer and translating them into sound waves that the wearer can perceive through bone conduction. In his Technology, Entertainment and Design (TED) talk, Harbisson references his ability to perceive human skin color as sound by saying that, “I thought that humans were black and white, which is completely false. There is no white skins and there is no black skins. Human skins range from very light shades of orange and very, very dark shades of orange. We are never black or white.”

Brain implants to assist the mental faculties of impaired combat veterans are being developed by Boston researchers as a part of President Barack Obama’s BRAIN Initiative. The project, which was announced last year, is set to take five years with a hefty price tag of $30 million. An additional team of developers at the University of California, San Francisco will be receiving another $26 million to work on the transhumanist project of their own. The technology being used in the brain implants is already being used widely in a more simplistic sense. Deep brain stimulators are being used in the brains of patients with Parkinson’s Disease to ease the sometimes crippling tremors associated with the condition.

Google, the household brand that revolutionized the way people search the internet, recently unveiled a high tech contact lens. The lens features an integrated camera off to the side of the lens to prevent the device from obstructing the wearer’s vision. As the wearer’s eye moves, the camera also follows suit. Google’s tech lenses are the next step up from Google Glass. The technology has the possibility to aid the visually impaired in experiencing their world with more detail while granting superhuman-like abilities to the users in possession of working sight. Telescopic vision and infrared/night vision are just two of the possible benefits of wearing the Google lenses.

In science fiction literature featuring the concept of transhumans, microscopic nanobots are often referred to as the “grey goo.” Nanobots have been in development by various research teams throughout the world for years, but an Australian team in particular is focusing on a design that feeds off of the kinetic energy provided by blood flow to power the tiny motors. The nanobots will be capable of reaching areas all throughout the human body, including the brain. These nanobots could have the ability to aid in or perform surgeries from inside the body. Other nanobots in development are being given various objectives such as gathering information about the patient’s health and storing it in a cloud database to be analyzed by a healthcare professional.

The future of humanity looks far more mechanical than ever before. Futurist and Google’s chief of engineering, Ray Kurzweil estimates that man will meld with machines completely to usher in the technological singularity and an age of partially robotic transhumans in 2045. The early stages of the singularity are unfolding today in 2014 with these three incredible devices from around the world. 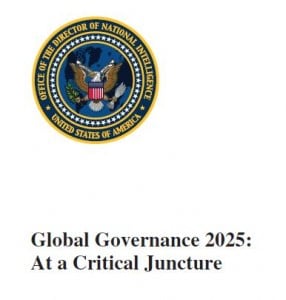 “No forum currently exists for dealing comprehensively across the scientific community, industry, and governments on measures needed to diminish the risks posed by the biotechnology revolution. The development of new agents and the expansion of access to those with hostile intentions increase the bioterrorism threat. Existing biological agents such as anthrax and botulinum toxin already pose an extremely serious threat. The development of new agents with the ability to reengineer existing life forms to have an offensive capacity poses a growing challenge. Rapidly falling costs will bring biotechnology within reach of a hacker community, while the diffusion of relevant technology could lead to increased leaks of expertise and materials. In addition, biotechnology—which the OECD thinks will potentially boost the GDPs of its members—can drive new forms of human behavior and association, creating profound cross-cultural ethical questions that will be increasingly politically contentious. Few experts believe that current governance instruments are adequate for those challenges.

For example, direct modification of DNA at fertilization is widely researched with a goal of removing defective genes; however, discussions of future capabilities open the possibility for designing humans with unique physical, emotional, or cognitive abilities. The potential for dual-use of biotechnology will make the task of regulating and controlling current and new developments an exceptionally complex one. Governments will need unprecedented capacities to reach out beyond other governments, enabling them to work with a plethora of private actors, many of whom will not be amenable to traditional regulation. Threats are also perceived differently by different governments. The poorest countries are most concerned about the current impact of infectious diseases. Richer countries are worried more about their vulnerability to new diseases or the hostile use of biological agents. Rising powers expect their future comparative advantage to lie in a sector where there are relatively few entrenched leaders, with India and China investing heavily in biotechnologies and Brazil in biofuels. They are likely to regard heavy handed international regulations as “protectionist” measures to restrain their freedom to operate…”