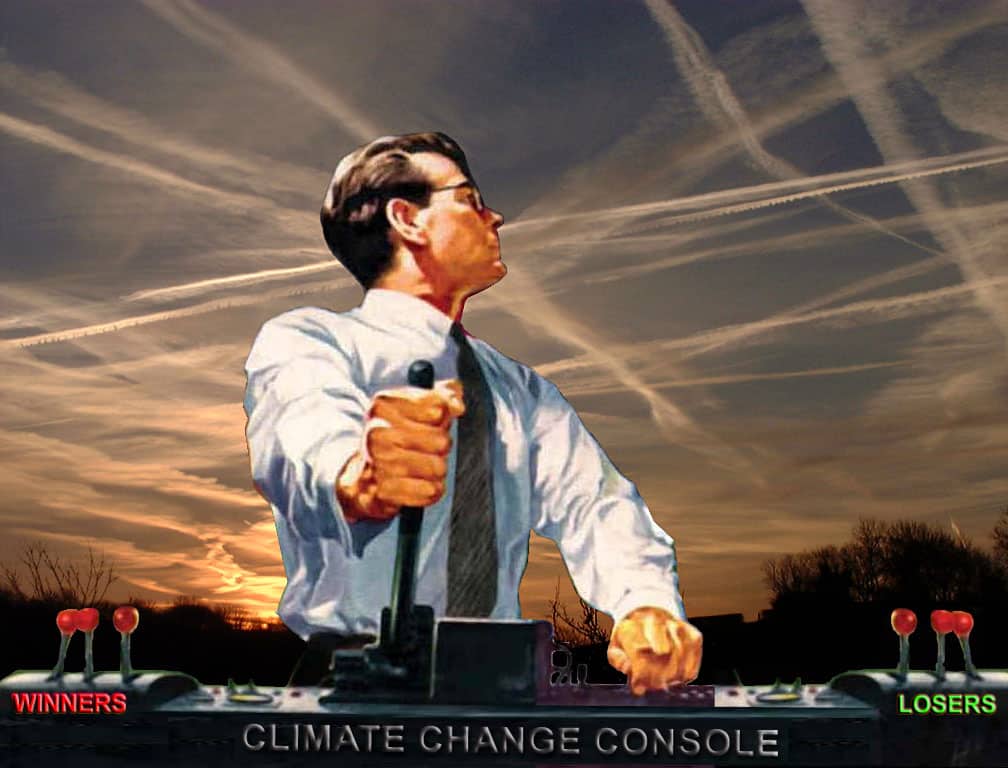 Expert legal researcher, Alexandra May Hunter places ADEQ representative on legal notice that their department is responsible for investigating and resolving documented Arizona citizen complaints of environmental pollution regardless the source. Complete video qued to address by Alexandra May Hunter:

Senator Ward stated the meeting was a response to “relentless” communication from constituents who are concerned with vapor trails commonly called contrails or condensation trails. However, residents say the trails are not standard contrails but rather “chemtrails” being sprayed as part of a global program of  weather manipulation. One resident claimed the difference between contrails and chemical trails is easy to spot because the contrails are short and dissipate quickly, while the chemtrails are long, dragged out, and criss-cross the sky.

Meeting attendees listed a variety of reasons they believe the government is spraying. These include poisoning of the food and people to manipulating the weather patterns. Senator Ward and the ADEQ representatives repeatedly told attendees that they have no jurisdiction over chemical spraying whether it was happening or not. In a video of the meeting the frustration from citizens is easily seen.

ADEQ communications director Mark Shaffer said they regularly receive phone calls and emails on the topic, but “Our standard response has been that there is no credible scientific evidence about chemical spraying or geoengineering.” Geo-engineering is the science of manipulating the climate for the stated purpose of fighting man-made climate change. These include Solar Radiation Management (SRM), the practice of spraying aerosols into the sky in an attempt to deflect the Sun’s rays and combat climate change.

According to a recent congressional report:

“The term “geoengineering” describes this array of technologies that aim, through large-scale and deliberate modifications of the Earth’s energy balance, to reduce temperatures and counteract anthropogenic climate change. Most of these technologies are at the conceptual and research stages, and their effectiveness at reducing global temperatures has yet to be proven. Moreover, very few studies have been published that document the cost, environmental effects, socio-political impacts, and legal implications of geoengineering. If geoengineering technologies were to be deployed, they are expected to have the potential to cause significant transboundary effects.

In general, geoengineering technologies are categorized as either a carbon dioxide removal (CDR) method or a solar radiation management (SRM) method. CDR methods address the warming effects of greenhouse gases by removing carbon dioxide (CO2) from the atmosphere. CDR methods include ocean fertilization, and carbon capture and sequestration. SRM methods address climate change by increasing the reflectivity of the Earth’s atmosphere or surface.

Aerosol injection and space-based reflectors are examples of SRM methods. SRM methods do not remove greenhouse gases from the atmosphere, but can be deployed faster with relatively immediate global cooling results compared to CDR methods.”

One of the many dangers of manipulating the weather is the loss of blue skies. According to a report by the New Scientist, Ben Kravitz of the Carnegie Institution for Science has shown that releasing sulphate aerosols high in the atmosphere would scatter sunlight into the atmosphere. He says this could decrease the amount of sunlight that hits the ground by 20% and make the sky appear more hazy.

According to a recent study published in the Journal of Geophysical Research: Atmospheres, if geoengineering programs were started and then suddenly halted the planet could see an immediate rise in temperatures, particularly over land. The study, titled “The impact of abrupt suspension of solar radiation management”, seems to indicate that once you begin geoengineering you cannot suspend the programs without causing the very problem you were seeking to resolve.

Many of those who were in attendance to the Arizona meeting believe the SRM programs are not only in the developmental research phase but are currently active. Weather modification techniques in the form of cloud-seeding programs are active in China, for example. With researchers warning that the very initiation of geoengineering programs could cause global temperatures to rise, it does make sense that governments would work to keep quiet about domestic geoengineering programs. Geoengineering in one country could cause drought in another part of the world after all, and no government wants that responsibility.

Arizona citizens also pointed to a 1996 document entitled “Weather as a Force Multiplier: Owning the Weather by 2025” where the U.S. Air Force discusses a number of proposals for using the weather as a weapon. There was also mention of the Environmental Modification Treaty signed by the United States to halt global weather modification. Others mention companies like Weather Modification, Inc. On this corporation’s website you can peruse different planes that you can pay to run a cloud seeding operation. They even offer a list of clients and sites that are active.

Whether or not Senator Ward or the ADEQ hold another meeting on the topic remains to be seen. One thing is certain though, the citizens of Arizona are keeping their eyes on sky and they are not going anywhere anytime soon.