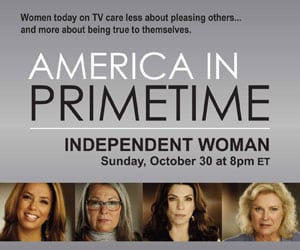 We’ve reached the point in TV where the hero is a deviant, misfit or weirdo. We cheer as he makes the world conform to him. Luciferians always push the limits of what is acceptable, and make the unacceptable acceptable.

“We must introduce into their education all those principles which have so brilliantly broken up their order.”  (Protocols of Zion,16 )

“We have already contrived to possess the minds of the goy communities…[they are] looking through the spectacles we are setting astride their noses.” (Protocols of Zion,12)

“All nations will be swallowed up in the pursuit of gain, and in the race for it will not take note of their common foe.” (Protocols of Zion, 4)

When I was a child in the 1950’s, television was pretty wholesome. That’s how I got hooked.

As a youth and young man, I was naive and idealistic. I assumed I lived in a benevolent and free society that was attempting to raise everyone to a higher level, materially and spiritually.  I looked to mass media and schooling for information, insight and guidance.

After watching “America in Primetime”, (2011) a four-part documentary history of TV, on Netflix, I realize that TV is not entertainment. It is social engineering. It made me dysfunctional and depressed. It has done this to millions of people. 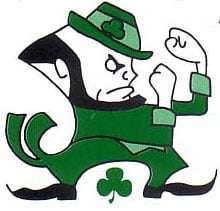 What Jews and gays have in common is that they are outsiders. They want everyone to see the world from their perspective.

Most of my fellow Jews don’t know that Judaism is a Luciferian cult, a rebellion against God.  Cabalist (Illuminati) Jewish leaders wish to supplant God and redefine reality according to their perversity and self interest. This is the New World Order.

They deny there is the natural and moral order, the Creator’s instruction manual in our soul, that is required reading for health and happiness.  They pay lip service to morality and do whatever they want.

The documentary portrays contemporary TV as depicting reality more truthfully. In fact, it is creating this reality in its own perverted Illuminati image. Television is an indoctrination.  It has deliberately undermined what is healthy and inverted normal and abnormal. They actually have a show called “The New Normal.” 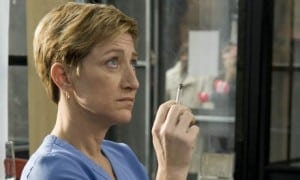 Then, TV convinced us that there is something redeeming, ennobling and quintessentially human about being weird, sick and miserable. I’ve been in this humanistic space. It’s mostly self-pity they feel.

Nurse Jackie, who is addicted to prescription drugs, torn between family and work and infidelity, has her consolations. The heroes of Weeds and Breaking Bad, normal middle class people who become drug dealers and mobsters, have their moments of redemption. Jack Bauer, the hero of “24” does evil to protect us all from evil, but hey life is complicated. Tony Soprano, a mobster who lives in a New Jersey suburb, wants the same things as we all do. Dexter is a serial killer who kills serial killers but don’t judge him. When he was five, he saw his mother cut to pieces with a chainsaw! (At least, he wasn’t sexual abused.)

“Audiences are more sophisticated,” the writers tell us, “people want moral ambiguity.”   Really? Do we want it or does Satan?

We’ve reached the point where amoral and violent delinquents, misfits and weirdos are the norm. They have made the world conform to them.

The documentary is quite explicit: “Whether they are oddballs, losers, or just plain weird, misfit characters have grown beyond comic stereotypes and are taking center stage with a vengeance, refusing to apologize for who they are.”

Thus in HBO’s “True Blood” the vampires demand “human rights.” They want to be treated like other minorities.  One character is incensed when someone judges all vampires based on the behavior of a few. That’s prejudice!

Freaks and Geeks. Six Feet Under. Seinfeld. Glee. Arrested Development. The Office.   Self absorbed misfits, i.e. Jews and gays, are the “new normal.” 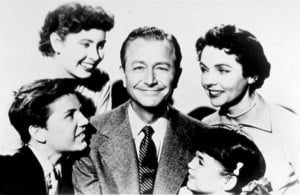 HOW WE GOT HERE

In the 1950’s, they had to rebuild. so the Illuminati gave us healthy values. “In 1950’s television, the man of the house was king of his castle. Was it an illusion to begin with?”   Father Knows Best. Ozzie and Harriet. Leave it to Beaver. My Three Sons.

Was it an illusion? I don’t think so. Some things are hard wired.  Most men want to rule their own roost. That doesn’t mean we want to lord it over anyone. But every successful organization is a hierarchy and that applies to families as well. Only a monster has two heads. The division of labor made a lot of sense. If you want a man to shoulder responsibility for a family, he has to lead it. It must be his creation.

There was no moral ambiguity in the 1950’s Westerns. Good versus evil. Gunsmoke. The Lone Ranger. Have Gun Will Travel. Men were men. They put their lives on the line to build a just society. Women supported and loved them for it.  Then, almost by clockwork, having set up this target, the Illuminati got to work destroying it. Birth control allowed women to be sexually independent. Why not be financially independent too?

A series of shows made women feel that being wives and mothers was “oppressive” i.e. healthy is sick. Homemaker and housewife became dirty words while fighting traffic every day to do some tedious work was invested with fairy dust. 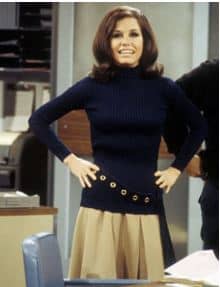 America in Primetime: “Far removed from the model housewife of yesterday, women today on TV care less about pleasing others, and more about being true to themselves.”

Why sacrifice for love when you can be selfish?  Sounds like Satan again doesn’t it? Love is sacrifice. As if devotion to husband and family wasn’t “being true to themselves?” As if career success is the path to fulfillment for most women.

The Mary Tyler Moore was the prototype of the “independent woman.”  When her mother asks her father, “Did you take your pill?” Mary thinks she is talking to her.

“Yes” both father and daughter reply. Thus, the show taught young women to go on the pill and have extramarital sex. 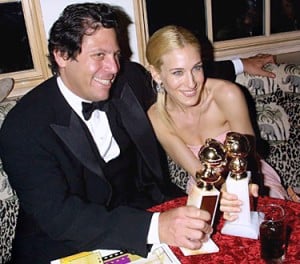 Women modelled themselves on Mary Tyler Moore, just like they imitated Sex in the City, 20 years later.

In the 80’s, men started being portrayed as wimps.  Someone wrote Thirty Something should be called “Whine and neuroses.”  The only exception to this trend was The Bill Cosby Show where the father was the head of the family. Turns out his was a deviant too.

Like men, women are also hardwired — to want to belong to one man who returns their devotion. Most women want to put motherhood before career. Yet the freaks that control popular culture mess them up by telling them their natural biological instincts are wrong. Instead of saving themselves for their husband, they are “empowering themselves” by getting drunk and hooking up with strangers.

TV and movies initiate us into the satanic cult which is modern society. A satanic cult controls and exploits its members by making them sick. Because television and movies were my reference point, I was dysfunctional until almost 50. I was obsessed with relationships and sex as a panacea. I didn’t know how to be a man. I idealized women and called it love.  There were no models of true masculinity. When dysfunctional sick people are your role models, you become dysfunctional.  Arrested development. Immaturity.  Three failed marriages. Confusion. Periods of depression. (I do take responsibility for being so trusting and gullible.)

Why are there so few positive role models on TV? Why so few examples of healthy, happy life?

My rehabilitation started when I started to question the messages I was getting and listened to my own instincts instead.

Liberals like to think the social trends of the last 50 years represent spontaneous social change. Rather, we were being degraded and inducted into a satanic cult. The Illuminati bankers are waging a diabolical war on us, and we don’t even know it.