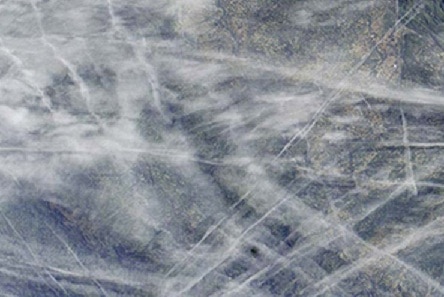 There’s a lot of talk about weather modification these days and many are beginning to wake up to the fact that the weather is being controlled. It’s an important subject that needs light shed on it as it is causing devastation around the world. But as I post the article below, I need to add that Weather Modification is not the only reason for chemtrails. After years of extensive research on the subject, I am convinced that the global aerosol programs are by far the most deadly threat not only to humanity but to all life on earth. If that sounds at all far fetched or like fear mongering to you, then you haven’t spent enough time reading some of the documents that the people behind the New World Order have turned out.

When researching this, don’t get caught up in sites that try to confuse you with arguments about global warming (that’s a lie), that ridicule the deadly agenda behind the spraying, or steer you down rabbit holes about extraterrestrial technologies (demonic-yes, alien-no). This is far too important a subject to continue to allow it to be watered down and convoluted.


The agenda to control the weather and demonize man as the culprit behind (artificially created) ‘climate chaos’ is well documented, as well as the agenda to depopulate and bring the world under global communism.

“The common enemy of humanity is man.
In searching for a new enemy to unite us, we came up with the idea that pollution, the threat of global warming, water shortages, famine and the like would fit the bill. All these
dangers are caused by human intervention, and it is only through changed attitudes and behavior that they can be overcome. The real enemy then, is humanity itself.”

As always, we must pray and we must act to bring awareness to what is being done to the very air we breathe. As a friend of mine, Greg Pallen, always says (roughly):’You can buy organic food, you can refuse to immunize your children, you can purify your water, shield yourself from EMF waves, (etc…) but you can’t control the air you breathe.’

For a very long time there was a colloquial saying about the weather, e.g., everyone talks about the weather, but no one can do anything about it. Well, not anymore! One just has to look overhead to see all the weather geoengineering that’s taking place, and being sprayed out of contracted airplanes, for that very purpose.

As far back as the 1960s, we have documentation that controlling the weather was a priority quest. Furthermore, what did former Secretary of Defense William Cohen [Jan 1997-Jan 2001; Bill Clinton Administration] know about electromagnetic waves and how they interacted with weather geoengineering when he supposedly said,

Others are engaging even in an eco-type of terrorism whereby they can alter the climate, set off earthquakes, volcanoes remotely through use of electromagnetic waves.

From the Executive Summary of the U.S. Air Force 52-page Report “Owning the Weather in 2025: Weather as a force multiplier,” this:

In 2025, US aerospace forces can “own the weather” by capitalizing on emerging technologies and focusing development of those technologies to war-fighting applications. Such a capability offers the war fighter tools to shape the battlespace in ways never before possible. It provides opportunities to impact operations across the full spectrum of conflict and is pertinent to all possible futures. The purpose of this paper is to outline a strategy for the use of a future weather-modification system to achieve military objectives rather than to provide a detailed technical road map.

A high-risk, high-reward endeavor, weather-modification offers a dilemma not unlike the splitting of the atom. While some segments of society will always be reluctant to examine controversial issues such as weather-modification, the tremendous military capabilities that could result from this field are ignored at our own peril. From enhancing friendly operations or disrupting those of the enemy via small-scale tailoring of natural weather patterns to complete dominance of global communications and counterspace control, weather-modification offers the war fighter a wide-range of possible options to defeat or coerce an adversary. Some of the potential capabilities a weather-modification system could provide to a war-fighting commander in chief (CINC) are listed in table 1.

Technology advancements in five major areas are necessary for an integrated weather-modification capability: (1) advanced nonlinear modeling techniques, (2) computational capability, (3) information gathering and transmission, (4) a global sensor array, and (5) weather intervention techniques. Some intervention tools exist today and others may be developed and refined in the future.

In the United States, weather-modification will likely become a part of national security policy with both domestic and international applications. Our government will pursue such a policy, depending on its interests, at various levels. These levels could include unilateral actions, participation in a security framework such as NATO, membership in an international organization such as the UN, or participation in a coalition. Assuming that in 2025 our national security strategy includes weather-modification, its use in our national military strategy will naturally follow. Besides the significant benefits an operational capability would provide, another motivation to pursue weather-modification is to deter and counter potential adversaries. [2]

However, was the military satisfied to leave weather geoengineering only for the battlefield? Apparently not, as we can see in the skies above our heads and the weather anomalies, including EMF waves, on various NOAA and other aerial satellite maps published at www.geoengineerigwatch.org [3] The process of manipulating atmosphere moisture (for creating SRM cloud canopy over the largest possible regions) is wreaking havoc on the climate and ecosystems. [3]

When will insurance companies, farmers, cattle ranchers, the media and citizens wake up to what’s going on above our very heads, done under the guise of “defense” and “national security,” which is ruining lives and economies?

Have you experienced what’s called the “chemtrail cough” [5-6]? A hacking that you can’t get rid of for months and your doctor doesn’t know what to do for it? There’s even “chemtrail flu.” [7]

This YouTube video explains more than the new world order controllers apparently want us to know.

Even tornadoes probably are being geoengineered, as has been stated by researchers! [8]

In 2013 the U.S. Naval Research Laboratory embarked upon a campaign to produce the densest artificial plasma clouds using HAARP, the High-frequency Active Auroral Research Program, operated out of Gakona, Alaska. [9] There is a “network” of HAARPs in numerous countries around the globe. What does that tell you about conspiracies? They are REAL, alive, thriving and being pulled off by government agencies and military planes too. Aren’t we constantly overwhelmed by the latest weather reports and/or catastrophes, which “gagged” weather readers on TV screens, radio and elsewhere are trying to make us believe are normal “Acts of God”? However, shouldn’t they be a little more humble and remember, “You don’t eff with Mother Nature, and get away with it.”

Remember these weather events, and shouldn’t we question what role the weather geoengineers played in orchestrating them: The true severity of the drought in the west is not accurately reflected in the drought monitor&rdquo;[sic] map above. The actual conditions on the ground are much much [sic] worse as California has been descending into ever worsening drought for 7 years now. This season to date there has been no significant rain at all. [12]

Spring planting season is coming soon; how will it be affected by toxic weather spraying, man-made torrential rains and tornadoes? As I write this, parts of the State of Louisiana are under water. [13] A record-setting rise in the rivers of Louisiana!

Can you plant your own food garden this year? Plant non-GMO seeds, if you do.

It’s time to get our heads out of the sand and realize what’s going on.

Wake up and see the chemtrails—technology’s poison clouds.

Maybe this video can help you clear the cobwebs out of your mind about some things. 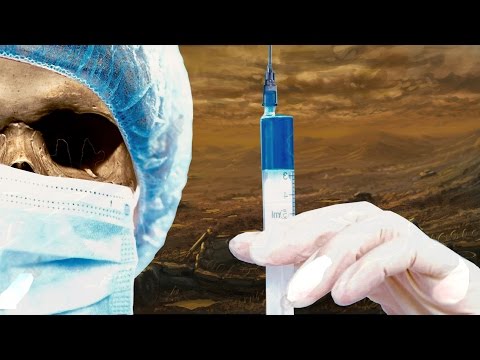 Her 2012 book A Cancer Answer, Holistic BREAST Cancer Management, A Guide to Effective & Non-Toxic Treatments, is available on Amazon.com and as a Kindle eBook.

Two of Catherine’s more recent books on Amazon.com are Our Chemical Lives And The Hijacking Of Our DNA, A Probe Into What’s Probably Making Us Sick (2009) and Lord, How Can I Make It Through Grieving My Loss, An Inspirational Guide Through the Grieving Process (2008)