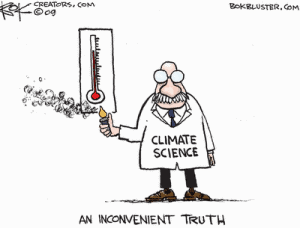 We hear a lot about an agenda to create a One World” economy, religion, government, etc…  just to see it waved away by those that are led like sheep by the mainstream media as a “conspiracy,” with suggestions of going out to buy a tin foil hat or three, but for those that just open their eyes and use any search engine, information on this agenda is there right out in the open.

One of the biggest lies told to date and more importantly the purpose for that lie, can be found on the United Nations Regional Information Centre for Western Europe website.

3 February 2015 – The Top UN Climate Change Official is optimistic that a new international treaty will be adopted at Paris Climate Change conference at the end of the year. However the official, Christiana Figueres, the Executive Secretary of UNFCCC, warns that the fight against climate change is a process and that the necessary transformation of the world economy will not be decided at one conference or in one agreement.

“This is probably the most difficult task we have ever given ourselves, which is to intentionally transform the economic development model, for the first time in human history”, Ms Figueres stated at a press conference in Brussels.

“This is the first time in the history of mankind that we are setting ourselves the task of intentionally, within a defined period of time to change the economic development model that has been reigning for at least 150 years, since the industrial revolution. That will not happen overnight and it will not happen at a single conference on climate change, be it COP 15, 21, 40 – you choose the number. It just does not occur like that. It is a process, because of the depth of the transformation.”

As snow piles up on the East coast in “record levels,”, as news reports show that the Summer of 2014 was the coldest in a decade, as the “biggest science scandal” is exposed proving that temperature data had been fiddled with and “dramatically reversed”  to show a trend over the last 60 years of warming when in actuality it showed cooling, the mainstream media and global officials continue to beat the drums of “climate change,” and “global warming.”

We didn’t see a lot of MSM headlines on the deliberate tampering of data to reflect the desired outcome of official numbers vs the real data, but we did see an overabundance of headlines in almost every news outlet blaring out the news that according to NASA 2014 was the “warmest on record,” yet a look into those NASA figures, shows that too is a lie. NASA reported their “estimates” rather than the collected data which showed something far different.

In a press release sent out last week, NASA claimed 2014 was the “warmest year on record,” a widely disputed allegation that made headlines worldwide almost instantly. What NASA failed to mention, though, was far more important: The agency’s own satellite temperature data for last year show that 2014 was only the sixth warmest since NASA’ Remote Sensing Systems (RSS) satellites went up less than four decades ago. Despite actually boasting of its satellites monitoring “Earth’s vital signs” in the announcement, NASA opted to highlight its dubious temperature “estimates” rather than the objective, unmanipulated, comprehensive global data collected by its own expensive taxpayer-funded technology.

In fairness, after being pressed by increasingly skeptical journalists on its data, NASA scientists claimed to be only 38 percent sure that last year was actually the warmest on record. The press release declaring 2014 to be the “warmest on record” failed to mention that fact, however. When asked by the U.K. Daily Mail whether the NASA scientists behind the data regretted not mentioning the crucial fact that the margin of error was greater than the alleged temperature difference between other years and 2014, they reportedly stopped responding to questions. The New American had a similar dialogue with NASA’s top climatologist last year that ended just as abruptly, and without real answers.

As was said to me via email this morning in regards to the constant lies and neural linguistic programming on “global warming,”  by the MSM, their mindset is “who are you going to believe? Us (the MSM) or your lying eyes?”

Sadly, many would rather believe the lies rather than actually think for themselves, do their own research.

The purpose for this huge man-made global warming lie was exposed outright by the quote above from Figueres. The global community has put all their eggs into the climate change basket as their launch for a “tranformation of the world economy,” and rather than sacrificing those eggs they are pushing the lies even harder.

In another email this morning I was told “In the game of global poker, when someones bluff is called they have to triple down on their lies.”

That is exactly what they are doing. 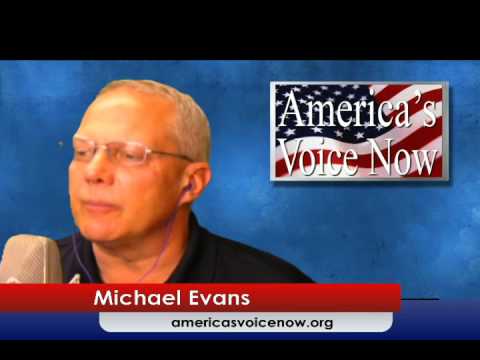