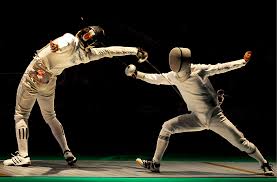 Things are getting very precarious out there in this upward scramble to freedom, and it continues to get more difficult to track everything that’s going on. We never know what we might hear from day to day on any one of the numerous fronts we’re following as the Light forces take down the cabal… peg… by peg…by peg. Exciting times!

Can you imagine the firestorm if Putin follows through? This could be “the shot heard ’round the world’.

I find the second last paragraph out of sync with what’s really happening, as the ‘rogue states and Islamic terrorists’  are a result of America’s deceitful warmongering and financial backing and training. I guess they don’t recognize this outwardly. If they expose the cabal’s underhanded ministrations to ISIS, etc., and it’s finally out in the open, the terrorism must stop. However…

…we’ve been warned that things will get really crazy before it’s over. When things get tough, I remind myself that I fought tooth and nail to be one of the few competing souls who gets front row seats to this momentous victory in Humanity’s history. En garde!  ~ BP

Pravda: US fears Russian publication of satellite photos of the tragedy of 9/11

SOTN Editor’s Note:
The PRAVDA article posted below is a rather crude translation. However, the content is far too important not to post.  Therefore, we have included the original link from PRAVDA for anyone who wishes to acquire a better translation.

http://www.pravda.ru/news/world/northamerica/usacanada/07-02-2015/1247485-0/
Should anyone produce a professional translation, please feel free to send it to us at: admin@stateofthenation2012.com

(Editor’s note:  Russian satellite evidence proving the controlled demolition of the World Trade Center using “special weapons” was reviewed by a VT editor while in Moscow.  The article below was forwarded to us for publication in the US and translated from Russian. It is 3 days old, published on February 7, 2015.)
–

Moscow (Pravda):  American experts believe that despite the fact that relations between the US and Russia reached the worst point since the Cold War, Putin caused Obama only small troubles so far.  Analysts believe that this “calm before the storm”.  Putin is going to hit once, but he’s going to hit hard. Russia is preparing the release of evidence of the involvement of the US government and intelligence services in the September 11 attacks. In the list of evidence is included the satellite images from 9/11.

Published material can prove the US Government complicity in the 9/11 attacks and the successful manipulation of public opinion. The attack was planned by the US government, but executed by using  proxies, so that an attack on America and the people of the United States looked like an act of aggression of international terrorism.

The motive for deception and murder its own citizens served US oil interests and the Middle Eastern state corporations.

The evidence will be so convincing that it utterly debunks the official 9/11 cover story supported by the US government.

Russia proves that America is no stranger to using false flag terrorism against its citizens in order to achieve a pretext for military intervention in foreign countries. In the case of “the September 11 attacks,” the evidence will be conclusive satellite imagery.

If successful, the consequences of Putin’s tactics would expose the US government’s secret terrorist policies. The government’s credibility will be undermined and should bring about mass protests in the cities leading to an uprising, according to American analysts.

And then, how will the United States look in the world political arena? The validity of America’s position as a leader in the fight against international terrorism will be totally undermined thereby giving immediate advantage to the rogue states and Islamic terrorists.

The actual development of the situation could be much worse, experts warn.