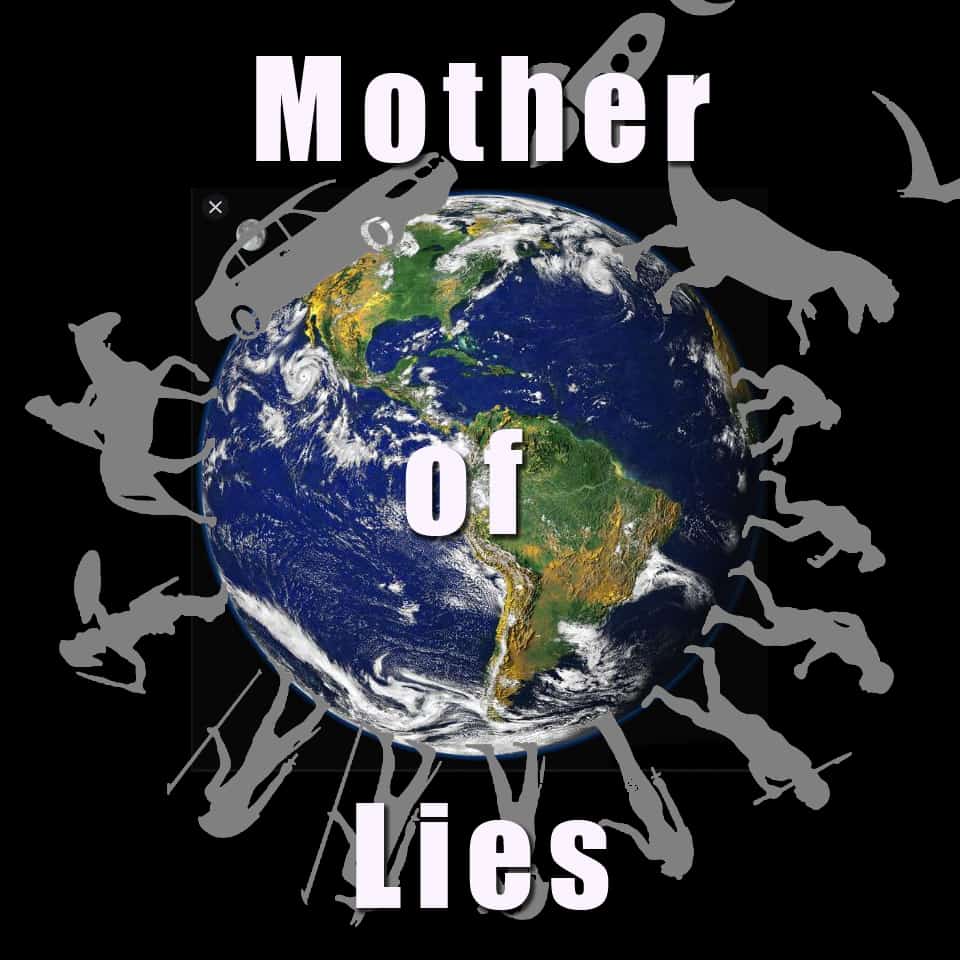 From the fake pandemic; to fake climate change; to poisonings through modified food, pharmaceuticals, the water and air; to the socially engineered left vs right paradigm in politics and contrived, controlled religions; to programming through the media; we’ve been subject to deception upon deception, fear upon fear. Many are realizing today that the very reality we’ve been living under is a created matrix of lies, but miss the ultimate reality that it all represents only ONE LIE:

The lie that we are not the creation of almighty God, created with a purpose, the fulfillment of which is the only thing that will ever bring us fulfillment, peace and joy, and can only be achieved by faith through the Son; the Lamb of God. And to convince us instead that we are our OWN god; that we hold our OWN destiny in our hands and that we will find that destiny, we will “ascend”, by looking WITHIN ourselves – OURSELVES! Our fallen, imperfect, futile, limited selves, who were born with only one certainty; that we will most assuredly die.

Make no mistake: NO ONE has ascended except JESUS CHRIST, the Son of the Most High God; our CREATOR! NO ONE has obtained eternal life through their own merit! NO ONE! EVERYONE who has ever taught this lie is dead and buried!

Particularly since the lockdown, people have time on their hands and want to know what’s going on. “Truth” – has largely become another means to suck people into this grand delusion. Inspiring them to rise up, to protest – or, more “spiritually”, to “repent” in a false, corporate sense of the word – together with people who follow a different god and different Jesus. (What do they do with 1 Peter 2:9 telling us that in Christ WE ARE a holy nation?… but I digress.)

As I read the words in my Bible each day I constantly wonder; “Are people not READING THIS? How are they following ideas and doctrines that are so clearly in conflict with the words on these pages?” I can only conclude that either they aren’t, or they’ve subjected themselves to a teaching of man and can no longer see what’s plainly written.

But God is not shaken by any of this. He reigns in perfect peace in the throne room above. He knew these days would come and warned us about them in advance. (2 Tim 4:3)

The arenas of deception are religious, political and scientific (which, scripturally, is also a religion; “science falsely so called” – 1 Tim 6:20) – hence Rev 13’s beast on the land (political) and beast on the sea (religious). It would be an extremely long post to go into them all in depth. But one of the most pervasive lies upon which SO many other lies are built is the lie of heliocentrism, or the globe lie; namely, that we are living on a spinning ball that’s flying through an incalculable void or “outer space”.

Has the flat earth model been perfectly explained? No, it hasn’t, but that actually serves to affirm it in my mind. Personally, I love the fact that science, which has set itself up as the great “truth”, is unable to define and measure the miraculous created realm that we call home. Why would we expect that it could? But what we do know is that there is ample evidence that the earth cannot be a globe.

I came upon this well thought out list of facts that challenge the “globe” lie. This might be nice to have printed on an information card.

by Matt Procella (of ODD TV)

REASONS THE EARTH IS FLAT:

The Bible repeatedly describes the Earth as stationary, geocentric, and enclosed in a solid dome structure called the firmament that divides the waters from the waters.

Images of the Earth from space are admitted to be computer-generated.

We’re able to see objects such as land, structures, buildings, and boats that are supposed to be beyond the curve.

NASA and Obama say we can’t leave low earth orbit due to the Van Allen Belts.

NASA says they lost the technology to go to the moon but is ready to go to mars.

The North Star, Polaris, never moves and the constellations have never changed.

Weather balloon footage and footage from airplanes show the horizon to be flat and always at eye level.

None of the Astronauts that supposedly landed on the moon would swear on the Bible. They get unreasonably angry when asked.

Water is always level and is said to make up 71% of the world.

The heliocentric model was created by Jesuits.

Big Bang Theory also a product of the Jesuits.

All the space agencies across the land share the same vector logo.

Gravity is strong enough to hold the oceans to the earth yet balloons, birds, planes, & clouds fly with ease.

No observable proof of evolution.

Sun rays come down in angles and not parallel, proving a smaller and closer sun.

Superzoom cameras show that boats do not go over any curve.

Neil Degrasse Tyson says the earth is pear-shaped while we’ve always been shown perfect spheres on the CGI images.

More than one light source in Moon landings images.

The United Nation’s logo is a Flat Earth map.

It took Captain Cook 3 years and 60,000 miles to circumnavigate the Antarctic Circle.

Underground cables and ground-based towers are used for our communication.

Flight paths make much more sense on a Flat Earth.

All but one challenger crew members are proven to still be alive today even though they all supposedly died in 1986.

No genuine 24-hour live feed of the Earth from space.

No actual photos of Satellites in Space.

No documented evidence of ISS being built.

Antarctic Treaty signed by countries that are at war with each other. The world is a stage.

Admiral Byrd said that there is more land past Antarctica.

The Michelson–Morley experiment proved the Earth is stationary.

Auguste Piccard, the first man to reach the stratosphere, said the Earth seemed a disk with an upturned edge.

The Sun & Moon visible in the same sky.

Rockets never go straight up. They curve back down into the area known as the Bermuda Triangle.

Our own senses tell us that the earth is flat and stationary.

The Globe Model was created 500 years ago by Jesuits. This is easily traceable.

No one has ever circumnavigated the earth from north to south, only east to west.

No parallax with the stars.

Sun shrinks smaller as it sets when there’s little to no moisture in the air.

We only see one side of the Moon at all times.

Architects, Excavators, and Railroad Engineers don’t account for the curve.

Airplanes fly level and don’t account for the curve.

We’ve only been able to dig 8 miles into the Earth, yet they say we have a molten core.

The Selenelion Lunar Eclipse where the sun and moon are both visible above the horizon.

The Analemma Time Lapse of the Sun.

PHENOMENA, EXPERIMENTS, AND TOOLS THAT DISPROVE THE GLOBE: