Stanley Kubrick: Because it is impossible to get there.

*Is it a coincidence that this was filmed with a “one eye” lighting effect, or is it more evidence that the prevailing powers are exposing this themselves?

The Real or “New” New World Order is a spiritually-based deception. As the masks are being ripped off, we need to keep their greater agenda in mind.

Kubrick claims that he was approached by agents of the government with a view to faking the moon landings during the administration of President Nixon. He said that his reasons for engaging in the project were nothing to do with noble intentions about ensuring American supremacy in the space race with the Soviet Union but a good deal more venal than that. He said that he was incredibly flattered to have been selected for all the great directors who were his contemporaries and the appeal to his vanity, in addition to the bribes he claims to have received, were enough to convince him to go through with the controversial project.

Kubrick said that at the time, he viewed the work in a similar way to all of his other films. However, after a long period of contemplation about his involvement in the project he wanted to come clean. “I’ve always been conflicted by it, but not consciously until years later. I was just blown away by the chance, the opportunity, the challenge of making this, this production, and I went into this like it was a regular film, like another regular film of mine, not thinking too much about uh the long term effects of what it would mean to society if it was ever discovered, ” he told Murray. 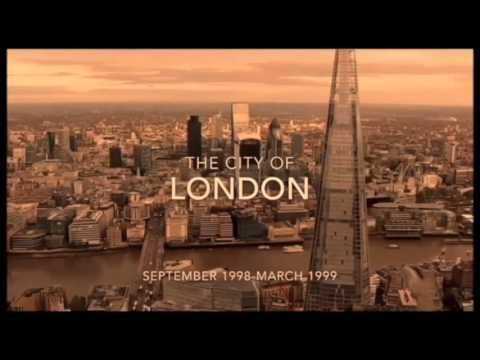 So if this interview was real, why can’t this filmmaker just release the interview for factual historical documentation?

If this was a real confession of Kubrick, we think it stands on its own and has the potential to affect every citizen on this earth.

Here is the transcript:

K: I’m so preoccupied. With my work, innovation, risk-taking, regrets…

T: Why are you giving this interview?

K: Because, it started to get to me after awhile. Well, this is difficult, because it is the first time I’ve talked about it. (sighs)

T: Sure, take all the time you need.

K: I’ve always been conflicted by it, but not consciously until years later. I was just blown away by the chance, the opportunity, the challenge of making this, this production, and I went into this like it was a regular film, like another regular film of mine, not thinking too much about uh the long term effects of what it would mean to society if it was ever discovered.

K: Well, a confession of sorts. A movie I made, that nobody is aware of – even though they’ve seen it.

T: A movie you made, no one knows you made? Is that what you said?

K: That’s right. Is that intriguing? Do I have you intrigued?

T: Ok. (laughs) What are you talking…You’re serious. Ok.

T: I, I, I worked almost eight months to secure this once in a lifetime interview that almost no else could ever get, and instead of talking about his sixteen films that I’ve endured since I was a child…That we didn’t land on the moon, you’re saying?

T: The moon landings were fake?

K: Don’t you think it’s important for people to know the truth?

T: The moon landing in ’69, which was two years before my birth…

T: Is that?…So, that’s the 15 year thing. So that’s makes sense now. That’s why I can’t release it for 15 years now, that makes total sense now.

T: Did we…we didn’t land on the moon you’re saying?

T: Why are you telling me?

K: A, a, a, a massive fraud. An unparalleled fraud perpetrated against them. They SHOULD know.

K: Nixon want to uh, they were planning, yeah, he want to fake this, this moon landing…

T: Are you contending that people DON’T want to know the truth about the world, reality, the moon landings…?

T: How did you end up giving in? Being complicit with this fraud?

T: This is NOT where I thought this interview was going!

T: I only have this certain amount of time with you. And I’ll talk about whatever you want, but…

T: You’re not…This isn’t some type of joke, or…

T: Or a film within a film thing…

K: The conspiracy theorists were right, on this occasion.

T: I don’t know what to ask you first.

K: I thought it was wrong, I just…I didn’t believe in perpetrating a fraud like that.

K: It also undermined my artistic integrity to do that.

T: Ok, but you ended up saying yes. Why?

K: Well, yes, but because basically I was bribed. To put it bluntly, that’s what it was. It was just a plain fucking bribe.

T: Why are you telling me?

K:A, a, a, massive fraud. An unparalleled fraud perpetrated against them. They SHOULD know! Don’t you think it’s important for people to know the truth?

K: It’s no secret that NASA always wanted to fulfill this Kennedy prophecy.

T: Take it from the beginning…

T: Yeah, he wanted his approval points up and he thought nothing could do it better than this.

T: What a conflict. I mean, gosh, I can’t imagine being presented with that opportunity. On one hand, I’d really would want to do it, but then I’d probably say I’m committing a crime, and lying…

T: It depends, but my guess would be…no, if you’re good, but you would do it.

K: Spielberg, (inaudible) Scorsese, even Woody Allen. There isn’t one of them who wouldn’t do this.

T: But they dangled all this power and all this flattery on you, essentially?

K: Yeah, it got to me after awhile. You can listen to so much of that stuff before you start to believe it.

T: They just said you were the greatest and stuff?

K: Why are you telling the world? Why does the world need to know that the moon landings aren’t real and you faked them?

K: Which I consider to be my masterpiece.

T: And you can’t take credit, or even talk about…

T: So, you can’t talk to Roger Ebert about it. Does that frustrate you?

K: Because it is impossible to get there.