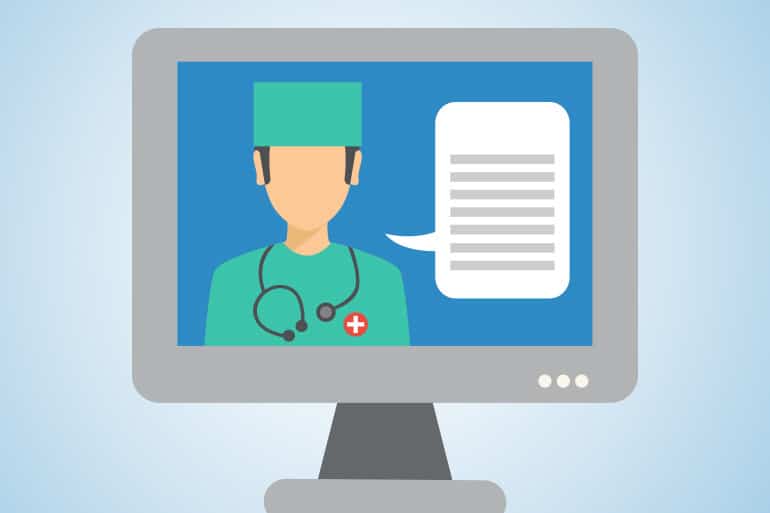 Here’s an important article about the financing (follow the money)/agenda behind online medical advice . But it’s important to keep in mind that most truther sites are subtly advocating the New Spiritual New World Order. For instance, here’s an example of the spiritual leaning of Dr. Mercola:

Unveiling the Depths of the Human Psyche: Psychedelics May Unlock Parts of the Mind That Are Normally Inaccessible.

(Psychedelics like DMT, LSD and psilocybin are used by occultists to traverse the spiritual realm, but their vehicle is the fallen soul. There is a spiritual realm that man was originally created to enjoy in the garden, but when man fell, God banished him from it because he is much too vulnerable to spiritual deception there.)

This is the challenge for Christian truthers: Exposing the New World Order when that’s exactly what the PTB are doing through layers upon layers of deception in order to bring about their greater totalitarian plan. On the one hand, the New World Order has to be exposed. Communism is satanic. But much of the exposure we’re finding online is a trap designed to sweep us into a spiritual deception. The only truth lens is the gospel of Jesus Christ. (Jn 14:6, Jn 18:36)

“WebMD and Medscape are the market leaders in online health with unparalleled reach to consumers and health care professionals. Since its founding, WebMD has established itself as a trusted resource for health information. We look forward to delivering that resource to even more users, by leveraging our combined resources and presence in online healthcare to catalyze WebMD’s future growth.”

Herald Chen, head of KKR’s technology industry team added, “The combined portfolio of leading vertical internet assets will be a powerful one.” Indeed, according to Fast Company, “KKR is trying to corner the market on internet-based health information dissemination at a time when Googling random symptoms … has become … common practice.” A 2016 Google blog post describes how it generates its symptoms’ lists,8 acknowledging that searching for information on common symptoms can oftentimes lead to a descent into an information jungle fraught with frightening and rare health conditions.9

Virtual Doctoring Is All the Rage

In recent years, the internet and medicine have become increasingly intertwined, giving rise to “virtual medicine” and rampant self-diagnosing — a trend that largely favors drugs and costly, invasive treatments. Here are just a sampling of developments aimed at connecting consumers with various medical products:

What most people don’t know is that KKR used to own tobacco conglomerate RJR Nabisco. As noted in the journal Tobacco Control in 1996,17 “After engineering a stock swap with Bordens [sic] in 1995, KKR no longer directly owns RJR Nabisco stock. This case study underscores the need for public health advocates to be watchful of the tobacco industry’s efforts to control public access to news about tobacco.”

The case study in question explored how KKR’s ownership of Nabisco may have influenced tobacco-related news stories in the student newspaper Weekly Reader, after the newspaper was acquired by KKR. To this day, the Weekly Reader (now merged with Scholastic News Magazine18) publishes Current Events for sixth to 10th grade students.

The content of 182 issues of Current Events were analyzed — 71 of them published before KKR’s acquisition of Nabisco and 111 published after. Only four of the 71 pre-acquisition issues featured tobacco-related news, compared to 12 articles in the 111 post-acquisition issues. According to the author:

“The content of tobacco-related news stories shifted after KKR’s acquisition to portray tobacco as a ‘forbidden fruit’ that is attractive to teenagers. This was done by focusing on new policies and programs to discourage teenagers from smoking, the mythical threat of prohibition, and the supposed popularity of smoking, while giving relatively little attention to the health consequences of tobacco use.”

In essence, while the stories superficially discouraged children from smoking, word choices and phrasing sent a subconscious message to the contrary. Now, this same tobacco-related company is gaining a vast internet platform where their messaging will have a huge influence on health and medicine. As the sarcastic saying goes, “What could possibly go wrong?”

It’s worth remembering that WebMD has already come under fire over conflicts of interest, and in 2010 was caught providing users with a fake depression screening test. The test — in which 100 percent of quiz-takers ended up having a “high likelihood of major depression” and were directed to talk to their doctor about treatment19,20 — was sponsored by drug giant Eli Lilly, the maker of Cymbalta.

The quiz was really direct-to-consumer advertising masquerading as a valid health screen, and this is perhaps the most hazardous kind of drug advertising there is. Seeing an ad on TV or in a magazine is one thing — you can recognize that as marketing. But a test on a well-respected health site? Few would consider that such a test might be rigged, which is probably why it was done in the first place. With the tobacco industry now at the helm, I doubt WebMD’s peddling of paid advertising as educational information will improve any.

WebMD is a great example of the brilliant marketing the drug companies are doing. The site appears to be an independent objective third party, but when you draw back the curtain, you find it’s really the drug companies that are crafting the message and the recommendations.

It’s also worth noting that WebMD is partnered with the U.S. Food and Drug Administration (FDA), which virtually assures you will not learn about alternatives besides those approved by the FDA for your condition. This partnership further strengthens the promotion of sponsored drugs, and, by default, you will be kept in the dark about strategies that can make a real and lasting difference, and often cost very little or nothing.

Where Are We Headed?

The lack of independence among promoters and distributors of health information is of tremendous concern. When major health websites are paid by both industry and government bought by industry, there’s little chance of getting complete and honest information. Add to that Google’s monopoly and its subsequent influence on internet messaging about diet and medicine — not to mention its social engineering efforts — and the future looks rather grim indeed.

Google has also taken it upon itself to be an arbiter of “fake news,” censoring information according to its own criteria of what is true or false. Needless to say, this makes it really easy for Google to censor information that isn’t in its own best interest, including health and diet-related information21 (the company is actually leading the way toward the normalization of meat substitutes22,23).

According to a recent Campaign for Accountability report,24 Google has paid academics in the U.S. and Europe millions of dollars to influence public opinion and policymakers.25,26 This includes funding research papers “that appear to support the technology company’s business interests and defend against regulatory challenges such as antitrust and anti-piracy.” Some of these academics have not declared the source of their funding, even though payments have reached as high as $400,000. As noted by The Times:27

“On one occasion Eric Schmidt, Google’s former chief executive, cited a Google-funded author in written answers to Congress to back his claim that his company was not a monopoly — without mentioning that it had paid for the paper …”

Music Technology Policy also published a long article28 last year describing how Google managed to install one of its own lawyers in the Department of Justice antitrust division, thereby protecting its own interests. As we look to the future, we also have Google’s sights on artificial intelligence (AI) to contend with. Already, two large monopolies have joined forces to bring about the ultimate AI world.

As reported by The New York Times,29 Amazon and Microsoft are merging their voice-controlled digital assistants — Alexa and Cortana — to enlarge the capabilities of both by building on each other’s strengths and abilities. Ultimately, the goal is to create self-learning AIs capable of imitating human thought processes. As for the use of AI’s as diagnosticians of disease and “virtual doctors,” there’s really no telling what might happen.

Be a Conscious Technology Consumer

Google and its various divisions has turned into an octopus-like super entity with tentacles reaching into government, food production, health care, education and the creation of AIs that may run more or less independently. A key component of many of these enterprises is data — your personal usage data; the tracking of every webpage you’ve ever visited and every single thought you’ve ever written on a Google-enabled device, along with geo tracking tracing your every move.

Ultimately, that information can be used to subtly but powerfully influence your health care and lifestyle decisions. WebMD, now under the control of a company with tobacco industry ties that go back decades, also wields enormous influence over people’s health decisions, and through its partnership with Google Home smart speaker, WebMD and Google are poised to become the go-to virtual doctor that is always available to answer any and all health concerns.30

Anyone who has spent even a small amount of time pondering the ramifications of Google’s ever-growing monopoly over our day-to-day lives is likely to shudder at the possibilities. To minimize personal data leaks, boycott all things Google. As for WebMD, remember who owns them, and filter any information you get from them through that knowledge. Below is a summary of action steps you can take. For more information, see Goopocalypse.com’s boycott Google page.