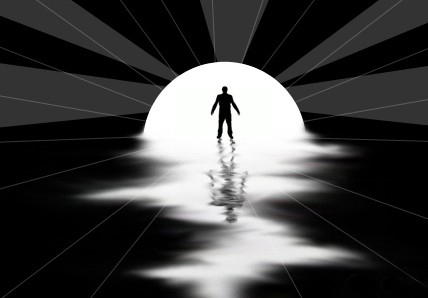 A while back I had the privilege of talking with Gonz Shimura of Canary Cry Radio about my near death experience (NDE). Basil, Gonz’ co-host, also interviewed someone who had experienced an NDE, but who’s story is quite different than mine. Here is the show that Gonz put together from our two interviews. My heartfelt appreciation goes out to Gonz for the excellence and care that went into this production!

If the player doesn’t work on your SmartPhone, here is the link to the original post on Canary Cry Radio

THE THREE BIGGEST QUESTIONS for mankind are 1.) Where are we from? 2.) Why are we here? and 3.) Where do we go when we die? The first two questions have been debated for as long as recorded human history. However, the third question, “Where do we go when we die?” is a bit more difficult to answer and investigate because people don’t normally return from the dead to tell us about it. Or do they? According to those who have investigated the phenomenon called the Near Death Experiences, there is most certainly a life after death. People who have had Near Death Experiences have often reported similar accounts which indicate that there may be something to it.

First, Basil tells a story about a man named Shawn Weed and his Near Death Experience. Shawn was in the military and visited the outer darkness, encountering a demon, and almost went to hell before he was saved by an angel. The story in its entirety can be seen below on YouTube. We took the story and retold it in Canary Cry Radio style!

The second story is told me Gonz from a conversation he had with someone who had a Near Death Experience named Yvonne. Yvonne found herself in a heavenly realm being carried by an angel on her way to where she believed was God’s throne. This amazing story led her to see how corrupted the creation really is. As a result, Yvonne was part of Geoengineering Watch dot Org. Now she runs a website called His Heavenly Armies (https://christianobserver.net/)