Recently, there has been an outpouring of anti-Christian commentary on this blog, both in the comments and in my inbox. It is difficult for me to address all of these accusations individually, so I wanted to take a moment to reach out to the large percentage of my readers who are not Christian. Particularly, to those who have a very negative view of Christians and Christianity. I pray that you’ll just give me a few moments of your time. This is my personal message to nonbelievers.

I have been exactly where some of you are. I went from hating God to outright denying His existence. I couldn’t conceive of an all loving Creator. It didn’t make sense to me. And I REALLY hated Christians. HATED them! I figured they were all about judgement. I would use scripture against them, and really liked to watch them squirm. Who could blame me? I’ve seen it all. I’ve seen Christians who are jerks. I’ve seen Westboro Baptist Church. I was told by a preacher that I was going to hell because my heart was black as coal. I wasn’t even 10 years old when that message was delivered to me by a “man of God.” I saw the sideways glances and felt the contempt from so many people who claimed to love this Jesus. Frankly, I thought it was a load of BS and I wanted NO PART OF IT.

I tried the Christian thing for many years. I was probably what you could call a CHRNO (Christian in Name Only). I taught Sunday school at age 19, even though I wasn’t convinced that the Bible was true. I went to camps and retreats and ski trips and more. I got confirmed, I took communion, I memorized bumper sticker scripture. But all I felt was judgement. All I felt was disappointment.

Somewhere, I knew there HAD to be more to this life. I really wanted to find it. I went through agonizing years of searching for some other belief system to fill the void. Nothing worked. I became a wreck. I did precisely what some here are doing. I projected my hatred onto others. I hated these people who seemed so happy, and I just assumed they hated me as well. So I’d say things like, “Freak!” and “You’re so judgmental!” even when no one was actually judging me. I got close with a number of very devout Christians, and I imagined that their life must be miserable. I felt sorry for them. I was just so angry. I called my anger “passion”… but truthfully, I was just plain pissed off.

I liked to speak with authority about how Christians were full of it. It made me feel like I was smarter. More evolved. More enlightened. Christians were the rusty link in the human chain. The leaky hole in the bucket of progress. I was better. I was smarter. I had it figured out. I said things like “I would rather be free in hell than a slave in heaven.” I was rebellious! And I was really cool. I was at the height of my anti-Christian rhetoric the first time I contemplated suicide. Looking back, I am surprised that I didn’t make the connection between my emptiness spiritually and my emptiness emotionally. I just thought I was awesome, even while I thought I was nothing.

Then, at my lowest low, I had an experience of deliverance. It didn’t come from a church or a pastor or concerned friends or family. It came from a direct word from God and He told me to be anxious for nothing. (Philippians 4:6) He came to me when I was drowning. I was adrift in an ocean of despair, and he wanted me. Me? Me! And I decided that a God who cared that much about me must be the real deal. Things didn’t miraculously change that minute. Life wasn’t and isn’t all roses, but I did change. I started to see people differently. I started to see people the way Jesus sees people. Broken. Hurting. Beautiful. Worth saving. Totally worth it.

Life became worth living, but more than that… I now had a purpose. And remember how I used that phrase about being a slave in Heaven?? Well, now I was able to see that with Jesus, I was more free than I had ever been in my life. 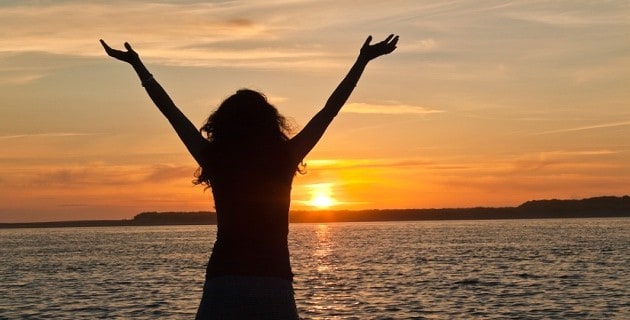 And I realized that Christians are impossible to compartmentalize. Those old ladies in their church pews condemning everyone… well guess what? They don’t deserve Grace any more than I do. Those pastors who made me feel like a failure. They don’t deserve salvation and forgiveness any more than I do. Yet He loves all of us. And has Grace abundant enough for everyone. All you have to do is receive it.

You know who else is impossible to compartmentalize? Nonbelievers. Christians kinda love to lump every non-Christian into a single camp. But that’s not how it works. Everyone has a story. Everyone has a struggle. And everyone is capable of receiving His grace. Right where they are. No need to get your life together first. No need to be perfect. No need to feel like you’ve got it all figured out. Just receive it. Believe that He can save you. He will. And on that day, I promise you, you will change. You will see the world in a way that you’ve never experienced it before. And that animosity will fade away. You will start to see people through His eyes. 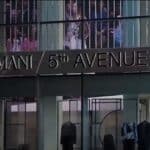 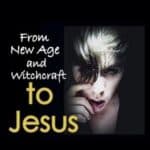