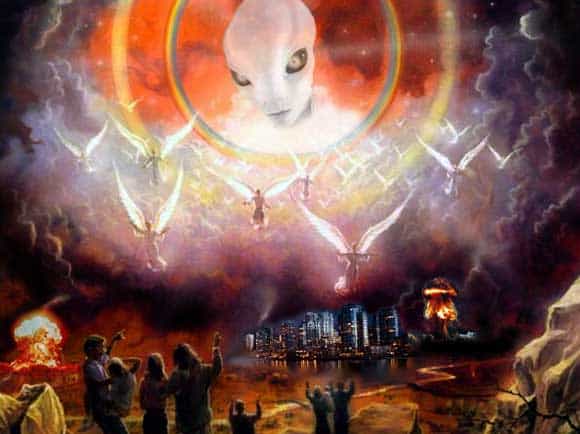 While being interviewed by Ben Stein for his highly controversial documentary “Expelled: No Intelligence Allowed”, Richard Dawkins, the father of modern atheists and author of the mega-bestseller, The God Delusion, admits that he now believes that “Intelligent Design” is the reason for all creation. 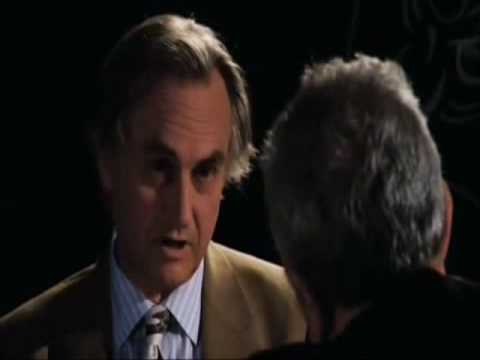 Addressing evolutionists’ immovable stand against the possibility of a divine creator, Henry Morris Ph.D. of the Institute for Creation Research writes:

“The question is, just why do they need to counter the creationist message? Why are they so adamantly committed to anti-creationism?

The fact is that evolutionists believe in evolution because they want to. It is their desire at all costs to explain the origin of everything without a Creator. Evolutionism is thus intrinsically an atheistic religion. Some may prefer to call it humanism, and “new age” evolutionists place it in the context of some form of pantheism, but they all amount to the same thing. Whether atheism or humanism (or even pantheism), the purpose is to eliminate a personal God from any active role in the origin of the universe and all its components, including man.

The core of the humanistic philosophy is naturalism — the proposition that the natural world proceeds according to its own internal dynamics, without divine or supernatural control or guidance, and that we human beings are creations of that process. It is instructive to recall that the philosophers of the early humanistic movement debated as to which term more adequately described their position: humanism or naturalism. The two concepts are complementary and inseparable.21

Since both naturalism and humanism exclude God from science or any other active function in the creation or maintenance of life and the universe in general, it is very obvious that their position is nothing but atheism. And atheism, no less than theism, is a religion! Even doctrinaire-atheistic evolutionist Richard Dawkins admits that atheism cannot be proved to be true.

The atheistic nature of evolution is not only admitted, but insisted upon by most of the leaders of evolutionary thought. Ernst Mayr, for example, says that:

A professor in the Department of Biology at Kansas State University says:

Even if all the data point to an intelligent designer, such a hypothesis is excluded from science because it is not naturalistic.24

It is well known by almost everyone in the scientific world today that such influential evolutionists as Stephen Jay Gould and Edward Wilson of Harvard, Richard Dawkins of England, William Provine of Cornell, and numerous other evolutionary spokesmen are dogmatic atheists. Eminent scientific philosopher and ardent Darwinian atheist Michael Ruse has even acknowledged that evolution is their religion!

Another way of saying “religion” is “worldview,” the whole of reality. The evolutionary worldview applies not only to the evolution of life, but even to that of the entire universe. In the realm of cosmic evolution, our naturalistic scientists depart even further from experimental science than life scientists do, manufacturing a variety of evolutionary cosmologies from esoteric mathematics and metaphysical speculation. Socialist Jeremy Rifkin has commented on this remarkable game.

Cosmologies are made up of small snippets of physical reality that have been remodeled by society into vast cosmic deceptions.26

They must believe in evolution, therefore, in spite of all the evidence, not because of it. And speaking of deceptions, note the following remarkable statement.

We take the side of science in spite of the patent absurdity of some of its constructs, . . . in spite of the tolerance of the scientific community for unsubstantiated commitment to materialism. . . . we are forced by our a priori adherence to material causes to create an apparatus of investigation and set of concepts that produce material explanations, no matter how counterintuitive, no matter how mystifying to the uninitiated. Moreover, that materialism is absolute, for we cannot allow a Divine Foot in the door.27

The author of this frank statement is Richard Lewontin of Harvard. Since evolution is not a laboratory science, there is no way to test its validity, so all sorts of justso stories are contrived to adorn the textbooks. But that doesn’t make them true! An evolutionist reviewing a recent book by another (but more critical) evolutionist, says:

We cannot identify ancestors or “missing links,” and we cannot devise testable theories to explain how particular episodes of evolution came about. Gee is adamant that all the popular stories about how the first amphibians conquered the dry land, how the birds developed wings and feathers for flying, how the dinosaurs went extinct, and how humans evolved from apes are just products of our imagination, driven by prejudices and preconceptions.28

A fascinatingly honest admission by a physicist indicates the passionate commitment of establishment scientists to naturalism. Speaking of the trust students naturally place in their highly educated college professors, he says:

And I use that trust to effectively brainwash them. . . . our teaching methods are primarily those of propaganda. We appeal — without demonstration — to evidence that supports our position. We only introduce arguments and evidence that supports the currently accepted theories and omit or gloss over any evidence to the contrary.29

Creationist students in scientific courses taught by evolutionist professors can testify to the frustrating reality of that statement. Evolution is, indeed, the pseudoscientific basis of religious atheism, as Ruse pointed out. Will Provine at Cornell University is another scientist who frankly acknowledges this.

As the creationists claim, belief in modern evolution makes atheists of people. One can have a religious view that is compatible with evolution only if the religious view is indistinguishable from atheism.30

Once again, we emphasize that evolution is not science, evolutionists’ tirades notwithstanding. It is a philosophical worldview, nothing more.

(Evolution) must, they feel, explain everything. . . . A theory that explains everything might just as well be discarded since it has no real explanatory value. Of course, the other thing about evolution is that anything can be said because very little can be disproved. Experimental evidence is minimal.31

Even that statement is too generous. Actual experimental evidence demonstrating true evolution (that is, macroevolution) is not “minimal.” It is nonexistent!

The concept of evolution as a form of religion is not new. In my book, The Long War Against God,32 I documented the fact that some form of evolution has been the pseudo-rationale behind every anti-creationist religion since the very beginning of history. This includes all the ancient ethnic religions, as well as such modern world religions as Buddhism, Hinduism, and others, as well as the “liberal” movements in even the creationist religions (Christianity, Judaism, Islam).

As far as the twentieth century is concerned, the leading evolutionist is generally considered to be Sir Julian Huxley, primary architect of modern neo-Darwinism. Huxley called evolution a “religion without revelation” and wrote a book with that title (2nd edition, 1957). In a later book, he said:

Evolution . . . is the most powerful and the most comprehensive idea that has ever arisen on earth.33

Later in the book he argued passionately that we must change “our pattern of religious thought from a God-centered to an evolution-centered pattern.”34 Then he went on to say that: “The God hypothesis . . . is becoming an intellectual and moral burden on our thought.” Therefore, he concluded that “we must construct something to take its place.”35

In closing this survey of the scientific case against evolution (and, therefore, for creation), the reader is reminded again that all quotations in the article are from doctrinaire evolutionists. No Bible references are included, and no statements by creationists. The evolutionists themselves, to all intents and purposes, have shown that evolutionism is not science, but religious faith in atheism.”