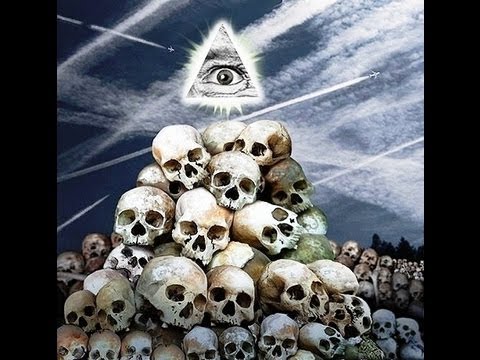 By: Alan Stang | The Ether Zone

Regular readers of these diatribes are aware that one of the conspiracy for world government’s persistent goals is a massive reduction of the earth’s population. There are just too many people out there for the conspirators to control, so they want to eliminate some of them. The “ideal society” that results would include the few conspirators at the top and the rest of us slaves at the bottom to serve them.

Over the years, they have concocted many spurious justifications for the purpose, including the “ecology movement,” Zero Population Growth, phony energy “shortages,” etc. That is one of the reasons the birth rate has fallen among bamboozled American women – and especially among European women – while it booms among illegal aliens.

The idea is that there are just too many people for the planet to sustain. Indeed, the Communist UN is hawking a program called Agenda 21, which includes a scam called “sustainable development.” It means total, totalitarian control of the environment and is presently being implemented here in these united States.

Mike Garbageoff is one of the conspiracy factotums assigned to supervise this program, probably because as “former” Soviet dictator and KGB boss he has hands-on experience in exterminating large groups of humans. Mike is the man with the mark of Cain on his head, who says in his book about perestroika that Communism remains his goal, from which he will never deviate.

Remember that when the Soviet Union “““fell,””” and Mike was “““deposed,””” the conspiracy for world government brought him here in a trice and installed him at the Presidio, the historic U.S. Army base in San Fransicko. (Now he has relocated to NortheasternUniversity in Boston.) Remember, we’re talking about a “former” Soviet dictator of the “evil empire.” Wouldn’t you think such an arrangement should arouse at least a few questions in the normal mind?

But of course it did not. Our Communist media left and right – from the Communist Broadcasting System to Shtupid Sean – let it go down, and Mike Garbageoff – now reborn as an “ecologist,” went right to work at the tax-exempt foundation created in his name. There was no planning involved, you understand, certainly no conspiracy. Land o’ Goshen, no! All of this happened by accident. Mike just happened to be at the right place at the right time.

The Garbageoff Foundation conducts regular “State of the World” forums, which attract some of the biggest names in totalitarianism. Ted the Traitor Turner, for instance, is one of them. So is Canadian billionaire Maurice Strong. So are Bill Gates and Zbigniew “Zbig Brother” Brzezinski, of the Trilateral Commission. So is Bush 41. Would you guess such a group could exert some influence?

Mike officiates, of course, and his devastating charm seems to captivate women. Not being one of them, I can’t understand why; there is nothing remarkable about him personally except the Mark of Cain on his head – but he reduced England’s “Iron Lady,” Margaret Thatcher, who beat Argentina, to giggling girlhood and the headline in a recent story  by Jennifer Edwards, a putative female, says he “captivates crowd,” presumably starting with her.

At a recent session, Mike said this: “The United States has developed a disease for which there is no vaccination.” He calls it “winner’s disease,” referring to our “victory” over the “former” Soviet Union. America is arrogant, says Garbageoff, and must be brought down, controlled and managed. This is a necessary step on the way to world government.

At these sessions, there is argument and debate on the question of population reduction. Participants argue and debate about how many of the earth’s people should be exterminated. For instance, Barbara Marx Hubbard, one of the women Mike presumably has charmed, explains as follows in The Book of Co-Creation:

“Out of the full spectrum of human personality, one-fourth is electing to transcend . . . . One-fourth is destructive . . . . In the past they were permitted to die a ‘natural death.’ . . . Now . . . the destructive one-fourth must be eliminated from the social body . . . . Fortunately, you are not responsible for this act. We are. . . . We are the riders of the pale horse, Death.”

As you can see, Babs is a moderate, a voice of reason. She only wants to eliminate 25% of the world’s people. On the other hand, at the first meeting of the Garbageoff Foundation, someone named Dr. Sam Keen, a “philosopher-professor,” explained at the closing, plenary session that “the ecological crisis, in short, is the population crisis. Cut the population by 90 percent and there aren’t enough people left to do a great deal of ecological damage.”

Jacques Cousteau, the late oceanographer and environmentalist, wasn’t present on that occasion, but the November, 1991 UNESCO Courier quotes him as saying, “One American burdens the earth much more than twenty Bangladesh. . . . In order to stabilize world populations, we must eliminate 350,000 people per day. . . .”

Jacques didn’t say how many days we need to do that, so we don’t know how many corpses would satisfy him, but obviously if one American is worse than twenty Bangladeshis, we should start in Cincinnati. The leaders of this movement advocate “voluntary extinction,” which presumably means suicide. They could establish instant credibility if they committed it themselves, but they prefer that you do it, because, remember, we need them to supervise and they are – let’s face it – superior.

How do you exterminate 1,250,000,000 people? We are told that when Hitler really got rolling he killed a measly 10-15 million, but, remember, he was in power only twelve years. Working night and day, Mao Tse-tung and his fellow Communists have killed maybe 100 million people; so did Mike Garbageoff and the Soviets. In other words, even the biggest mass killers we know about were relative pikers in terms of the job that needs to be done. It could never be done using their primitive methods.

So, how would you eliminate that many people? I contend that you could do so only through medical means, only through a species of biological warfare, which would offer advantages available no wise else. First, using biological means, you could target entire populations. There are not enough bullets and no gas chambers big enough to do that.

Second, and most crucial, if your target is the World Trade Center, your victims will know they are under enemy attack (unless you are a moron who happens to be President); but, when you hit them with biological and chemical weapons, they won’t. They will tell each other something “is going around.” They will go to see their doctors, who won’t know any more than they do.

So, what is happening? Look around. The government is drugging as many Americans as possible, starting in the delivery room and continuing throughout life. School kids are routinely narcotized. Parents who refuse to allow it are threatened. Many older people are loaded on drugs, enough to go into the racket, except that the drugs have turned them into zombies, because many of those prescriptions still contain mercury.

Every year brings a new flu and a new shot, which is out of date when you get it months later, because the critter it was designed for has mutated. It is also contaminated with killers like mercury, etc. Recently, FDA approved the spraying of live viruses on our food, with no testing whatsoever. You will not be able to avoid such food, because it won’t say it has been sprayed on the label. It comes from a company called Intralytix out of Baltimore, which must be plugged in at the top.

The federal government is covering our air space with chem-trails, not contrails, which dissipate quickly, but chemicals and biologics sprayed high above us that spread out to cover the sky, and cover everything when they hit the ground.

The men and women of the federal government, lounging their comfy leather office chairs, is covering our air space with chem-trails, not contrails, which dissipate quickly, but chemicals and biologics sprayed high above us that spread out to cover the sky, and cover everything when they hit the ground. They include aluminum oxide, barium, benzene, fibers, bacilli and mold, pseudomonas Aeruginosa, Pseudomonas Florscens, Streptomyces, etc. They are suspected in the Alzheimer’s epidemic and the “fiber disease,” called Morgellons

You say that’s impossible, that I’m just blowing smoke? Maybe, but why is the hair on the back of your neck standing up?