In this video, I take a look at a video on YouTube called MUST SEE!!!UFO LEVITATION!!! and speculate on how such a science might be used for the Great Deception of the Antichrist in the end times.

1.) The appearance of smoke. The liquid nitrogen made the disc look like it’s smoking. And it got me thinking about God and the “pillar of cloud” that he appeared in during the Old Testament (Deut 31:15 among other places). Why?

3.) This experiment was made by the Superconductivity Group at Tel-Aviv University, Israel. I’m not making any claims here, but if certain studies of the end times are correct, and it’s got something to do with Jerusalem, is it possible that the antichrist can use this sort of technology, to make himself appear to be God, standing in the temple of God, with a pillar of cloud, and a clear sapphire stone under his feet?

Just some food for thought.

2 Thessalonians 2:3-4
Let no one deceive you in any way. For that day will not come, unless the rebellion comes first, and the man of lawlessness is revealed, the son of destruction, who opposes and exalts himself against every so-called god or object of worship, so that he takes his seat in the temple of God, proclaiming himself to be God.

2 Thessalonians 2:9-10
The coming of the lawless one is by the activity of Satan with all power and false signs and wonders, and with all wicked deception for those who are perishing, because they refused to love the truth and so be saved. 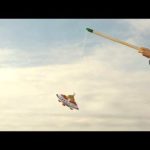 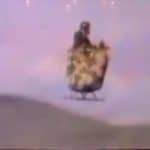 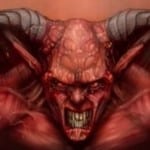