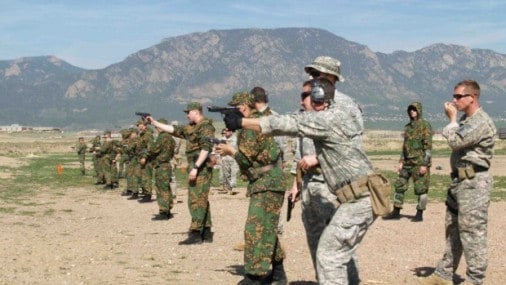 Before It’s News just received the following email from a retired American military officer who has agreed to identify himself as SFC Hawkins. We have been requested to republish this email in full. According to SFC Hawkins, he served in the US Army from 97-01. After he got out of the Army, he had a meeting in the Pentagon after which he became a civilian contractor for the military, traveling to different states training defense contractors for the next several years. With a top secret security clearance, he put two and two together to realize what he was REALLY training these contractors for, so he decided he no longer wanted to be a ‘part of their crazy plans’. He has since moved out to Montana where he has met plenty of other Veterans and Americans who are ‘wide awake’ and prepared to defend our ‘once great nation’ once again. This email confirms this previously released Before It’s News story and the newly released video from Susan Duclos below. What ARE Russian troops doing in America, everywhere? The email below is directly from SFC Hawkins unedited.:

I want to let you and everyone know that there are Russian troops here in Northwest Montana. To be exact they have been spotted all over Flathead, Lincoln, and Lake Counties. I have witnessed the myself and have had people I know tell me they have seen them and I have personally gone to a town called Essex and found where they are located. They have made a base of operation in Essex and when I went to Essex I could only get 1 person to talk to me about it and he told me that they have been there sense 2012 and that they do a lot of training in the mountain areas surrounding the Northwest. He also told me that they have had military vehicles delivered via railroad and his count was 50.

I personally have seen military vehicles parked or being driven in the Kalispell, Columbia Falls, and Whitefish area. And when I have asked police officers and even brought it up in a town meeting I was thrown out. I am a military veteran and for someone like me to get treated this way is inexcusable. Not to mention as an American citizen. I know things are getting bad and I have been investigating and looking into what’s been going on with politics, the government, and our military sense 911. It frustrates me knowing what I know and when I talk to people about it either two things happen. I either get a “whatever you say” and “that will never happen in America” or “people know what I’m talking about and are preparing for a total collapse of America”.

It is extremely hard to find and purchase ammo in this area. Stores are short on supplies and now with Russia invading Ukraine and Russian, Iran, China, and Japan threatening the US and moving warships to the borders of America it is getting to crazy and the main stream media needs to stop being puppets and get the REAL news out so people can get prepared for what’s coming.

Last but not least I really appreciate people like you that get there word out and open peoples eyes. 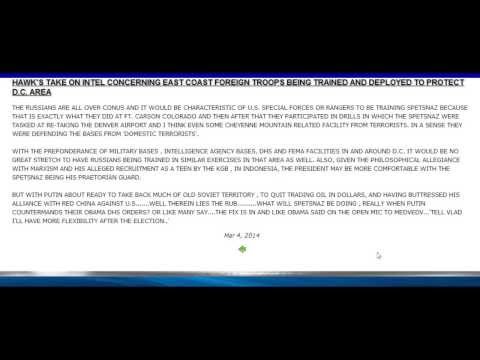