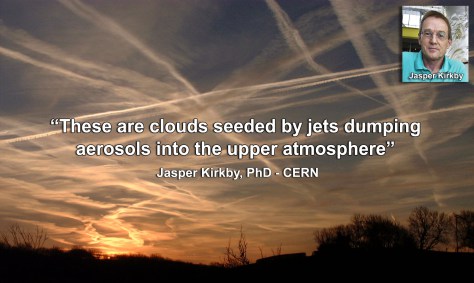 This video excerpt  from Dr. Kirkby’s 2009 CERN presentation makes it clear that IPCC climate scientists, Geoengineers and government agencies are fully aware that jet aircraft are dumping aerosols into the atmosphere with the effect of deliberate and covert climate manipulation using aerosols of unknown toxicity.  Jasper Kirkby is a particle physicist currently engaged with cloud physics research at CERN – the European Organization for Nuclear Research (Complete article)

1/1/2015 – Alexandra Hunter (Lexie) is interviewed by Dr. Dan Koontz, MD on KFNX 1100 Independent Talk Radio on the subject of covert geoengineering, aka “Chemtrails”. Hunter presents evidence that the State of Arizona has ultimate responsibility and oversight to protect it’s citizens from sources of pollution even when aircraft are demonstrated to be – or cannot be ruled out – as the source.

This was Lexie’s first major interview following the forum convened by State Senator Kelli Ward, MD. on  6/25/2014 where the house was packed with citizens from Kingman and surrounding communities demanding the State take action to protect residents from documented aerosol toxins and diagnosed health consequences.

Officials from the Arizona Department of Environmental Quality (ADEQ) proved poorly prepared to deal with the medical and technical aspects of the complaints repeatedly claiming they had no jurisdiction in FAA matters.

Senator Ward suggested a second meeting would follow. This was a welcome comment by those in attendance.

Although Senator Ward is a physician, not even she could be of any help in assessing citizens’ medical complaints in her designated role as politician.

Citizens ultimately dominated the session with solid testimony establishing that unmarked aircraft have been repeatedly spraying aerosols from unmarked military aircraft while civilian airliners were leaving no trails, even while flying in the same air space as the unmarked jets..

Several lab results revealing high concentrations of toxins were submitted to ADEQ as evidence of contamination. 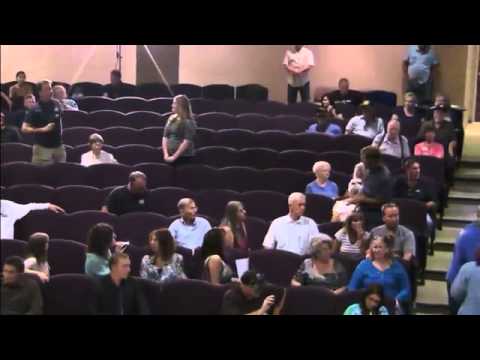