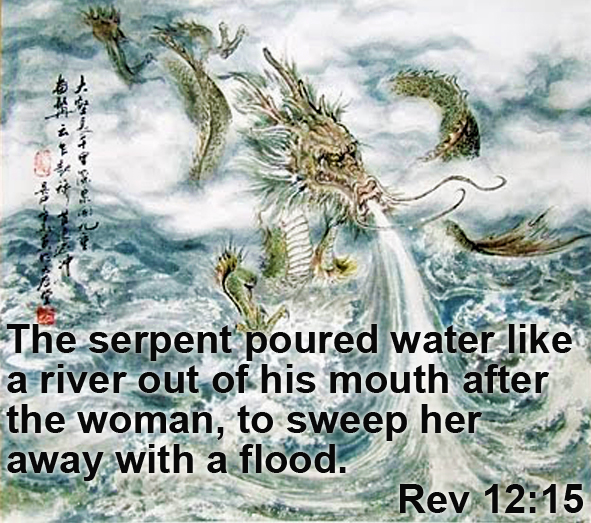 While the media churns out Wag the Dog theater and silly Grammy’s antics, things are far worse in Australia than they are letting anyone know.

“Jayne,” who lives in Australia, left this desperate comment on there’s nothing new:

“(For those who cold give a ****.) Been sick after being in the WEAPONISED BIOHAZARD FLOOD WATERS !!! And my town is flooding as I write…” NOW THEIR GOIN IN FOR THE KILLLLLLLLLL. It’s been raining here for six months !! “ 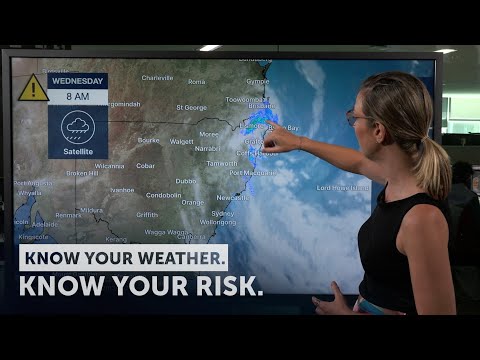 The video of the flooding brought to mind a dream I had about 8 years ago. In the Dream I was walking my two beloved chows Zion and Belle on a path near the lake. The path we were on in the dream was a lovely, serene place, one of our favorite walking spots. As we approached a picturesque little bridge over a creek, the lake water suddenly rose and was swiftly up and over my head. I held onto my dogs with all my strength, but they were swept away in the flood. Waking to the sound of my own sobs, I jumped out of bed and hugged my dogs.

The dream haunted me. As I prayed about it I knew that God was telling me I would lose my precious companions and continue on amidst the rising flood of chaos & deception. I did lose both of them a few short years later. In light of the dream, I’ve looked at floods in scripture, noting both the physical flooding being caused by technology and ubiquitous spiritual deception in the world.

We are in the flood. It is satan’s counterfeit of the great deluge God sent in Noah’s time to wipe out the entire population who were under the devil’s deception. I believe the deliberate, weaponized flooding in various places is both destroying lives and is symbolic of the spiritual flood being unleashed on mankind. In Queensland, the flood waters rose rapidly and people were helpless against it, but our hope lies beyond this world and God will put a final end to all the destruction/chaos and deception.

And when the thousand years are ended, Satan will be released from his prison  and will come out to deceive the nations that are at the four corners of the earth, Gog and Magog, to gather them for battle; their number is like the sand of the sea.  And they marched up over the broad plain of the earth and surrounded the camp of the saints and the beloved city, but fire came down from heaven and consumed them, and the devil who had deceived them was thrown into the lake of fire and sulfur where the beast and the false prophet were, and they will be tormented day and night forever and ever.  (Rev 20:8-10)

Revelation 12 tells of the birth and ministry of Christ, the persecuted church and the serpent’s spiritual weapon; deception. We see that it started in the days of the early church and will increase in intensity as we near the return of Christ. Here’s the passage in its entirety (context is king).

And a great sign appeared in heaven: a woman clothed with the sun, with the moon under her feet, and on her head a crown of twelve stars. She was pregnant and was crying out in birth pains and the agony of giving birth. And another sign appeared in heaven: behold, a great red dragon, with seven heads and ten horns, and on his heads seven diadems. His tail swept down a third of the stars of heaven and cast them to the earth. And the dragon stood before the woman who was about to give birth, so that when she bore her child he might devour it. She gave birth to a male child, one who is to rule all the nations with a rod of iron, but her child was caught up to God and to his throne, and the woman fled into the wilderness, where she has a place prepared by God, in which she is to be nourished for 1,260 days.

Now war arose in heaven, Michael and his angels fighting against the dragon. And the dragon and his angels fought back, but he was defeated, and there was no longer any place for them in heaven. And the great dragon was thrown down, that ancient serpent, who is called the devil and Satan, the deceiver of the whole world—he was thrown down to the earth, and his angels were thrown down with him. And I heard a loud voice in heaven, saying, “Now the salvation and the power and the kingdom of our God and the authority of his Christ have come, for the accuser of our brothers has been thrown down, who accuses them day and night before our God. And they have conquered him by the blood of the Lamb and by the word of their testimony, for they loved not their lives even unto death.  Therefore, rejoice, O heavens and you who dwell in them! But woe to you, O earth and sea, for the devil has come down to you in great wrath, because he knows that his time is short!”

And when the dragon saw that he had been thrown down to the earth, he pursued the woman who had given birth to the male child. But the woman was given the two wings of the great eagle so that she might fly from the serpent into the wilderness, to the place where she is to be nourished for a time, and times, and half a time.

The serpent poured water like a river out of his mouth [words] after the woman, to sweep her away with a flood*. But the earth came to the help of the woman, and the earth opened its mouth and swallowed the river that the dragon had poured from his mouth. Then the dragon became furious with the woman and went off to make war on the rest of her offspring, on those who keep the commandments of God and hold to the testimony of Jesus. And he stood on the sand of the sea. (Rev 12)

From Matthew Henry commentary on Rev 12:

“The continual malice of the dragon against the church. Her obscurity could not altogether protect her; the old subtle serpent, which at first lurked in paradise, now follows the church into the wilderness, and casts out a flood of water after her, to carry her away. This is thought to be meant of a flood of error and heresy, which was breathed by Arius, Nestorius, Pelagius, and many more, by which the church of God was in danger of being overwhelmed and carried away. The church of God is in more danger from heretics than from persecutors; and heresies are as certainly from the devil as open force and violence.“

According to the twisted thinking of the world controllers, in order to “Build Back Better” they need to bring a flood (physical and spiritual) against humanity and all creation. But just as the ark brought Noah through the flood and God Himself closed the door behind him, Jesus is our ark who will bring us through!

Please be praying for the people in Australia and may God grant us all discernment in these deceptive days!