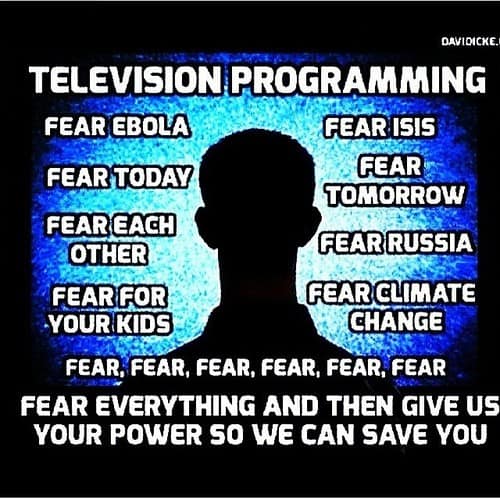 The perpetraors of the Ebola Hoax intentionally leave giant clues that Ebola (and many other staged events) are a hoax as part of divide-and-conquer, civil unrest agenda.  This strategy develops a significant population of the public activists who are deliberately informed via the perps’ planned recklessness in execution of the hoax.  The media is then poised to characterize this minority of informed activists as “conspiracy theorists” as they did with 9/11, Sandy Hook and Boston bombing… etc.   The intentionally engineered group of  informed will increasingly grow to despise the “uninformed” as sheople, unworthy to be called Americans… or worse.  This strategy to promote “civil unrest/civil war” is planned, observed and tracked by the same people who promote Smart phones, social media and Google as part of the NSA spy ring of social control and manipulation.

In a related article, Susan Posel reveals how social networking is used as subtle voter “mind control” in her article:  “The Incredible True Story of How Facebook & Google Swayed 2014 Election”

The CNN’s false version of events is successfully used as plausible deniability to influence lawmakers in Congress to pass increasingly draconian legislation to take away civil rights, guns and promote more war.  The “Truthers” who witness this mammoth deception are left to seethe in raging anger at the government, media and the sheople who keep voting for more oppression.

Alfred Lambremont Webre interviews Ole Dammegard who exposes Ebola as a Psyops.  Educating the public that the CDC is increasingly influenced by companies registered on the NY Stock exchange like theCDC Foundation conforms Naomi Klein’s warning in her book, “Shock Doctrine – The Rise of Disaster Capitalism”. 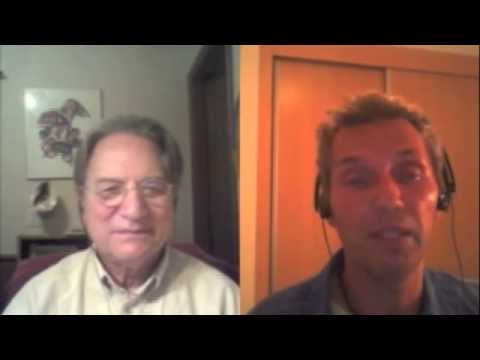 Your Ebola Caught My Anthrax – Let Me Explain (Click Here)

New (Oct 15) World Health Organization Report (WHO) reveals Ebola cases in Liberia and Monrovia near ZERO (PDF)
____________________________
FEMA Conducting Pandemic Drills Amidst Ebola Crisis
Brandon Turbeville 10/16/2014
Activist Post
In yet another curious coincidence surrounding the recent Ebola crisis, it appears that FEMA has been preparing for the appearance of a pandemic of deadly disease in the near future all along.As part of the FEMA Pandemic Exercise Series: PANDEMIC ACCORD: 2013-14 Pandemic Influenza Continuity Exercise Strategy , the Sifma.org website states that,

Mix-In the last couple of weeks, the Ebola Virus seemed to gain notoriety out of nowhere.

Supposedly a byproduct of bats in deepest, darkest Africa. Brought into America twice, once to treat an active case, a second time by a person who came from the source area in Africa, supposedly not knowing he was infected.

And yet we know that Russia and America have worked in the past militarizing this virus to be deployable as a bio-warfare weapon. It has been successfully combined with a common cold type virus.

Was Ebola deployed in America as a sophisticated form of blackmail designed to coerce the USG to send ground troops into another massive Mideast War for Israel and the World Zionist (WZ) Oil Companies?

And will this Ebola Virus Disease (EVD) be also set up as a false-flag operation to create a major Ebola epidemic inside America while bringing blame to folks who refuse a new Ebola Vaccine which will soon be rolled out. *** Continue

The Long Planned Ebola HOAX by Will Knott

One starts with the inflated Ebola numbers in Africa, the involvement of Soros and Gates in a bioweapons lab linked to the deaths, the curious involvement of Tulane University infamous for weaponizing the polio vaccine, and the story begins.  Right now the US media and the false alternative media (Infowars and Natural News being two) are reading from a script, inventing a story out of whole cloth that Ebola has spread across the entire US. It’s a total lie. *** Continue
The Ebo-LIE 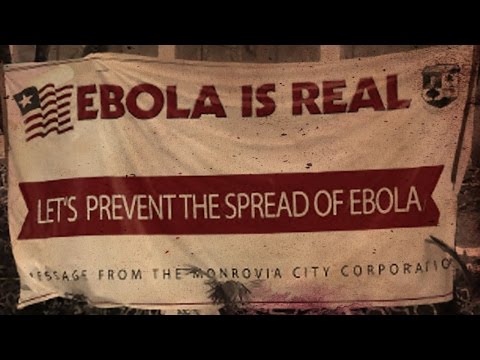 People In the Western World Need to Know What’s Happening Here in West Africa. THEY ARE LYING!!! “Ebola” as a Virus Does NOT Exist and Is NOT “Spread”. The Red Cross Has Brought a Disease to 4 Specific Countries for 4 Specific Reasons and It Is Only Contracted By Those Who Receive Treatments and Injections From the Red Cross. That is Why Liberians and Nigerians Have Begun Kicking the Red Cross Out of Their Countries and Reporting In the News the Truth. Now Bear With Me:

Most People Jump to “Depopulation” Which is No Doubt Always on the Mind of the West When It Comes to Africa. But I Assure You Africa Can NEVER Be Depopulated By Killing 160 People a Day When Thousands are Born Per Day. So the real Reasons Are Much More Tangible.

Reason 1: This Vaccine Implemented Sickness Being “Called” Ebola Was Introduced Into West Africa for the End Goal of Getting Troops on the Ground In Nigeria, Liberia, and Sierra Leone. If You Remember We Were Just Trying to Get Into Nigeria for “Boko Haram” #BULLSHIT But That Fell Apart When Nigerians Started Telling the Truth. There ARE NO GIRLS MISSING. Global Support Fell Through the Floor, and a New Reason Was Needed to Get Troops Into Nigeria and Steal the New Oil Reserves They Have Discovered.

Reason 2: Sierra Leone is the World’s Largest Supplier of Diamonds. For the Past 4 Months They Have Been on Strike, Refusing to Provide Diamonds Due to Horrible Working Conditions and Slave Pay. The West Will Not Pay a Fair Wage for the Resources Because the Idea is to Keep These People Surviving on Rice Bags and Foreign AID So That They Remain a Source of Cheap Slave Labor Forever. A Reason Was Also Needed to Get Troops On the Ground In Sierra Leone to Force an End to the Diamond Miners Strikes. This is Not the First Time This Has Been Done. When Miners Refuse to Work Troops Are Sent In and Even If They Have to Kill and Replace Them All, the Only Desire is to Get Diamonds Back Flowing Out of the Country. Of Course to Launch Multiple Campaigns to Invade These Countries Separately Would Be WAY Too Fishy. But Something Like “Ebola” Allows Access to an Entire Area Simultaneously…

Reason 3: In Addition to Stealing Nigerian Oil, and Forcing Sierra Leone Back to Mining, Troops Have Also Been Sent In to FORCE Vaccinations (Deadly “Ebola” Poison) Onto Those Africans Who Are Not Foolish Enough to Take The Willingly. 3000 Troops Are Being Sent In to Make Sure That This “Poison” Continues to Spread, Because Again It Is Only Spread Through Vaccination. As More and More News Articles Are Released Like the One Above From Liberia, Informing the Populous of the US Lies and Manipulation, More and More Africans Are Refusing to Visit the Red Cross. Troops Will Force These Vaccinations Upon the People to Ensure the Visible Appearance of an Ebola Pandemic. In Addition to This They Will Protect the Red Cross From the Liberians and Nigerians Who Have Been Rightfully Ejecting Them From Their Countries.

Reason 4: 3000 Troops….. Is Ebola Susceptible to Bullets?? Ridiculous. Last But Not Least the APPEARANCE of This Ebola “Pandemic” (Should Americans Not Catch On) Will Be Used to Scare Countless Millions Into Taking the “Ebola Vaccine” Which in Reality IS THE PANDEMIC. Already They Have Started With Stories of How It Has Been Brought Back to the US and Has Appeared in Dallas, How White Doctors Were Cured But Black Infected Are Not Being Allowed to Be Treated Etc.

ALL That Will Do Is Make Blacks STRIVE to Get the Vaccine, Because It Appears That the “Cure” is Being Held Back From Blacks. They Will Run Out In Droves to Get It and Then There Will Be Serious Problems. With All We Have Seen Revealed About Vaccines This Year You Would Think We Learned Our Lesson. All I Can Do Is Hope So, Because They Depend Highly On Our Ignorance to Complete Their Agendas. Ask Yourself If Ebola Was Really Spread From Person to Person, Instead of Controlled Spread Through Vaccination – Then WHY Would the CDC and the US Government Continue to Allow Flights In and Out of These Countries With Absolutely No Regulation, Or At All? We Have Got to Start Thinking and Sharing Information Globally Because They Do Not Give the True Perspective of the People Who Live Here in West Africa. They Are Lying for Their Own Benefit and There Aren’t Enough Voices Out There With a Platform to Help Share Our Reality. Hundreds of Thousands Have Been Killed, Paralyzed and Disabled By These and Other “New” Vaccines All Over the World and We Are Finally Becoming Aware of It. Now What Will We DO With All This Information?