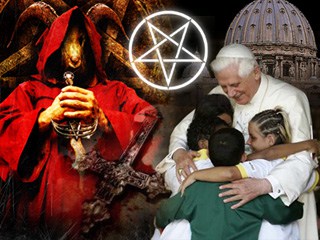 http://itccs.org/
http://exopolitics.blogs.com/exopolit…
https://www.youtube.com/watch?v=SNep_…
In his work Kevin Arnett has written a book, Hidden No Longer, as well as having the Tribunal Court issue arrest warrants against the Queen of England as well as the Pope.
http://hiddennolonger.com/
http://kevinannett.com/
The Nephilim Roman Catholic Church of Satan
https://www.youtube.com/watch?v=EcvZx…

ITCCS Juror Alex Hunter – There was no 2012 ITCCS/ICLCJ trial held of UK Queen and Pope Ratzinger s reported by Kevin Annett.  The reported “Trial” was a Kevin Annett fabrication

WATCH ON YOU TUBE 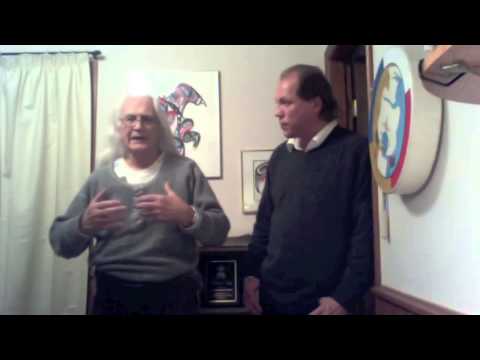 VANCOUVER, BC – In an exclusive interview with NewsInsideOut.com‘s Alfred Lambremont Webre, ITCCS Juror Alex Hunter, accompanied by residential school survivor Wa7tsek of the Burrard First Nations Band, stated that Kevin Annett did not convene a Tribunal for a 2012 trial of Pope Ratzinger, UK Queen Elizabeth Windsor, Canadian Prime Minister Harper and others for child genocide and child trafficking of First Nations children in Canada.

“I found out about the so-called 2012 trial of the “Dirty Thirty” (UK Queen, Pope Ratzinger, Prime Minister Harper and others) from the verdicts that Kevin Annett was issuing via email and on the ITCCS website.  Kevin Annett is a screen writer and we are characters in his fictional court, trials and verdicts.”

ITCCS/ICLCJ Juror Alex Hunter states in his interview that Kevin Annett never sent any information pertaining to this Case No. 1, this Notice, or further instructions to him or other citizen Jurors he knows, as stated on the ITCCS website.

The first evidence in the opening case in the docket of our Court is now posted online for examination and a verdict by our Citizen Jurors and the world community. It is accessible through the YouTube link posted in this email.

This first posting addresses the evidence of intentional genocide by the churches and government of Canada, and the Crown of England and the Vatican, according to the first three of the five defined crimes in the indictment. The final two crimes will be addressed in the second online posting of this case, to occur around November 15, 2012.

Further instructions will be issued to our citizen Jurors and other Court officers.

We urge the world community to follow the evidence and participate in the sentencing and enforcement procedures of the Court that will follow the verdict, after the other four cases in the Docket.[1]

“The International Common Law Court of Justice: Case No. 1 – Genocide in Canada

Convened as a lawfully recognized Tribunal of Conscience in Brussels in the fall of 2012, and issuing its final verdict on February 25, 2013, the Common Law Court named and indicted thirty defendants for perpetrating or concealing Genocide in Canada against indigenous people. These defendants included then-Pope Benedict, Joseph Ratzinger, former Cardinal Tarcisio Bertone, Elizabeth Windsor “Queen of England”, and Canadian Prime Minister Stephen Harper.

After an exhaustive presentation of the evidence of crimes by church and state in Canada, and a refusal by the defendants to respond or refute the evidence, all of the defendants were found guilty of criminal conspiracy and Genocide, and were sentenced in absentia to 25 years in prison and the forfeit of all the wealth and property of their estates and institutions. Citizen arrest warrants were issued, and on August 4, 2013, the Vatican and Crown of England were declared to be transnational criminal bodies under international law, and were lawfully disestablished.

The complete evidence that indicted these defendants and their institutions, along with all of the court documents and warrants, are contained herein.

The International Common Law Court of Justice is proceeding with other cases during 2014 and beyond.”[2]

In this video Alex Hunter and Wa7tsek talk about the possible connection to what appears to be the assassination of Sovereign Verifier, Residential School Survivor and First Nations Activist and Advocate Stee-mas to:

Stee-mas was an outspoken and prolific First Nations Activist, Advocate, Residential School Survivor and was a Sovereign Verifier since 1972.

Although he was in his seventies he died under suspicious circumstances which Hunter and Wa7tsek discuss in the interview.

During their nearly 2 hour interview with NewsInsideOut.com, ITCCS Juror Alex Hunter, an activist in his own right, and Wa7tsek detailed multiple instances of Kevin Annett’s breach of trust and fraud in behaviour toward the First Nations community through the ITCCS.

These fictitious personnel include: (1) “Jeremiah Jordain” – a fictitious Elder whom Annett invented, described as belonging to various changing clans, whom Annett uses as support in narratives ranging from ITCCS to Republic of Kanata.