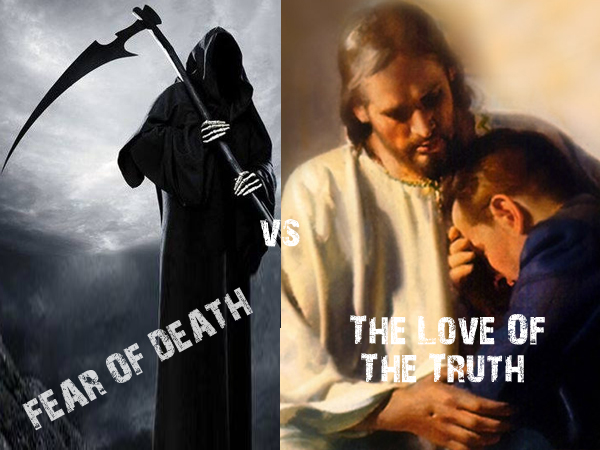 This video from Academy of Ideas (AOI – below) shows the natural/psychological/(Hermetic) methods by which the “kings of the earth,” “the mighty ones” have controlled the collective psyche of society throughout history. It helps explain why many of our friends and loved ones are unable to see plain facts that are obvious to us. Citing such “knowledgeable” men as Karl Jung, the creators walk us through a diabolically crafted plan to gain complete control of mankind.

(Not an endorsement – please watch and read on.) 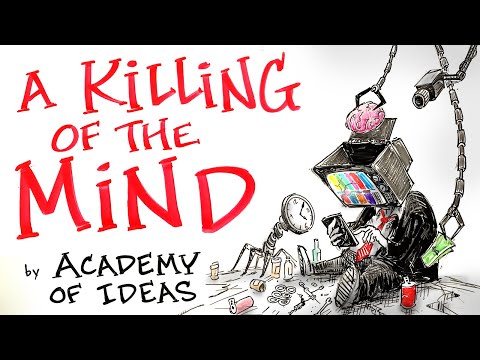 I respect the great amount of time and effort that was put into creating this. But I looked at other AOI videos and found them to present a gnostic/New Age spirituality. So that brings up a question I’ve often pondered, which is; “Why do gnostic groups see evil more readily than Christians do?” To answer that, we need to understand what Gnosticism is.

Gnosticism (NOS tuh siz um) was a second-century religious movement claiming that salvation could be gained through a special form of secret knowledge. Early Christian church fathers such as Origen, Tertullian, Justin Martyr and Eusebius of Caesarea condemned gnostic teachers and beliefs as heretical. Source

Gnosticism presents a radically self-centered alternative gospel. Instead of pointing to Christ, Gnosticism proclaims that salvation comes from inside, finding your true identity within [man looking inward]. It denies the goodness of the Creator and the glory of his creation. It denies the Incarnation, the resurrection and the need for redemption. Source<- (Excellent PDF)

Alternately, Christianity teaches that salvation is available to everyone and comes from grace through faith in Jesus Christ (Eph 2:8-9), not through study nor through works. Christianity asserts that the only source of truth is the Word of God, which we discern as we are guided along by the leading of the Holy Spirit.

The AOI video dispels some of the mystery about how people are behaving. But what’s missing from it is far more important than what it covers, and that is the gospel of Jesus Christ and its power to raise the human soul far over and above anything in this world.

For the Christian, the video serves to remind us of the enemy’s disdain for mankind and why our Lord warns us not to love the world but to come out of it (1 Jn 2:15). It reveals how FEAR is masterfully used by the “mighty ones” to manipulate the psyche and kill the mind: “Mentacide”, facilitating  man’s descent into madness.  It’s no wonder that there are 365 warnings in the Bible not to fear, because when we give in to fear, we place ourselves UNDER the diabolical ruler of this world.

The Bible, of course, exhorts us to fear God alone (Matt 10:28) and tells us that those who are in Jesus Christ have escaped the world with its enticements (security, comfort) through faith in Christ.

And deliver them who through fear of death were all their lifetime subject to bondage. (Heb 2:15)

We’re exhorted to walk (live) in that deliverance. In order to do that, we need to;

“… demolish arguments and every pretension that sets itself up against the knowledge of God, and we take captive every thought to make it obedient to Christ.” (2 Cor 10:5).

The video is correct in that the battleground is the mind. I wrote about how technology is being used to control the mind through technology in my post about television. Although that and other technologies being used today are new, Babylon has projected its lies through theater since ancient times; acting out rituals and indoctrinating audiences. Far too many people are still unaware that what we see in movies and the bulk of media is designed to evoke an emotional response and steer public thought (see Bernays).

We instinctively want to expose evil – and the Bible tells us to – (Eph 5:11). This site is committed to do that very thing. But it’s tempting to think that if we simply share information it will help to stir the spellbound from their sleep.

“Surely they won’t be able to dismiss this evidence! These facts are undeniable! …”

We hope that once they see the evidence, our friend or loved one will be jarred into using their God-given ability to think critically again! But, sadly, that’s rarely the case – logic hits a wall – and that’s because they are quite literally “spellbound”. Their blindness is spiritual. And scripture tells us that man can only see spiritual truth through divine revelation.

The words “witchcraft” or “sorcery/pharmakeia” bring to mind a witch standing over a boiling cauldron – casting a spell, or entheogens and other drugs being used both to dull the natural mind  and open doors to the supernatural. But witchcraft/sorcery/pharmakeia uses a plethora of methods to hide God from the minds of man.

But even if our gospel is veiled, it is veiled to those who are perishing, whose minds the god of this age has blinded, who do not believe, lest the light of the gospel of the glory of Christ, who is the image of God, should shine on them. (2 Corinthians 4:3-4).

“OK, but wait a minute!” You say. “Christians can’t be touched by the spells & curses of the evil one!” And of course, you’d be right.

Many of us can remember being presented with some information that jarred us out of our slumber and caused us to see the things in the world in its true light. But, while information can be used by God as a catalyst, the revelation of the truth came from God alone.

So… what do we do with the masses of believers who, even after being presented with ample information, remain spellbound, not only by the media but by a myriad of false teachers in the church? That’s where I find myself at 2 Thess 2:10…

“And with all deceivableness of unrighteousness in them that perish; because they received not the love of the truth, that they might be saved.” (2 Thess 2:10)

There’s a lot of talk about “LOVE” out there and there are endless versions of “TRUTH” available online, but how often do we hear about “THE LOVE OF THE TRUTH”?

But wait… aren’t we talking about believers?

Another thing we don’t hear much about these days are many messages about self-examination & testing our own hearts, but the Bible exhorts us to “work out our salvation with fear and trembling.” (Phil 2:12) and “…make every effort to confirm your calling and election…” (2 Pet 1:10) It is not legalism to search our hearts and ask questions like:

Pastors have given many a sermon that lay out this topic much better than I can, but I call attention to it because it has never been more vital to properly understand and share our hope: the gospel of Jesus Christ.

“Have we received the love of the truth?”

“Do you remain unaffected by your knowledge of God, or are you changed and gripped by it? Is your faith something that you use when convenient, or does God’s word master and direct your life?” ~ Dr. Martyn Lloyd-Jones  (emph added)

In the above-linked (also excellent) sermon, Dr. Martyn Lloyd Jones uses John 1:12–13 to explain specific tests that he says Christians must apply to their own life to be sure of their salvation. In one example he uses the activist to demonstrate how the unbeliever is consumed with what they do, whereas the true believer is primarily concerned with what they are.

The Christian activist should be reminded that sin will be in the world (in increasing measure) until Christ’s return. (I say that with much humility, since I started out in the “truth” community as an activist.)

Gnostics see the sin in the world but fail to see it in their own heart.

If we’re being honest, when we “wake up” to the “truth” about the evil in the world, it’s tempting to fall into the trap of getting puffed up at having some special insight/ knowledge (gnosis) that other Christians are missing. We need to be cautious of that and humbly examine our own hearts daily.

I find it tragic that New Agers seem to understand better than the churches how the evil masters of this world operate, but what they do not understand is how to be set free from that control. While they are well intentioned and hopeful, their answers are short-sighted – not to mention it’s clear that the elites are counting on, even engineering an uprising. I’m sure it’s with the best of intentions that they encourage us to share “the truth” – but NO amount of UNDERSTANDING the methods of the elites to manipulate and destroy the individual or collective psyche will ever be enough to deliver man from it. Just as psychology fails to cure the patient and all Hermetic methods ultimately result in futility, they can not offer the spiritual power that is needed to overcome the spiritual enemy who works through the elites. They cannot offer the remedy against sin. They cannot offer hope beyond this world – and it is becoming more clear every day that this world is passing away.

Dear friends; please know that I’m not saying I’ve arrived. The world is a minefield of the enemy’s lies & deceptions and we will in all likelihood step on a few of them. But far more important than to get all the conspiracy’s sorted out is to guard our hearts and minds (Phil 4:7). Be in the Word! (Heb 4:12) Keep loving the Truth! (Jn 14:6)