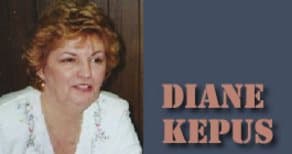 Those who read my blogs know I don’t believe in Global Warming and it took me a while to understand why our government was supporting this with so many failures as in solar panel manufacturing and wind farms using our tax dollars.

Scientists continued to argue and then they began to come out of the woodwork admitting statistics had been fudged and money had crossed crooked hands.

At a speaking event with my friend Karen, she put to rest the theory of the oceans rising because of glaciers melting with her experiment with the glass of water and ice. You can do this at home. Just take a full glass of ice, fill it with water to the top and go shopping or work in the garden for a couple of hours – come back home and then tell me if the water is over-flowing out of the glass. Need I say more?

For years now so many of us have been stating all this Climate Change garbage was lies set up to make certain corporate and individual citizens very rich – but that there had to be something else going on.

Americans unquestioningly jumped on the Climate Change agenda without asking any questions and laying out their undying loyalty to the “money munchers’ as long as they themselves made money.

Recently, we had one of the world’s top supporters of Climate Change come out and state the true reason this was put in place.

Isn’t it interesting that no matter what the topic, when a progressive/liberal/socialist are so deeply embedded in their ego’s, they can’t help but blow the whistle sometimes just to bring attention to themselves.

Christiana Figueres, the Executive Secretary of the United Nations Framework Convention on Climate Change (UNFCCC), warned that the fight against climate change is a process and that the sought-after transformation of the world economy will not be decided at one conference or in one agreement.

For some reason she felt the need to tell the world the Global Climate lie was created to transform the world’s economy to “redistribute the wealth” by of all the wealthier nations to take care of the poor ones. One of Obama’s favorite phrases!

I thought that was what our money going to the crooked United Nations was supposed to be doing. You and I both know that has been a lie since its inception also.

But you see, a great many of us already knew this – but this woman had just admitted it!

I guess she thought we hadn’t figured that out yet!