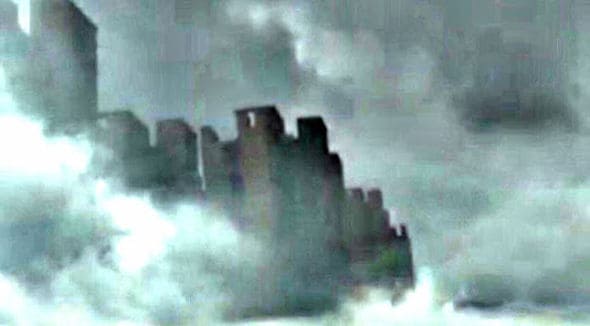 “And I John saw the holy city, new Jerusalem, coming down from God out of heaven, prepared as a bride adorned for her husband.”

If this isn’t a hoax or somehow naturally explainable (which it could very well be), it sure looks like Project Bluebeam practicing for the return of the Zionist’s phony Messiah.

First in China, now in Hastings. What do you think, is it Fata Morgana, a parallel universe city, higher dimensions, aliens, ghosts, project blue beam? Leave a comment below and tell us what you think.

On the Path of the Immortals by Tom Horn – http://amzn.to/1PyVCSS 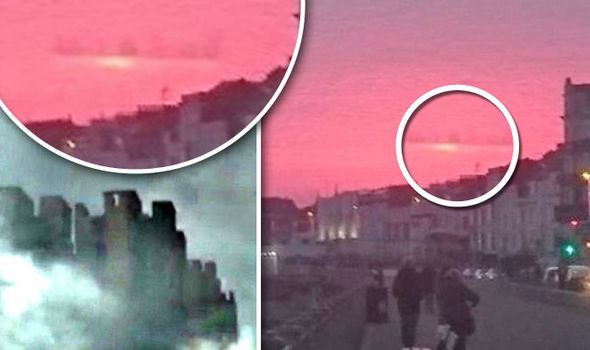 The Video footage of what look like shadowy skyscrapers forming in clouds above Foshan in China have gone viral online after Express.co.uk reported the bizarre event.Now a picture of a similar looking mirage in the sky taken at the coastal town in southern England have been posted on Facebook.The weird formation is much further away in the Hastings scene, but a similar skycap can be made out.One was taken by resident Natasha Marie’s mother-in-law, who was snapping coastal scenes during sunset. 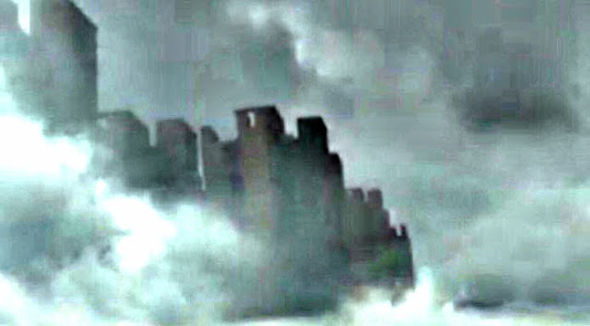 YouTubeSome have even said the city over China resembled a castleHowever, the sky city was later seen forming in the distance, with much speculation about what the alien object could be.One person who saw the pictures from both sides of the globe said: “This is crazy, what is going on? Is it the same city? Is this some sort of sign?”But more level-headed people see them as coincidental optical illusions.Earlier, Chinese TV news reports told how thousands of residents in TWO areas reported separately seeing a huge city form in the skies. 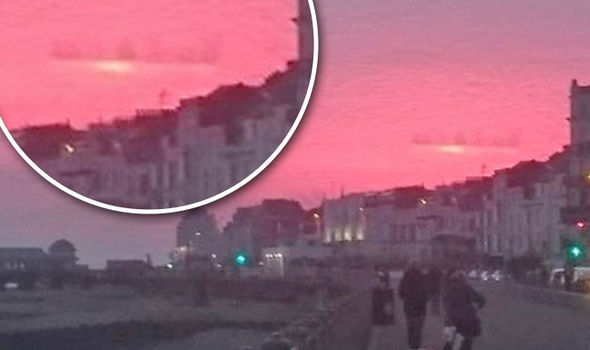 This is crazy, what is going on? Is it the same city? Is this some sort of sign?

Viewer of both city in the sky images

First thousands reportedly saw a ghostly alien city floating over Foshan in the Guangdong province of China.A few days later people in the province of Jiangxi, China, also reported seeing a similar cloud city.Weather experts have explained all these phenomena as natural mirages, an optical illusion called Fata Morgana.Fata Morgana can be seen on land or sea and involves the optical distortion and inversion of distant objects such as boats, which can appears as skyscrapers because the images become stacked, when rays of light bend as they pass through air of different temperatures such as in a heat haze.But the mystery did not stop sending conspiracy theorists into over drive, with claims of anything from an alien city briefly appearing through a wormhole to another dimension, a santanic symbol of impending doom, or a secret government hologram project to test how the public would react to a major paranormal event.The Paranormal Crucible YouTube channel said in a video of the Chinese events it could be: “A temporal vortex, or a possible parallel universe materialising briefly into our own reality.”It is also possible, considering China’s technological achievements that a top secret holographic technology was tested over a heavily populated area in an effort to gauge the public reaction

A similar, if not more detailed, phantom city seen over China in 2011