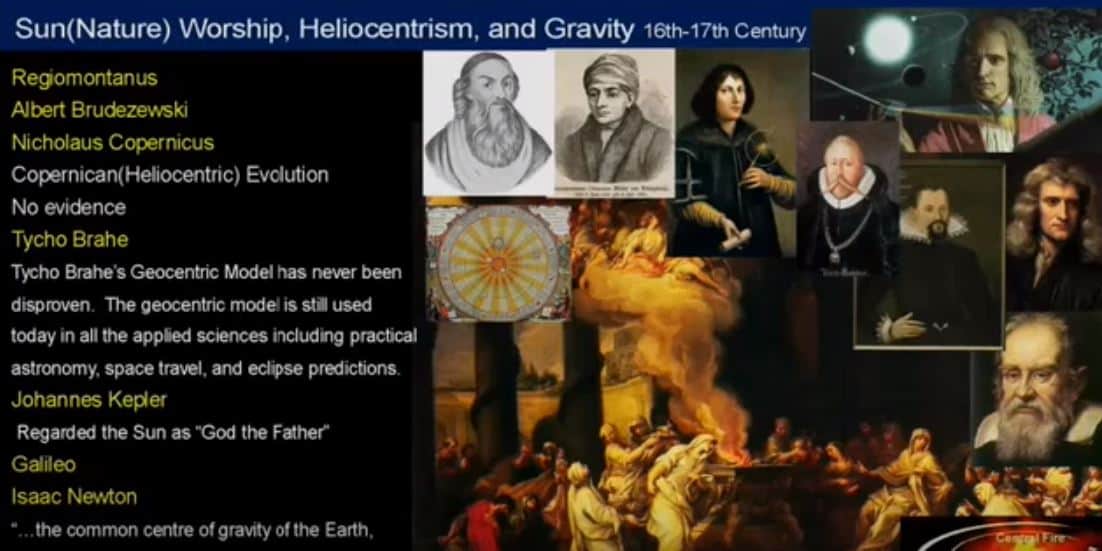 History of the heliocentric model 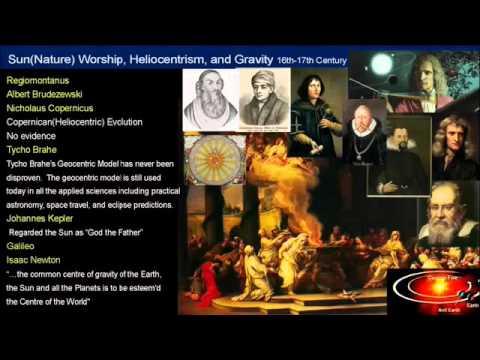 He stretches out the north over the empty place, and hangs the earth upon nothing. Job 26:7

… the world also is stablished, that it can not be moved. Psalm 93:1

“Gravity and Inertia in a Machian Framework”
Barbour and Bertotti 1977
Institute of Theoretical Physics of the University of Pavia, Italy

In this peer-reviewed physics paper it is demonstrated that the physical dynamics of a local body (Earth) rotating within a stationary universe, will result in the same effects as produced by a universe rotating around a stationary Earth. (such as Coriolis and Foucaults Pendulum)

The calculation of the trajectories in the Sun-Earth-Mars system will be performed in two different models, both in the framework of Newtonian mechanics. [Heliocentrism and Geocentrism]. It is the aim of this paper to show the kinematical and dynamical equivalence of these systems, under the assumption of Mach’s principle.
———————————–

The dynamical description of the geocentric Universe

Popov 2013 – Department of Physics of Croatia

Using Mach’s principle, we will show that the observed diurnal and annual motion of the Earth can just as well be accounted as the diurnal rotation and annual revolution of the Universe around the fixed and centered Earth. This can be performed by postulating the existence of vector and scalar potentials caused by the simultaneous motion of the masses in the Universe, including the distant stars.
————————–
http://www.fixedearth.com
http://www.geocentricity.com