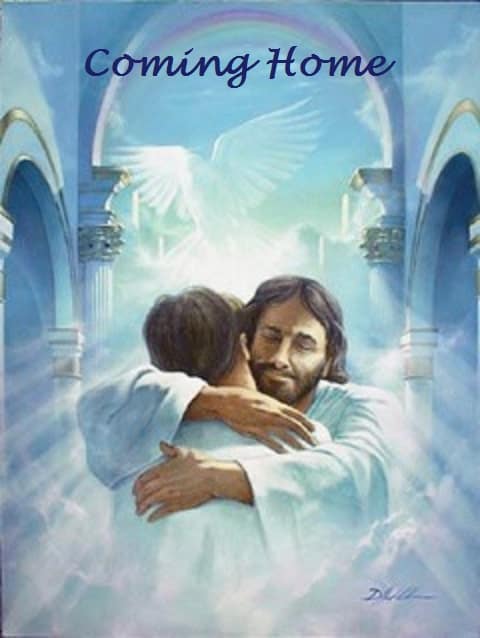 The secular-liberal media regularly give publicity to (and with attention comes credibility) the atheism of famous people such as British scientist Stephen Hawking.

I vowed I would try to redress the media’s skewed focus with accounts of  accomplished individuals who eventually came home to embrace a belief in their Creator. My first account was the late-life conversion of the distinguished American philosopher Mortimer J. Adler, followed by an account of the conversion of famous English scribe Malcolm Muggeridge.

Below is a very moving account of how a descendant of none other than Muhammad’s own tribe, made the wrenching decision to follow Jesus the Christ, with the help and unswerving friendship of a Christian named David Wood.

Wood is an example to us all.

Christ Called Me Off the Minaret

These are the first words of the Muslim call to prayer. They were also the first words ever spoken to me. Moments after I was born, I have been told, my father softly recited them in my ear, as his father had done for him, and as all my forefathers had done for their sons since the time of Muhammad.

We are Qureshis, descendants of the Quresh tribe—Muhammad’s tribe. Our family stood sentinel over Islamic tradition.

The words my ancestors passed down to me were more than ritual: they came to define my life as a Muslim in the West. Every day I sat next to my mother as she taught me to recite the Qur’an in Arabic. Five times a day, I stood behind my father as he led our family in congregational prayer.

By age 5, I had recited the entire Qur’an in Arabic and memorized the last seven chapters. By age 15, I had committed the last 15 chapters of the Qur’an to memory in both English and Arabic. Every day I recited countless prayers in Arabic, thanking Allah for another day upon waking, invoking his name before falling asleep.

But it is one thing to be steeped in remembrance, and it is quite another to bear witness. My grandfather and great-grandfather were Muslim missionaries, spending their lives preaching Islam to unbelievers in Indonesia and Uganda. My genes carried their zeal. By middle school, I had learned how to challenge Christians, whose theology I could break down just by asking questions. Focusing on the identity of Jesus, I would ask, “Jesus worshiped God, so why do you worship Jesus?” or, “Jesus said, ‘the Father is greater than I.’ How could he be God?” If I really wanted to throw Christians for a loop, I would ask them to explain the Trinity. They usually responded, “It’s a mystery.” In my heart I mocked their ignorance, saying, “The only mystery here is how you could believe in something as ridiculous as Christianity.”

Bolstered by every conversation I had with Christians, I felt confident in the truth of Islam. It gave me discipline, purpose, morals, family values, and clear direction for worship. Islam was the lifeblood that coursed through my veins. Islam was my identity, and I loved it. I boldly issued the call of Islam to anyone and everyone who would listen, proclaiming that there is no God but Allah and that Muhammad is his messenger.

And it was there, atop the minaret of Islamic life, that Jesus called to me.

Not the Man I Thought

As a freshman at Old Dominion University in Virginia, I was befriended by a sophomore, David Wood.Soon after he extended a helping hand, I found him reading a Bible. Incredulous that someone as clearly intelligent as he would actually read Christians’ sacred text, I launched a barrage of apologetic attacks, from questioning the reliability of Scripture to denying Jesus’ crucifixion to, of course, challenging the Trinity and the deity of Christ.

Even though he was a Christian, his zeal for God was something I understood and respected. We quickly became best friends, signing up for events together, going to classes together, and studying for exams together. All the while we argued about the historical foundations of Christianity. Some classes we signed up for just to argue some more.

After three years of investigating the origins of Christianity, I concluded that the case for Christianity was strong—that the Bible could be trusted and that Jesus died on the cross, rose from the dead, and claimed to be God.

Then David challenged me to study Islam as critically as I had studied Christianity. I had learned about Muhammad from imams and my parents, not from the historical sources themselves. When I finally read the sources, I found that Muhammad was not the man I had thought. Violence and sensuality dripped from the pages of his earliest biographies, the life stories of the man I revered as the holiest in history.

Shocked by what I learned, I began to lean on the Qur’an as my defense. But when I turned an eye there, that foundation crumbled just as quickly. I relied on its miraculous knowledge and perfect preservation as a sign that it was inspired by God, but both beliefs faltered.

Overwhelmed and confused by the evidence for Christianity and the weakness of the Islamic case, I began seeking Allah for help. Or was he Jesus? I didn’t know any longer. I needed to hear from God himself who he was. Thankfully, growing up in a Muslim community, I had seen others implore Allah for guidance. The way that Muslims expect to hear from God is through dreams and visions.

In the summer after graduating from Old Dominion, I began imploring God daily. “Tell me who you are! If you are Allah, show me how to believe in you. If you are Jesus, tell me! Whoever you are, I will follow you, no matter the cost.”

By the end of my first year in medical school, God had given me a vision and three dreams, the second of which was the most powerful. In it I was standing at the threshold of a strikingly narrow door, watching people take their seats at a wedding feast. I desperately wanted to get in, but I was not able to enter, because I had yet to accept my friend David’s invitation to the wedding. When I awoke, I knew what God was telling me, but I sought further verification. It was then that I found the parable of the narrow door, in Luke 13:22–30. God was showing me where I stood.

But I still couldn’t walk through the door. How could I betray my family after all they had done for me? By becoming a Christian, not only would I lose all connection with the Muslim community around me, my family would lose their honor as well. My decision would not only destroy me, it would also destroy my family, the ones who loved me most and sacrificed so much for me. For Muslims, following the gospel is more than a call to prayer. It is a call to die.

I began mourning the impact of the decision I knew I had to make. On the first day of my second year of medical school, it became too much to bear. Yearning for comfort, I decided to skip school. Returning to my apartment, I placed the Qur’an and the Bible in front of me. I turned to the Qur’an, but there was no comfort there. For the first time, the book seemed utterly irrelevant to my suffering. Irrelevant to my life. It felt like a dead book.

With nowhere left to go, I opened up the New Testament and started reading. Very quickly, I came to the passage that said, “Blessed are those who mourn, for they will be comforted.”

Electric, the words leapt off the page and jump-started my heart. I could not put the Bible down. I began reading fervently, reaching Matthew 10:37, which taught me that I must love God more than my mother and father.

“But Jesus,” I said, “accepting you would be like dying. I will have to give up everything.”

The next verses spoke to me, saying, “He who does not take his cross and follow after me is not worthy of me. He who has found his life will lose it, and he who has lost his life for my sake will find it” (NASB). Jesus was being very blunt: For Muslims, following the gospel is more than a call to prayer. It is a call to die.

I knelt at the foot of my bed and gave up my life. A few days later, the two people I loved most in this world were shattered by my betrayal. To this day my family is broken by the decision I made, and it is excruciating every time I see the cost I had to pay.

But Jesus is the God of reversal and redemption. He redeemed sinners to life by his death, and he redeemed a symbol of execution by repurposing it for salvation. He redeemed my suffering by making me rely upon him for my every moment, bending my heart toward him. It was there in my pain that I knew him intimately. He reached me through investigations, dreams, and visions, and called me to prayer in my suffering. It was there that I found Jesus. To follow him is worth giving up everything.