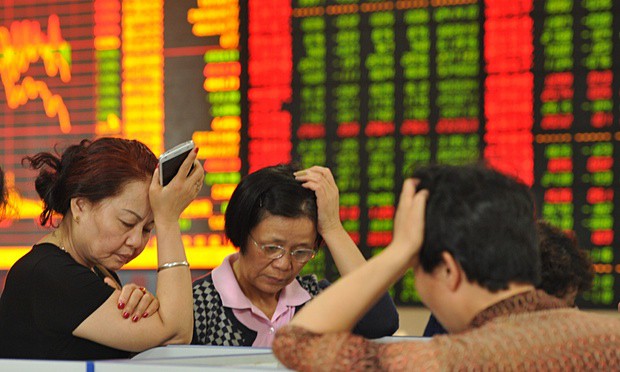 
“The Illuminati want a country to be in monstrous debt so they can crash its economy at will, and use the IMF to hijack the country’s political system and major corporations. It is likely that China will experience an economic collapse once it reaches the desired level of development.”
CHINESE STOCK MARKT DOWN ANOTHER 6% AS OF TUESDAY MORNING


‘Every province in China is Greece. Why aren’t they imploding like Greece?’ (2011)

David Richards, now 27, teaches English in Mongolia. He was living in China in 2011. 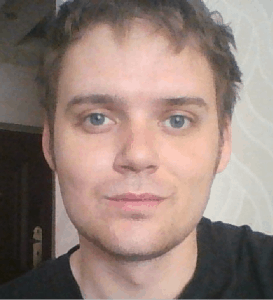 The mainstream media generally portray the US as a dying giant and China as an unstoppable rising power.

And yet, both countries have virtually the same debt-to-GDP levels. The US has $15 trillion worth of debt and a GDP of just over $14 trillion, while China has a GDP of $5.8 trillion and debts of $5.7 trillion.

So why is China portrayed as being strong? Because, as the Goldman Sachs graph shows, over the next 40-years, the Illuminati plan to weaken the US and strengthen China. Economics are a veil for an agenda.

China is picked to be the economic powerhouse of the New World Order.

This projection is at odds with China’s current economic weakness. The economy is fuelled by a construction bubble that should have burst years ago.

Lang believes China is bankrupt and can’t understand why the country isn’t in economic free-fall. By his memorable calculation ‘every province in China is Greece.’ Why aren’t they imploding like Greece?

In 2010, 70% of GDP came from infrastructure construction, including real estate development, railways, and highways. An investment banker recently described China’s construction bubble as the ‘greatest bubble in history.’

Clearly, China cannot afford to fuel this bubble itself. The Illuminati bankers fuel it to aid the country’s development.

The Illuminati want a country to be in monstrous debt so they can crash its economy at will, and use the IMF to hijack the country’s political system and major corporations.

It is likely that China will experience an economic collapse once it reaches the desired level of development.

This is what happened to South Korea, one of the  ‘Asian Tigers’ that crashed in 1997. Like China, South Korea had been going through a rapid period of growth, posting growth figures of 6-10% each year, due to having a protected economy receiving plenty of overseas investment.

However, once South Korea reached the desired level of development, the bankers crashed their economy and took full control of the country.

South Korea needed IMF loans to survive. Before the South Korean general election in 1998, the IMF took the unprecedented step of demanding that all Presidential contenders agreed to their will.

In the ‘re-adjustment process’ all the major South Korean corporations were sold off to foreign investors, e.g. General Electric bought a controlling share in the technology giant LG.

The same scam could be pulled on China.

The Illuminati have put China on a rapid course of development, while keeping the country under their control by making it an economic powder keg that can be lit at any time.

World markets are behaving irrationally, and the targets seem to be Russia and China.
The information on IMF’s gutting of South Korea comes from Naomi Klein’s ‘Shock Doctrine’ book Pg 263-

Let’s be careful not to fall asleep and forget the Illuminati’s convergence strategy;  the Eastern wing strategy most expertly recorded by Anatoliy Golitsyn (RIP).
“Another major event to occur under the ‘Long-Range Policy’ involves China. Watch for the Chinese Communist government to ‘collapse’ due to a manufactured economic crisis in several years (circa 2015). This prediction comes from Golitsyn’s second book published in 1995, The Perestroika Deception. In it Golitsyn says about China on page 166:
“A campaign for a new system of World Government will be launched at Summit level and will be accompanied by pressure from below, the active use of agents of influence and secret assassinations of leaders who are seen as obstacles. The Chinese will by then have adopted a ‘reformed’, pseudo-democratic system.”
So, according to Golitsyn, the new democratic government to arise in China will be controlled by the Communists from behind the scenes.”
Source: https://archive.org/details/GolitsynAnatoleTheNewLiesForOldOnes
“They [the Soviets] intend…to induce the Americans to adopt their own ‘restructuring’ and convergence of the Soviet and American systems using to this end the fear of nuclear conflict…. Convergence will be accompanied by blood baths and political re-education camps in Western Europe and the United States. The Soviet strategists are counting on an economic depression in the United States and intend to introduce their reformed model of socialism with a human face as an alternative to the American system during the depression.
Behind the mask of diplomatic and political cooperation and partnership with the United States and Europe, the current Russian leaders are following the strategy of their predecessors and working towards a ‘New World Order’. When the right moment comes the mask will be dropped and the Russians with Chinese help will seek to impose their system on the West on their own terms..
Read more at: http://www.azquotes.com/quote/883713
The Cold War may be ‘over’ for the West. For the Soviets it has entered a new, active and promising phase.
Read more at: http://www.azquotes.com/quote/587596
Always remembering:
“In the mid-seventies when the SALT II (Strategic Arms Limitation Treaty) was being discussed by the U.S. Senate, the author of this article (Iserbyt) arranged for a Soviet defector by the name of Igor Glagolev to come to Maine to participate in a debate with Secretary of Defense Paul Warnke. This debate was arranged by Maine’s Chamber of Commerce. Glagolev did a superb job presenting reasons why the United States should not sign onto this Treaty. At dinner the same evening Glagolev informed me that prior to his defection, when he held a very high position in the Kremlin, he sat in on meetings at which David Rockefeller Sr. and Henry Kissinger were often present.”
http://www.newswithviews.com/iserbyt/iserbyt3.htm
http://www.newswithviews.com/iserbyt/iserbyt9.htm
Source