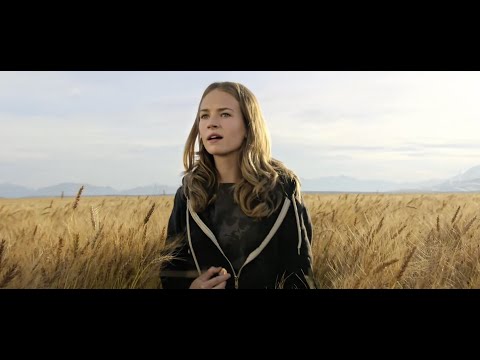 Illuminati cast themselves as heroes who are warning humanity of its doom.  By failing to heed our “benefactors” humanity’s fate is sealed. General consensus is that the plot does not sustain this $190 million effort. Rotten Tomatoes gave it %50.

by Aspen
Disney’s latest satanic message to the public is literally: “KILL THE MESSENGER.”Tomorrowland is a film about taking aim at the Watchmen on the Wall.

Ezekiel 3:17 KJV: Son of man, I have made you a watchman unto my house: therefore hear the word at my mouth, and give them warning from me.

The story: A secret society consisting of the brightest and most brilliant people in the world [sound familiar?] have found a technological means of separating themselves from the generally corrupt world and create an Utopia where reason and order persist.

They recruit the most intelligent humans to join them. The film openly acknowledges that this “Scientific Dictatorship” was spoken of by insiders such as Aldous Huxley and George Orwell. 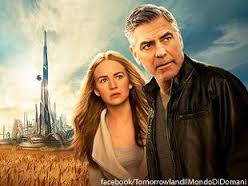 The only problem is this: These people — again, the best and the brightest — have found a way to look into the future using tachyons, and they discover that humanity is on a self-destructive course. So knowing, they decide to WARN humanity — that is, they become Watchmen who tell humanity that if they do not change their ways, destruction looms.

But, humanity does not heed their warnings. Humanity falls in love with self-destruction. As one character puts it, “Instead, you swallow your doom whole. You sprint eagerly towards your own demise. You in fact LOVE the idea that the world is going to end. Why? Because it requires NOTHING of you TODAY.”

In these words, we see truth: We are Watchmen upon the wall. And has humanity hearkened to the warnings we have given? Has humanity turned aside from filth and lies? Hardly. Now, here is where everything gets topsy-turvy and utterly satanic:

George Clooney — an openly professed atheist in real life — shouts, “It’s a self-fulfilling prophecy! You have chosen one possible future, and now you’re telling everyone it has to happen! If you just stop sending the message of doom, everything could change!”

Let me translate that into proper double-speak — sorry, devil-speak: “Dr. Makow, and all you other Watchmen, if you would just STOP telling everyone that the horrific plans of the Illuminati are in motion, and that the whole world lies in the Evil One…then maybe positive thinking would rule the day. Stop trying to CONVINCE everyone that there is a powerful evil agenda at work, okay? Problem solved!”

Kill the messenger. And, in this film, the messenger IS killed. Smashed. His last words are, “Aw, bollocks”, just before he’s crushed under a thousand tons of metal. And then Positive Thinking rules the day. Isn’t that nice.

Casey:     There are two wolves who are always fighting. One is darkness and despair. The other is light and hope. The question is: which wolf wins?
Nate Newton:     The one you feed.

Being that this is a Disney film, there is the usual clutter of satanic symbols and subtly-inserted witchcraft: The teenage female protagonist wears a belt buckle shaped like a pentagram and a sweater bearing a pagan “stargate” design; the nose of a rocket ship is nearly identical to features of the Large Hadron Collider and the Hindu statue of Shiva, the Goddess of Destruction, that keeps watch at CERN.

What can the Watchmen say?

Well, I know what DISNEY says, concerning the Watchmen:

“By WARNING you, I DOOMED you.”

The terrible thing about this film is that it is accurate in terrible ways.

The DAMNED do love their damnation. The DAMNED do hate the Watchmen who warned them. The DAMNED DO BELIEVE that the Power of Positive Thinking will change the course of history…At least, in the compromised cultures that accept this anthropocentric hell-vomit.

When destruction comes, the DAMNED will forever shriek about the Happy Ending based on Positive Thinking drawn from Humanism that they trusted in, because they rejected God.

The DAMNED reject the Watchmen on the wall, who warn the people: If you do not change your ways, and seek God, destruction is coming to you.

The WATCHMEN have nothing to fear from Disney.

We say, YOU HAVE BEEN WARNED. 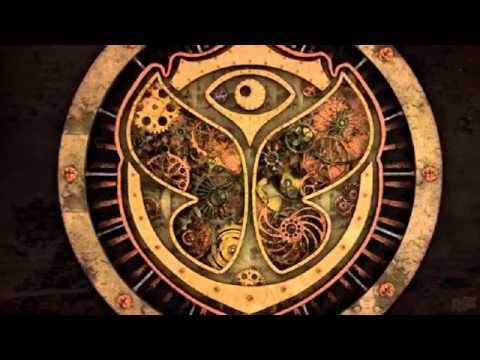 Another deeply insightful movie review from Hollywood insider ASPEN.
TOMORROWLAND is Monarch programming.  Yes, R$E is right that the makers of this movie intend to herd young viewers to the ‘Tomorrowland’ outdoor festival gatherings as soon as their able to obtain a plane ticket or drive there. (of course they’ll to pass a drivers test first and get a car from mom or dad.)
Movies tie into to music to drive ‘like minded’ – or more accurately, ‘hive minded’ youth to real time carnivals — where physically present ‘scouts’ for handlers will ‘hook up’ with thousands and draw them in.
When you’ve learned the sequence of the standard Disney monarch movie formula you’ll see in instantly in the three official trailers for TOMORROWLAND.   The Disney Monarch sequence goes like this:
The plot begins with minor (or a pair of minors) shown poking around somewhere they’re not supposed to be, without family adult supervision.    They will then befriended by an eccentric adult (wizard, witch, scientist, etc.)  who shows them a ‘secret place’ where they can do anything they want.  But they mustn’t tell their parents, or other authority figures, because ‘they can’t understand’.
Next comes the revelation from their new mentor that “we’ve be watching you a long time”. “you’re special”, or “you’re chosen”. and “you’re one of us”.
Thanks to Lenon Honor, who produced a few documentaries several years ago to show that all of the above is exactly the way that pedophile grooming works.  Now that you can recognize all the above in movies you thought were ‘magic’ when you were growing up, it makes sense of the sense of something evil under Disney brand candy coating.  The keys for all this go all the way back to Lewis Carroll’s ‘Alice in Wonderland’.   But it must be understand that the sexualization aspect isn’t the ‘end’ of the programming but one of the means.
Early Disney History
The Disney brand established itself as the bastion of family values, to be trusted as a morally and spiritually safe source of entertainment for children, youth and adults.
“It must be noted however, that morality and entertainment are mutually exclusive attributes.  For a parent to accept entertainment as the transmitter of morality and values for the family is the threaten the the family unit itself”.   (Lenon Honor)