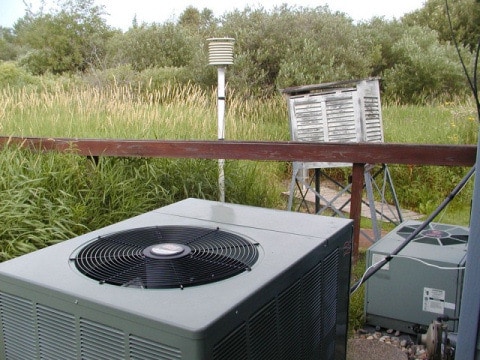 NOAA Relies On ‘Compromised’ Thermometers That Inflate US Warming Trend

The National Oceanic and Atmospheric Administration’s reliance on poorly-sited weather stations to calculate surface temperatures is inflating the warming trend of the U.S. and maybe even the rest of the world, according to a landmark study looking at three decades of data.

“The majority of weather stations used by NOAA to detect climate change temperature signal have been compromised by encroachment of artificial surfaces like concrete, asphalt, and heat sources like air conditioner exhausts,” Anthony Watts, a seasoned meteorologist and lead author of the study, said in a statement Thursday.

Watts and his fellow researchers found only 410 “unperturbed” weather stations out of the 1,218 stations used by NOAA to determine U.S. climate trends. These “unperturbed” stations don’t need to be adjusted by NOAA because they had not been moved, had any equipment changes, or change in the time temperatures were observed.

“This study demonstrates conclusively that this issue affects temperature trend and that NOAA’s methods are not correcting for this problem, resulting in an inflated temperature trend. It suggests that the trend for U.S. temperature will need to be corrected.” Watts said.

What’s more troubling, is that similar siting problems have been observed at weather stations around the world, meaning the global warming present in the surface temperature record may be overblown. Watts’ study comes after NOAA published a June study making further adjustments to temperature data and purported to eliminate the “hiatus” in global warming.

Watts’ new paper casts more doubt on NOAA’s temperature adjustments — which always seem to increase the warming trend. Correcting for these poorly-sited stations could also bring surface warming trends more in line with observations from satellites, which show no statistically significant warming for about two decades.

NOAA has come under fire in recent months for “homogenizing” the temperature data, a process used by scientists to correct for biases in the data. Scientists go in and either ratchet up or down temperatures from thermometers up or down based on things like changes in the time of day temperatures are observed, the equipment used to take readings, or changes in the actual locations of thermometers. NOAA has defended its data adjustments are necessary to get more accurate data.

But there’s a bigger question: why is NOAA relying on so many poorly-sited thermometers to collect temperature data?

“It’s one of the factors they did not consider,” Dr. John Christy, a climatologist at the University of Alabama in Huntsville and co-author of the study, told The Daily Caller News Foundation.

“Many of the thermometer sites have been contaminated,” Christy said, adding that poor siting “increases the warming rates.”

Christy and his colleague Dr. Roy Spencer created the first satellite datasets to observe global temperature trends in 1989, and have global data going back to 1979. Christy’s and Spencer’s satellite measurements, which collect temperature data from the lower atmosphere, show no statistically significant warming since 1994 — a period of 21 years.

“We prefer satellite data because it’s a measurement of the bulk atmosphere,” Christy said, adding this is where global warming should be most apparent. Satellites also don’t need to go through the level of adjustments surface thermometers do.

Watts’ study is likely to be challenged by the global warming “establishment” because it challenges data they believe supports the idea that greenhouse gases are pushing the world towards dangerous warming.

“If you want the truth about an issue, would you go to an agency with political appointees?” Christy said. “The government is not the final word on the truth.”

the weather stations..the vital pieces of the hoax..you must have increasing temperatures to validate the myth..where these land based stations are placed is critical..and i mean critical..read all about it..and note that the cultists arent liking what the satellite readings are telling them..that we are in a pause..a decad long pause..so they now want to switch to using land based readings as a majority..we know why..Hide The Decline..

“The majority of weather stations used by NOAA to detect climate change temperature signal have been compromised by encroachment of artificial surfaces like concrete, asphalt, and heat sources like air conditioner exhausts,”

“Watts’ study is likely to be challenged by the global warming “establishment” because it challenges data they believe supports the idea that greenhouse gases are pushing the world towards dangerous warming.”

i think hes used to that..