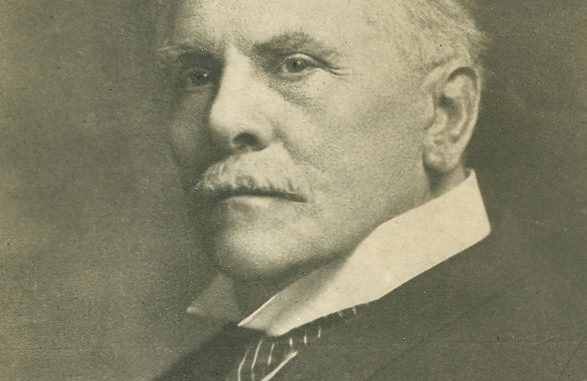 It’s much easier to find information about Dispensationalism today than only a few years ago, but many believers are still confused about just what it is and why it’s important to understand it. Believers “agree to disagree” on Dispensationalism, because they understand it as merely an interpretation of end times prophecy. So, the idea is as long as we follow Jesus, it doesn’t really matter. (Kind of like the biblical cosmology vs globe argument). But it does matter, (and so does biblical cosmology).

⇒Dispensationalism teaches a separate plan of salvation for physical-bloodline Israel.

⇒As a result of Dispensationalism leads to Christians not witnessing to Jewish people because they trust that Jews will find Jesus after the “rapture.”

⇒People who question the support of political Israel that Dispensationalism teaches, are branded “Anti-Semitic.” What worse form of racism or hatred can there be than withholding the gospel of Jesus Christ from an entire people group?

⇒Because of Dispensationalism’s support of a physical, bloodline Israel, the organized church is inviting Rabbis to bring their heretical, “Judaizing” doctrines that not only add law to the finished work of Christ on the cross, but occult mysticism. The apostle Paul warned the first century believers about this very thing.

“I am astonished that you are so quickly deserting the one who called you to live in the grace of Christ and are turning to a different gospel which is really no gospel at all.” (Gal 1:6-9)

Dispensationalism was deliberately sown into church doctrine in the 1800’s by Freemasons with a very specific agenda; to sweep the church up into a great one world spiritual religion centralized in Jerusalem. And things are going right according to plan. Jim Duke recently wrote about the history and doctrine of Dispensationalism. I’ve added my video below the post, the second part of which (18 minutes in) covers these same points.

Modern day Christianity adopts a doctrine outlining a case for a Pretribulation Rapture scenario based on scripture. However, when reading and analyzing the passages, we need the footnotes of the Scofield reference Bible to see that. By following along, it strings the passages together to fit and makes the case in the notes for this conclusion. However, is that necessarily what scripture tells forthright? So we ask how did it originate?

What this doctrine assumes is that God works in dispensations of periods, one of innocence, then of prophecy, then the 70 years of Daniel 9 with a huge gap separating the 69th from the 70th, which is the Church Age, following with the 70th week of 7 years identified as the 7 year tribulation period. In this 7 year period is half mild tribulation, and the second half the Great Tribulation. And that after a secret rapture has occurred to take out the living and previous Christians before God returns to focus on Israel to bring in the Jews. Which concludes with another resurrection into the new millennium of 1000 years of peace as the Kingdom of God represented here on earth. And of course a final resurrection for those who accept Christ in the millennium, before a last blast of war of nations into the eternal state.

The origin of modern Pretribulation Rapture doctrine and modern dispensationalism comes from Scofield for the most part, who was influential with his footnotes stringing irrelevant passages together to make a case for his doctrine to promote a Zionist political State of Israel as a necessary requirement for the fulfillment of scripture prophecy.

In the late 1800’s, Edward Irving, an English reverend notably credited as founder of the Catholic Apostolic Church, took the teachings of a Jesuit priest, Manuel Lacunza, writing under the assumed Jewish name of “Juan Josafat Ben-Ezra”, into consideration and formatted a doctrine based on it. Lucunza had been influenced by another Jesuit, Franscisco Ribera of the 16th century, by his work, Sacrum Beati Ioannis Apostoli, & Evangelistiae Apocalypsin Commentarii. John Darby attended several services of Edward Irving and started forming his own interpretation. in 1830. It had been rejected by most of the Christian community.

Scofield, like John Darby who set up the foundation for the theory, was a lawyer. His profession skilled him in presenting cases whether they were credible or not. And his grabbing verses here and there to make a case for Pretribulation Rapture dispensationalism is an example of this skill. His influence was the source of modern dispensationalism and futurism in the fundamental Christian community to push the agenda into the near future of the establishment of a Zionist State of Israel that he and his Zionist insiders would soon plan and fulfill. Then his doctrine would seem like a prophetic reality, when he himself was privy to the inside orchestration of such agenda.

C I Scofield was an American theologian, minister, and writer whose best-selling annotated Bible popularized futurism and dispensationalism among fundamentalist Christians. As the author of the pamphlet “Rightly Dividing the Word of Truth” (1888), Scofield soon became a leader in dispensational premillennialism, a forerunner of twentieth-century Christian fundamentalism. Scofield’s correspondence Bible study course was the basis for his Reference Bible, an annotated, and widely circulated, study Bible first published in 1909 by Oxford University Press. Scofield’s notes teach futurism and dispensationalism, which emphasizes the distinctions between the New Testament Church and ancient Israel of the Old Testament. Scofield believed that between creation and the final judgment there are seven distinct eras of God’s dealing with humanity and that these eras are a framework around which the message of the Bible could be explained. It was largely through the influence of Scofield’s notes that dispensational premillennialism became influential among fundamentalist Christians in the United States.

You’ll notice it admits the doctrine of Pretribulation Rapture/premillennialism was based primarily off the influence of Scofield. And it became popular with its influence of MODERN fundamental Christianity in the United States. Is this (U.S.) where the faith is compromised and influenced to be diluted? Before this the church considered it was millennial, and looked upon Vatican as the fulfilling position where the seat of antichrist presides, and the church as fulfillment of Israel. And a warning of the Synagogue of Satan working within to influence their Pharisaic laws. But a futuristic view puts all the fulfillment somewhere in the future out of relevance with the Christian church. Makes Israel returning and a separate dispensation, and antichrist one future man whom will come AFTER the first stage of saints are beamed out in a secret Rapture, which makes Revelation (after the 3rd chapter) only applicable to the future saints (the Jews who didn’t catch the gospel by what Jesus already accomplished) after a supposed 7 year tribulation period.

During the early 1890s, Scofield began styling himself Rev. C. I. Scofield, D.D.; but there are no extant records of any academic institution having granted him the honorary Doctor of Divinity degree. So he had no real credentials, only declared himself authority and given popularity by some means that I have not identified, but have suspicions. Also is known to have been a scoundrel involved in scandals. But his popularity increased over the ills of his reputation apparently.  It is believed he was an agent of Zionism, notably Rothschild, Rockefeller, and Balfour, who influenced his writing and views.

This case has to be made that assumes Jesus didn’t fulfill prophecy for the Jews. And that the Israel State has to be revised and present for the re-institution of sacrifices, as well as a Third Temple built to fulfill prophecy, which antichrist will preside (Dan 9, 2Thes 2), until Jesus takes over the Temple to rule physically on earth in the millennium (Rev 20). Christian Zionism supports the Zionist plan for the necessity of a physical State of Israel for prophecy fulfillment. And that it wasn’t finished for the Jews. However, since Jesus came to fulfill the law and the prophets, and come for His own, yet was rejected, it would be blasphemy to say it is NOT finished and that He failed to rescue Hiss own. But in fact, some of His own DID receive. And THEY became the church, called out ones of Christ as His body. Jesus fulfilled the promise with a better promise, a better covenant (Hebrews 8). No need for yet ANOTHER gospel. The one is fine for both the Jew and the Gentile. It is not through physical Israel, but the Israel of God, which Jesus is fulfillment, and the reason, not Israel.

For shortcut sake, see the extended article that has many of the cites used.
https://jamesperloff.com/2016/08/31/the-war-on-christianity-part-ii-the-abomination-and-blasphemy-of-christian-zionism/ 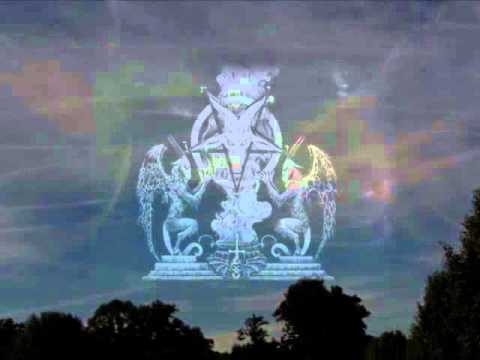