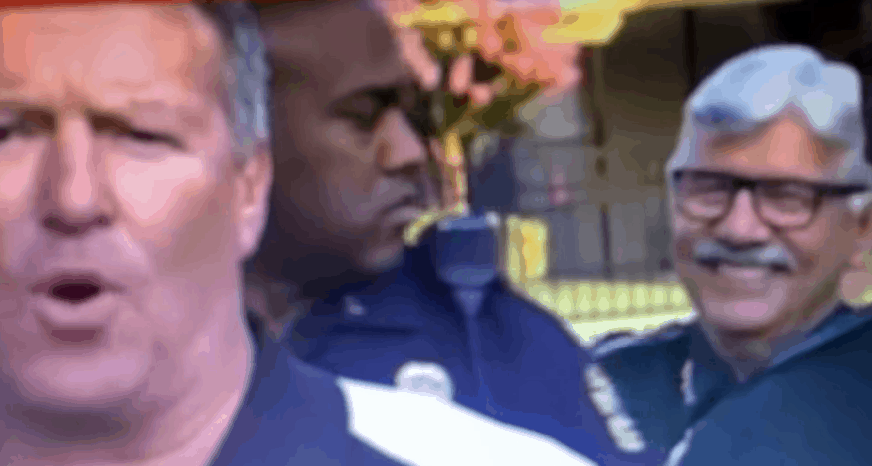 Observations and Commentary on the Orlando Shooting Hoax

The Orlando, Florida nightclub pretend-massacre was reported to have occurred between 2-5AM on June 12, 2016 at the Pulse gay nightclub. It’s the latest fabricated shooting hoax in a long list of government sponsored, staged shooting masquerades presented to the public as a real news event. All mainstream newspapers, magazines, TV, radio, and their internet news outlets are complicit in foisting these staged shooting hoaxes upon the American public.

The only place you’re going to find any genuine and honest discussion and reportage on these staged events is from internet bloggers, Youtubers and web sites similar to this one. You’re going to get the government Party Line from all your well known Leftists talking heads that flood FM radio (NPR), “fiercely independent” news outlets like Democracy Now with Amy Goodman (Pacifica radio stations), and from every single AM radio talk show and news outlet on the AM radio dial.

Since Obama became President, the frequency of hoax shootings have gone off the chart. Organized World Jewry* is the New World Order driving force behind staged shooting in America and in Europe. They want to take away our guns so we are left as defenseless as the Russian people were when the Bolsheviks outlawed guns following the 1917 Revolution (which was directed and funded by New York Jewish Zionist Jacob Schiff and others as agents for the Rothschilds). The end result was the murder of 60 million, mostly Christian, Russian and Ukrainian people. [*HHA note: “Organized World Jewry” is a specific organization of Cabalist-Jews, not a race or nationality. ]

Government sponsored staged shootings could include real victims who actually die, but most often it seems to be faux ‘victims’ who are either disappeared or were fictional characters to begin with, such as “Adam Lanza” or the 20 kids and six educators supposedly killed at Sandy Hook (and given very elaborate funerals, burials, memorial services, and teary eyed tributes on TV).

If even ONE piece of evidence or testimony proves, with certitude, that a hoax is bring perpetrated, then the entire event loses ALL credibility. Therefore, all storyline representatives ~ police, FBI, witnesses, coroner, hospital doctors, etc., whose testimony purports to support the hoax ~ become, by default, incredulous. However, it’s never, ever just one piece of evidence or one slipup that proves the story to be a hoax. In every staged shooting so far that has occurred under Obama’s regime, there is always a mountain of glaring video, factual, and testimonial giveaways to prove that the entire event is staged – and the Orlando hoax is no exception.

I strongly doubt that anyone was actually killed at the Pulse nightclub. I also doubt that Christina Grimmie was killed on June 11th.

However, if you base your opinion on what you read in mainstream news articles, such as this one, or what is presented on TV, radio, or CNN, you will be convinced beyond any shadow of a doubt that a massacre took place because the written word and TV commentators and ‘family member’ interviews are being orchestrated to pluck the heartstrings of an easily-duped and gullible public by a ubiquitous Zionist Propaganda Machine that is skilled at (and accustomed to) hoodwinking the public.

I recall receiving an email in late April or early May of 2013, just a few weeks after the Boston Bombing Hoaxathon, from a guy who said he lived in Boston. The guy sounded very sincere and wanted to assure me that he personally knew one of the woman (Heather Abbott) who supposedly had her lower leg blown off and told me that he knew for a fact that her leg was whole before April 15, 2013 and that she really lost her leg in the “bombing.” I was polite and wrote back to him that she couldn’t have lost her leg due to the “bombing” because no shrapnel-filled pressure cooker ‘bomb’ had exploded. It was a simulator ‘smoke bomb’ detonation from cylindrical mortars that some witnesses described as a ‘garbage can’ exploding. After the smoke bomb detonation, the crisis actors immediately moved into the area of the mortar placements to take up their positions (and place the mortar tubes in canvas bags and surreptitiously remove them from the area) while ordinary marathon spectators were trying to flee from that area. The smoke bomb detonations didn’t damage anything in its immediate vicinity, including people, the row of flags, furniture, upright cups, or even balloons just a few feet away because it was an open-air, vertical mortar discharge (detonation) with no schrapnel involved.

Because I had already realized – thanks to Youtubers – that the broken glass from the big window at the first explosion site (finish line) that had shattered outward (instead of inward, which would be the logical consequence of a bomb explosion on the outside of the building), and thelack of any damage to the flags and other, undisturbed lightweight objects in the immediate vicinity of the bomb-simulator mortars, that ALL other claims of 3 deaths and 264 injured spectators, or legs being blown off, or the absurd Nick Vogt [left] performance while laying on the sidewalk clutching that ridiculous looking peg-leg prosthesis he was wearing, cannot possibly be real.

Sandy Hook
The same goes for Sandy Hook, which may be the most thoroughly debunked government staged shooting hoax to date. It has more gaping holes than a volley ball net. Once you understand that the school had been closed down for 5 years prior to the drill/hoax staged on December 14, 2012; that there was no ‘Adam Lanza;’ that the feds running the show broke the glass of the front door; that there were no ‘assault weapons’; that there were no bullet-riddled classrooms splattered with blood; that the small group of kids supposedly being led away in the parking lot was either created or altered with PhotoShop; that there were no young bodies for Connecticut medical examier Wayne Carver to examine and pronounce dead; that there was no Dawn Hochsprung (school principal); no school nurse, nor any teachers teaching 456 non existent children at that school on December 14, then you must conclude that Nobody Died at Sandy Hook.

Many of the pretend Sandy Hook parents were interviewed ad nauseam on television and taken on Air Force One with Obama to Washington and other cities to stump for gun control as special envoys of Zionist World Jewry. One of the more prominently featured Sandy Hook ‘parent’ included an actor identified as David Wheelerand his wife Francine Wheeler. At the request of Obama, they spoke to the nation from the White House on a very special day for Satanists, April 13, 2013. On December 14, 2012, David played the dual roles of both grieving Sandy Hook parent and a pretend SWAT (Special Weapons and Tactics) team member who was caught on video walking around with genuine FBI swat team members.

Why this man would want to dress up in a SWAT team outfit and reveal himself as a dual role crisis actor to video cameras is beyond me. And why would the FBI/DHS organizers running this scam ALLOW this guy to dress up and wander around with their troops? It makes you wonder: Who is David Wheeler, really? He must be very high up in the inner circle satanic pecking order to be allowed to get away with such shenanigans. Obama probably had something to do with Wheeler obtaining permission to play SWAT-team-member-for-a-day.

The Pulse nightclub shooting
It’s estimated that 300 people were inside the Pulse nightclub when the suppossed shooting began around 2 AM. The club must have had security cameras in place. And how many of those 300 patrons DIDN’T have a cellphone or a smartphone in his pocket? Yet, there is not even one video of the shooter or the shooting; onlyverbal descriptions of what occured that are devoid of logic, supportive evidence, or sensibility (e.g. shooter Omar was reported to have called 911 [unsurprisingly, not made public] and texted his wife while he’s mowing people down, if you are willing to believe that).

If the event was real, you would expect to see swarms of ambulances and medical personnel attending to the dead and injured. Yet there are no ambulances or medical personnel to be seen in any video, just cops and green-vested Emergency types casually mingling with pretend-shooting victims (mixed in with what looks like dummies) laying on the sidewalk. Everyone is behaving as if this was a drill.

Dozens and dozens of police cars blocking off the road and a fire truck, but no ambulances. There should be many videos of dozens of aubulances unloading multible victims at hoptials, but we see no videos posted anywhere. Today, there is no longer a requirement for the media to show up to photograph or film a news event because just about everybody walking around carries a cell phone in his pocket which can record video – yet no video of victims being picked up or delivered to the hospital.

Witnesses
None of the so-called witnesses who claim to have barely made it out alive from the purported slaughter that they claimed was taking place within the nightclub report their experiences in front of video cmeras with anything even slightly related to genuine human emotions. Some witness crisis actors do a more credible job of acting, while the majority range from awful to pathetic.

Andy Moss (the most pathetic crisis actor of them all)
https://www.youtube.com/watch?v=TJcPcVxTW5I

Patience Carter turns out to be a Fox News reporter
https://www.youtube.com/watch?v=nRvfEePBmPY

Listen to the guy with the red tee shirt and notice the ‘blood’ on that shoe
https://www.youtube.com/watch?v=1Fj3JNGaCl8

Norman Casiano tells Anderson Cooper on June 13, 2016 that he was laying in the hospital for TWO days recovering from bullet wounds inflicted on June 12
https://www.youtube.com/watch?v=LEgLw6MNhMg

The “doctors” press conference. Does this look legitimate to you?
https://www.youtube.com/watch?v=z_wxmfCHOXc

No Blood
None of shooting witnesses have blood on their clothing, even though one guy (Christopher Hansen) said he had to “crawl over bodies” to get out of the club. How can you crawl over bodies (plural) that have been riddled with bullets and not get blood on you?

Names of people reported as killed