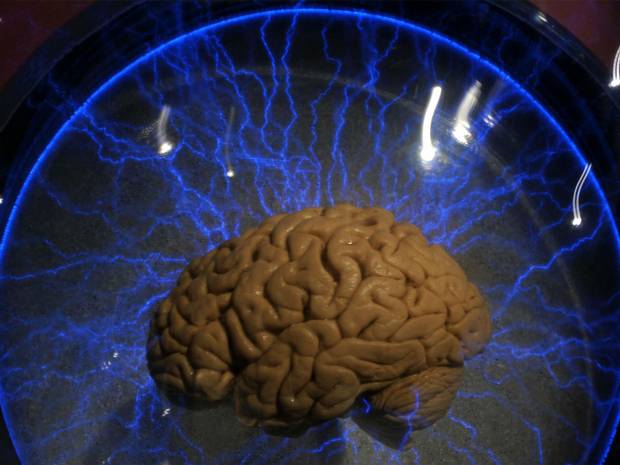 Evil spirits speak thoughts into our minds, and we think they are our own. As a believer, one thing we have to do is to take those thoughts captive to the obedience of Christ (2 Corinthians 10:5.) But today, satan, through men, is further accomplishing this intrusion into our thoughts at an unprecedented level through technologies. Everything the fallen cherub does is a counterfeit. He cannot read our thoughts like only the Holy Spirit can, so he is creating a counterfeit through technology. The New World Order planned utopia of the Luciferian elite is a counterfeit for the true prophesied utopia that awaits true believers in God’s millenium.

The Spirit of God is greater than any and all of these counterfeit technologies. But we have to be aware and draw near to Him in order not to be deceived. Scripture tells us not to be caught unaware. (Luke 21:34) We’re to know that these things exist and be wise about them, but not anywhere in scripture are we told to be afraid.

Companies are taking out a huge amount of patents related to reading brainwaves, according to analysis, with a range of different applications.

Fewer than 400 neuro-technology related patents were filed between 2000-2009. But in 2010 alone that reached 800, and last year 1,600 were filed, according to research company SharpBrains.

The patents are for a range of uses, not just for the healthcare technology that might be expected. The company with the most patents is market research firm Nielsen, which has 100. Microsoft also has 89 related patents.

Other uses of the technology that have been patented include devices that can change the thoughts of feelings of those that they are used on.

But there are still medical uses — some of those patents awarded include technology to measure brain lesions and improve vision.

The volume and diversity of the patents shows that we are at the beginning of “the pervasive neurotechnology age”, the company’s CEO Alvaro Fernandez said.

“Neurotech has gone well beyond medicine, with non-medical corporations, often under the radar, developing neurotechnologies to enhance work and life,” said Fernandez.