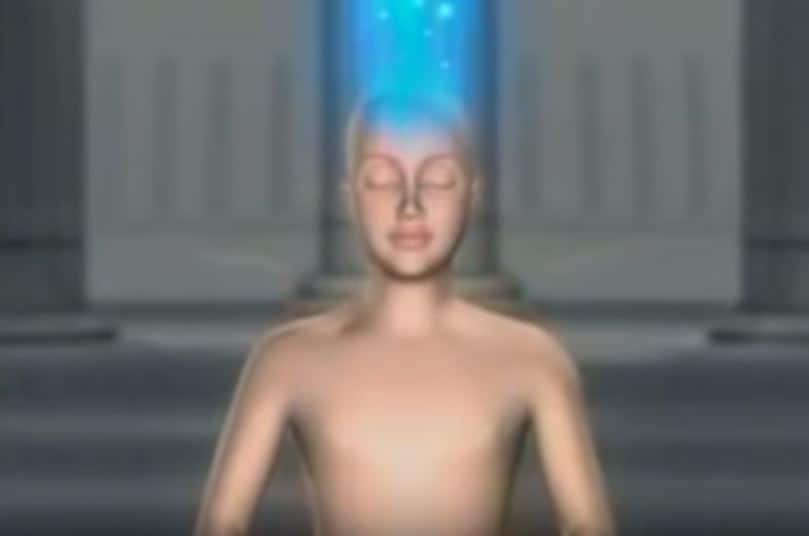 Christians may ask why it’s such a bad thing to do yoga, or open one’s Third eye, etc., as long as we aren’t “using such knowledge for evil”…? 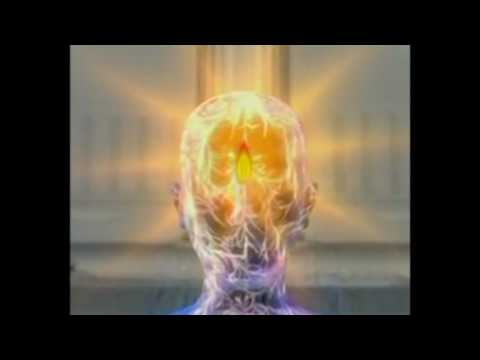 In spite of talk about health and fitness, yoga’s real goal (even Christian yoga) is to awaken Kundalini power, coiled like a serpent at the base of the spine. Nothing seems to get a heated debate started faster than challenging a Christian who practices yoga on this subject!

“And be not conformed to this world: but be ye transformed by the renewing of your mind, that ye may prove what is that good, and acceptable, and perfect, will of God.” (Romans 12:2)

“But I only do the stretching part.” I can’t tell you how many times I have heard this. This article is written for the sake of clarification and education on the practice of Yoga.

Yoga (/ˈjoʊɡə/; Sanskrit: योग, Listen) are the physical, mental, and spiritual practices or disciplines that aim to transform body and mind. The term denotes a variety of schools, practices and goals in Hinduism, Buddhism (including Vajrayana and Tibetan Buddhism and Jainism,[ the best-known being Hatha yoga and Raja yoga. The term yoga is derived from the literal meaning of “yoking together” a span of horses or oxes, but came to be applied to the “yoking” of mind and body.[1]

A MYSTIC AND ASCETIC HINDU DISCIPLINE BY WHICH ONE SEEKS TO ACHIEVE LIBERATION OF THE SELF AND UNION WITH THE SUPREME SPIRIT OR UNIVERSAL SOUL THROUGH INTENSE CONCENTRATION, DEEP MEDITATION, AND PRACTICES INVOLVING PRESCRIBED POSTURES, CONTROLLED BREATHING, ETC.

A SYSTEM OF EXERCISING INVOLVING THE POSTURES, BREATHING, ETC. PRACTICED IN THIS DISCIPLINE [2]

A Christian who studies the Word of God, should instantly see red flags and discern that Yoga and Christianity are not compatible. We see in the definition “Yoga is the physical, mental and spiritual practices or disciplines that aim to transform body and mind.” What does God say about transforming our minds?

“And be not conformed to this world: but be ye transformed by the renewing of your mind, that ye may prove what is that good, and acceptable, and perfect, will of God.” (Romans 12:2)

Immediately we see a problem between transforming our minds in Yoga, and being transformed by the renewing of our minds according to the Word of God. As Christians, God wants our minds to be renewed, so we will be able to know His will for us. God wants us to be closer to Him. He speaks to us through His Word. He is our perfect Father.

“According as his divine power hath given unto us all things that pertain unto life and godliness, through the knowledge of him that hath called us to glory and virtue” (2 Peter 1:3)

We know that the practice of Yoga is rooted in Hinduism and Buddhism. As Christians, do we want to open up our minds to something that will transform us to be more like Hindus or Buddhists? Ok, when we see it in black and white, it seems unthinkable. But this is exactly what practicing Yoga is accomplishing in your life.

“There is a way which seemeth right unto a man, but the end thereof are the ways of death.” (Proverbs 14:12)

Next we see in the definition – The term yoga is derived from the literal meaning of “yoking together” a span of horses or oxes, but came to be applied to the “yoking”of mind and body.

Another red flag should easily be seen by a student of the Word. Let’s see what God says about being yoked together:

“Be ye not unequally yoked together with unbelievers: for what fellowship hath righteousness with unrighteousness? and what communion hath light with darkness?” (2 Corinthians 6:14)

Were you aware that every Yoga pose is a posture of worship to various Hindu gods? In this way, the person is making offerings to millions of Hindu deities! Of course, these details are left off of the “Welcome pamphlet” in Yoga centers. People are coming there to stretch and relax and be energized, right?

In an interview with Dave Hunt of the Berean Call (Dave is now with our Lord) the subject of the Kundalini Spirit was addressed:

“In spite of the advertisements and talk about health and fitness yoga’s real goal is to awaken Kundalini power, coiled like a serpent at the base of the spine, ready to spring up to manifest itself through the alleged chakras, (centers of universal force) of the body.” Now, what exactly is Kundalini yoga, or Kundalini power, for that matter?”

“Well, to put it bluntly, it’s demonic. There is no way you can explain it physically, it’s a non physical force. There certainly is nothing coiled at the base of the spine, three and one-half times coiled like a serpent that’s going to spring up when you get in the proper state of consciousness, supposedly. This is the same occult power that all the occultists are in touch with, or try to be in touch with.”

In yoga, the student is told to empty their minds to prepare for meditation. An empty mind is exactly what Satan likes! Look at what God says about meditation:

“Let the words of my mouth, and the meditation of my heart, be acceptable in thy sight, O Lord, my strength, and my redeemer.” (Psalm 19:14)

We meditate on His Law and on His Word. We FILL our minds with the goodness of our Father’s perfect and Holy Words. Do you want an empty mind, or a mind filled with God’s Word?

We have seen the videos of holy laughter and other aberrant behavior in churches. Do we have to wonder from where the spirits came who wreak such havoc with children of God? Could it be that so many Christians are practicing yoga and are bringing the Kundalini spirit into their services? I have read that Hindus who knowingly seek out the Kundalini spirit, behave in similar ways during their worship. With the uncontrollable laughter and rolling about on the floor, it would be hard to tell the difference between them and a charismatic Christian service!

Over thirty million people in America practice Yoga. In the 1960’s, Transcendental Meditation came on the American scene. It was a time of self realization and finding the meaning to life within oneself. Society pushed God aside, and replaced Him with Self. Secular humanism is the new religion, and it has caused the moral decline of our society. If there is no God, then there are no moral absolutes, right? Unfortunately, this ideology has crept into the Church as well.

How will we persuade a lost world that they need to repent and trust Jesus Christ for the forgiveness of their sins, if we look just like them? God wants us to come out from them and behave and live like His children. When the world looks at us, do they see Jesus? That should be the prayer of each of our hearts – daily.

“Now the Spirit speaketh expressly, that in the latter times some shall depart from the faith, giving heed to seducing spirits, and doctrines of devils” (1 Timothy 4:1)

If we try to fit into this world, we not only ruin our testimony, but we put ourselves in jeopardy of falling away from God. Do you not know that the devil seeks to destroy you all day long? He is the accuser of the brethren. He is a liar and the father of lies. If we don’t cling to our Father and study His Word, we become prey for the enemy of our souls.

I have heard Christians talk about the evil of New Age practices, and yet they practice yoga. Somehow our churches have placed a stamp of approval on yoga. A brother or sister in Christ would never think of attending a séance or play with a Ouija board, or see a spiritist for a reading. But these same people will go to their yoga classes and enthusiastically invite others. It’s time for the truth about yoga to be told to your family and friends!

Writing this article will certainly not win me new friends. As a matter of fact, some may choose to ignore the warnings and consider me a bit fanatical. But hopefully others who have wondered about yoga, will be glad that they now know the dangers of it.

Don’t forget that the Evil one – the father of lies – the author of confusion – Satan, wants to take you away from the Lord. Hold fast to what you know is right. Turn away from evil. Cling to Jesus and His Word.

1 Peter 5:8
“Be sober, be vigilant; because your adversary the devil, as a roaring lion, walketh about, seeking whom he may devour.”

In short, we cannot play patty-cake with the occult. This is evil stuff with evil spirits operating through it.