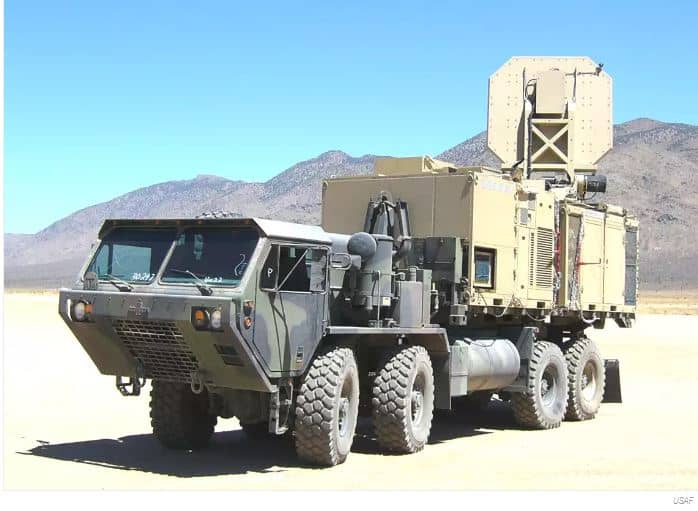 First we were presented (ad nauseum) with reports by the MSM, that commercial airliners, hijacked by “terrorists” had flown into the twin towers causing them to collapse. As that story began to unravel, in came the “Architects and Engineers for 9/11 truth” with their “thermite, controlled demolition” explanation. Upon closer examination, that theory also had serious problems, as pointed out by Dr Judy Wood in her book “Where Did The Towers Go.” The evidence indicated that microwave energy weapons were used to create the false flag event. This year, as we saw much the same type of evidence and damage in the California “wildfires”, many people are questioning the trustworthiness of the MSM. Interestingly, the MSM has recently reported on directed energy technology. Here are two such articles:

“On September 28, 2017, about 10 days before the Northern California Fires in Wine Country began, Fox News ADMITS to the government having Laser Technology or Directed Energy Weapons (DEW).

ATHENA, (Advanced Test High Energy Asset), is one of the most exciting of these new American laser weapons. During recent testing with the U.S. Army’s Space and Missile Defense Command at the Army’s White Sands Missile Range in New Mexico, the 30-kilowatt weapon slayed five Outlaw drones. Not toy hobby sized drones, but drones with nearly 11 foot wingspans. Silent, invisible, deadly. The powerful ATHENA laser weapon can destroy enemy threats within seconds. For the United States, thanks to pioneering efforts of American companies like Lockheed Martin and the military, laser weapons are no longer the stuff of Star Wars and Star Trek.

In near-term future battles, the U.S. military can choose to bring laser weapons mounted on vehicles, vessels, and more, to war. By comparison, the weapons of any enemy will look like bows and arrows.” read more...

“The Air Force and other government agencies have been working on the weaponization of microwaves for over two decades. Various emitters have been employed on the ground — in Afghanistan and Iraq, they have been used to disable improvised explosive devices (IEDs) and small drones. “read more…

Coincidence? Of course not. Between MSM and the internet/alternate media, these technologies are being exposed in a very controlled way. Why? Remember the satanic motto: “order from chaos”. People naturally rise up against oppression, and that is exactly what they need in order to bring a new leader and system on the scene to save the day.

Albert Pike received a vision, which he described in a letter that he wrote to Mazzini, dated August 15, 1871. This letter graphically outlined plans for three world wars that were seen as necessary to bring about the REAL New World Order, and it’s not the one presently being “exposed”.

“”The Third World War must be fomented by taking advantage of the differences caused by the “agentur” of the “Illuminati” between the political Zionists and the leaders of Islamic World. The war must be conducted in such a way that Islam (the Moslem Arabic World) and political Zionism (the State of Israel) mutually destroy each other. Meanwhile the other nations, once more divided on this issue will be constrained to fight to the point of complete physical, moral, spiritual and economical exhaustion. We shall unleash the Nihilists and the atheists, and we shall provoke a formidable social cataclysm which in all its horror will show clearly to the nations the effect of absolute atheism, origin of savagery and of the most bloody turmoil. Then everywhere, the citizens, obliged to defend themselves against the world minority of revolutionaries, will exterminate those destroyers of civilization, and the multitude, disillusioned with Christianity, whose deistic spirits will from that moment be without compass or direction, anxious for an ideal, but without knowing where to render its adoration, will receive the true light through the universal manifestation of the pure doctrine of Lucifer, brought finally out in the public view. This manifestation will result from the general reactionary movement which will follow the destruction of Christianity and atheism, both conquered and exterminated at the same time.” 4″

This has happened all throughout history; new order from chaos. Look at the Black Death of the 1400’s and the ensuing return to pre-Christian thought, answered by the Reformation, which of course was immediately infiltrated, shortly leading to the “Enlightenment”… and on and on… The battle of good and evil continues, the methods of the enemy always the same. “the Beast from the sea” (political), and “the Beast from the land” (spiritual) working together to bring about chaos, destruction, fear, control, and above all else, to destroy the gospel. Is this the final battle? Even though I hold to a historical view of eschatology, I think the evidence indicates that it likely is. But I could be wrong. People who lived in the days of the Black Death were convinced they were living in the last days too. So, as we walk through these days, seeing these things and sharing so others aren’t unaware, we’re always brought back to the gospel and who we are in Christ:

“Since all these things are thus to be dissolved, what sort of people ought you to be in lives of holiness and godliness?” 2 Pet 3:11

“Therefore we also, since we are surrounded by so great a cloud of witnesses, let us lay aside every weight, and the sin which so easily ensnares us, and let us run with endurance the race that is set before us, looking unto Jesus, the author and finisher of our faith, who for the joy that was set before Him endured the cross, despising the shame, and has sat down at the right hand of the throne of God.” Heb 12:1