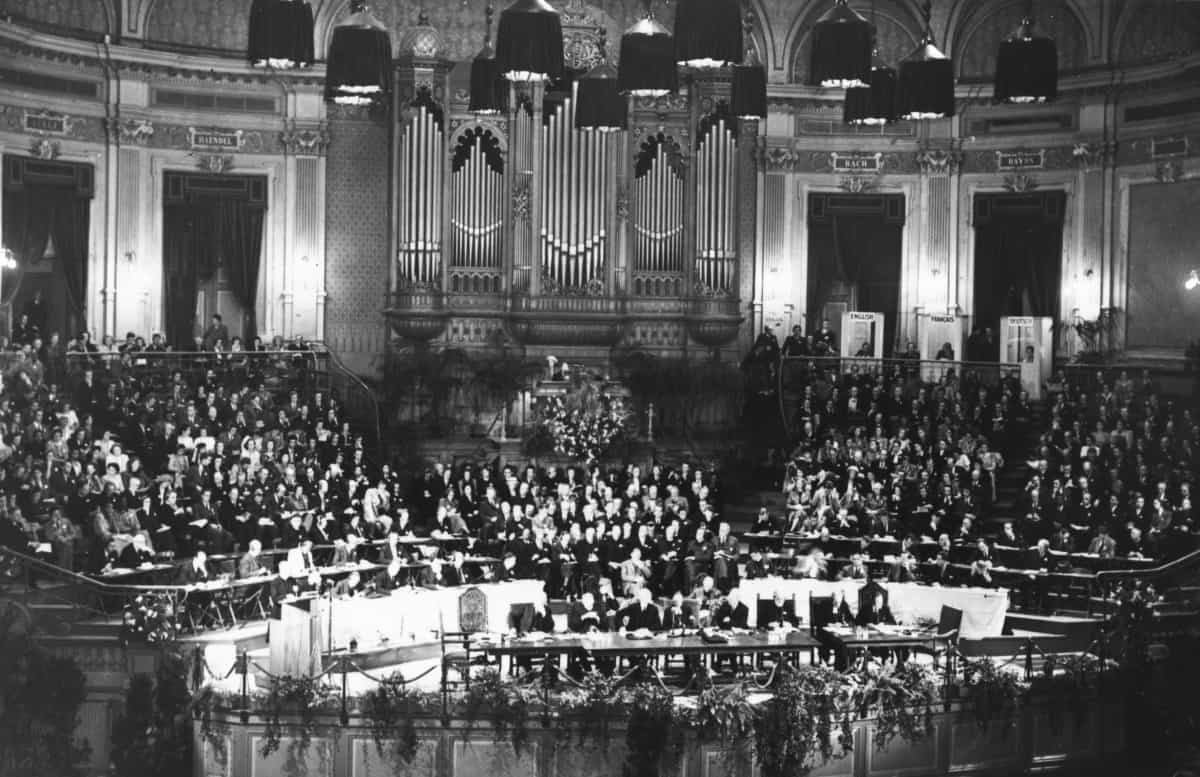 The World Council of Churches is a key part of the global agenda to bring about a New World Order and One World Religion. To properly understand the alarming changes taking place in the mainstream church today, it is critical to understand the forces at work behind the scenes of this insidious agenda and the lengths to which they have gone to infiltrate and manipulate mainstream Christianity. Here is a brief overview by Berit Kjos. Abridged. Source linked at the bottom.

Dr. Harry Ward, a long recognized leader of the National Council of Churches was identified as a Communist by the House Committee on Un-American Activities…. He perverted several generations of American ministry with his pro-Red teachings in his position as Professor of Christian Ethics at Union Theological Seminary in New York city, a subsidiary of the Rockefeller Octopus.


Why would Communists who are known as atheistic materialists be interested in religion? The answer is simple. Socialist “theologian” and associates of the British Fabian Society, Dr. Walther Rauschenbusch, wrote in 1893:

“The only power that can make socialism succeed, if it is established, is religion. It cannot work in an irreligious country.”


Major Edgar Bundy, in his book, Collectivism in the Churches, said,

“Socialism, thus, was his first concern. Religion was only a means toward achieving socialism.”

Thus, a great World Parliament of Religions was called in 1893 in Chicago “to explore and strengthen the common grounds of brotherhood which bind all men and which make the truly one in mind and heart.” The Archbishop of Canterbury was indignant, given “that the Christian religion is the one religion… I do not understand how that religion can be regarded as a member of a Parliament of Religions, without assuming the equality of other intended members and the parity of their position and claim.”


The promotion of “unity-in-diversity” through religion continued and in 1901, an international Congress on the history of religions opened in Paris. …


After world War 1, John D. Rockefeller became involved in what was called the Interchurch World Movement. The idea was that

“another crusade was needed to bring the warring factions of Christianity together.” [154-11]

“Would that I had the power to bring to your minds the vision as it unfolds before me! I see all denominational emphasis set aside… I see the church molding the thought of the world as it has never done before, leading in all great movements as it should. I see it literally establishing the Kingdom of God on earth.”

The Federal Council of Churches… was used routinely by the Rockefellers to further their personal interests in church circles. Rockefeller donated to the Federal Council’s Department of Church and Economic Life and promoted the concept of an international church. [154, 13] This is how “ecumenism” got its beginning as Rockefeller became the most important financier of liberal and ecumenical Protestantism.

…”Unity-in-Diversity promotion has for years promoted ‘world harmony and cooperation… Creating a global civilization… a network of planetary citizens, a functional world government.’ … Many of our pastors, priests, preachers and teachers are infiltrators themselves. Others have been brainwashed to actually believe the lies and watered down messages they preach and teach.”


All these policies are now successfully implemented.

When the Los Angeles Times was still reporting some truth in news, one editorial read:

“The ADA members… are as organization strictly like the British Fabian Socialist… The Fabians stood for non-Marxian evolutionary socialism, to be achieved not by class war but by ballot…”

“ADA is not an organization for subversive violence like Marxist-Leninist communism… The socialism they want to bring about would be quite as total, industrially as that in Russia, but they would accomplish it by legislation, not by shooting, and , or of course, by infiltrating the executive branch of the government….”


This is exactly what has taken place in America today. The Marxists are constricting American daily by legislation. It is called the “rule of law.”

“When the Western world was floundering in an unjust and competitive order… God reached out and put his hand on the Russian Communist to produce a juster order and to show a recumbent church what it has missed in its own gospel.”


Unity-in-Diversity promotion has for years promoted ‘world harmony and cooperation… Creating a global civilization… a network of planetary citizens, a functional world government.’ … Many of our pastors, priests, preachers and teachers are infiltrators themselves. Others have been brainwashed to actually believe the lies and watered down messages they preach and teach.


Full article source and footnotes can be found here: http://www.crossroad.to/Excerpts/books/unholy-alliances/council-of-churches.htm