As the dark powers behind the scenes of governments and the social engineering of the public are revealed, the various truth “movements” are bringing mixed messages and disinformation. It’s fair to say that most things found on the internet about the New World Order (NWO) are comprised of half-truths, fear mongering, false religion and scripture twisting. To the thinking person, this should betray what is behind much of the ‘exposing.’

The (NWO) is near completion, and it is a terrifying prospect. But there are problems with the popular idea that this is the great “one world government” and “one world religion” prophesied in scripture, the chief one being that the NWO is being tyrannically imposed. It’s hard to imagine its leader receiving the public adulation spoken of in scripture. (Rev. 13:4) So, how is this all supposed to play out?

When we look at the writings of occultists, we find that, as horrific as it will be, the NWO is a means to justify a new system (the real New World Order.) It might be accurate to consider the current “NWO” the “ultimate false flag”.

The Stage of the Forerunner

The NWO is the forerunner of their planned New Age. In her book Externalization of the Hierarchy, H Blavatsky write that,

“Thus a great and new movement is proceeding and a tremendously increased interplay and interaction is taking place. This will go on until A.D. 2025. During the years intervening between now and then very great changes will be seen taking place, and at the great “General Assembly of the Hierarchy—held as usual every century—in 2025 the date in all probability will be set for the first stage of the externalisation of the Hierarchy. The present cycle (from now until that date) is called technically “The Stage of the Forerunner“.

…the direct work of the Hierarchy with Humanity can again take on fresh meaning, can be re-established on new and somewhat different lines, and thus definitely bring in that “new heaven and new earth” for which men have so long waited.” – H Blavatsky

““The first step (thesis) is to create a problem. The second step (antithesis) is to generate opposition to the problem (fear, panic and hysteria). The third step (synthesis) is to offer the solution to the problem created by step one: A change which would have been impossible to impose upon the people without the proper psychological conditioning achieved in stages one and two.” (Foundation of Human Understanding)

Occultist Alice Bailey wrote of a plan that would cause people to embrace a spiritually based New World Order. Today, we can clearly see Bailey’s oft quoted Ten Point Plan at work, spiritually preparing the populous for the deception to come. Of what is to come, she writes:

“The [real] new world order must be appropriate to a world which has passed through a destructive crisis and to a humanity which is badly shattered by the experience. The new world order must lay the foundation for a future world order which will be possible only after a time of recovery, of reconstruction, and of rebuilding.

…the present world order (which is today largely disorder) can be so modified and changed that a new world and a new race of men can gradually come into being. Renunciation and the use of the sacrificial will should be the keynote for the interim period after the war (WWII), prior to the inauguration of the New Age.” – Alice Bailey: Quotes From Various Works (all 24 books have been electronically indexed and are searchable here)

Destruction of Christianity and Silencing of the Gospel

The NWO is the catalyst (chaos) out of which a new world leader, “The Christ,” and his New Age Utopia will emerge. This is the false Christ who will deceive many, and his Utopian New Age will be hell on earth for anyone who trusts in Jesus Christ, the true son of God. During this time, their plan is for the gospel to be silenced. According to Bailey,

“They look to no bible or system of so-called inspired spiritual knowledge and revelation, but their eyes are on the undefined larger wholes in which they seek to merge and lose themselves, such as the state, an ideology, or humanity itself.” – Alice Bailey

“Palestine should no longer be called the Holy Land; its sacred places are only the passing relics of three dead and gone religions.  …  Judaism is old, obsolete, and separative and has no true message for the spiritually minded which cannot be better given by the newer faiths; the Moslem faith has served its purpose and all true Moslems await the coming of the Imam Mahdi who will lead them to light and to spiritual victory; the Christian faith also has served its purpose; its Founder seeks to bring a new Gospel and a new message that will enlighten all men everywhere. ” – Alice Bailey

“[Alice Bailey’s] vision was that… ‘The Christian church in its many branches can serve as a St. John the Baptist, as a voice crying in the wilderness, and as a nucleus through which world illumination may be accomplished.’

In a word, she desired the time when the ‘Christian churches’ would embrace the New Age concepts of illumination and self-realization.

The New Age plan to bring in world peace cannot fully establish the Golden Age of Aquarius until Biblical Christianity is outlawed or destroyed.” — Richard Bennett, Can Mysticism Lead to God (emph added)

In A Message of Hope for the New Millennium, and The Book of Co-Creation, Barbara Marx Hubbard predicted “personal extinction” of people who will not go along with the New Age program. And David Spangler says that those not attuned to New Age energy “have no place in the new world”; they will be sent “where the patterns of the old still hold sway” for their “highest good.”

The demonic spirit “Maitreya”, who Bailey refers to as “the Christ”, speaks of a period of calm when “guilt will recede”,

“…After the disasters have peaked there will come a period of calm – the violence and destruction will come to an end. As people gain awareness, their guilt will recede…” –Maitreya’s Mission, Volume Two, Benjamin Creme, Share International Foundation, 1993, pp186-187

The silencing of the gospel. 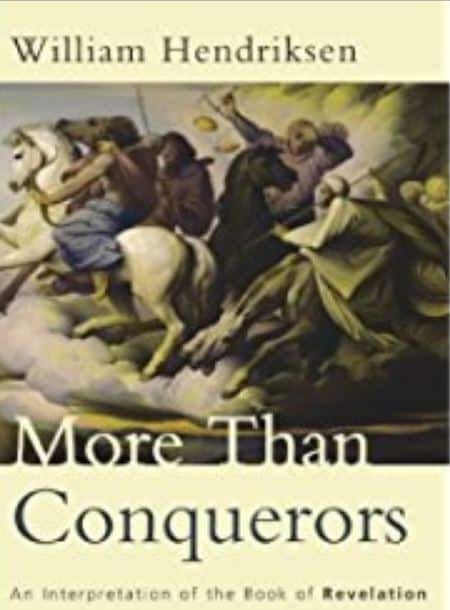 This lines up with the historical view of prophecy that William Hendriksen writes about in his book, More Than Conquerors:

“It is the period of the antichrist. John emphasizes the fact that the spirit of the antichrist is in the world already (1 Jn. 4:3). In the Apocalypse [book of Revelation] this period of three years and a half refers to the entire gospel age. It is followed by the ‘three days and a half’ during which “the beast that comes up out of the abyss” – the antichristian world in its final phase – will kill the witnesses [identified earlier as believers] and will silence the voice of the gospel (cf. Rev. 11:7 ff.).” – William Hendriksen – More Than Conquerors p 144

As has always been the case under communism, Christians (the witnesses) under the New World Order world government will be severely persecuted. In the real  or “New” New World Order the gospel will be silenced. According to Hendriksen, this time of silencing, and possibly a short time before it, are what bible refers to as the brief “loosing” of Satan on the earth before the return of the Lord. (Rev 11) In light of the mass deception in the world today, some believe the devil may have already been loosed.

“Chapter 13 shows us the agents, instruments, or tools which the dragon uses in his attack upon the Church. Two beasts are described. The first is a monster of indescribable horror. The second has a harmless appearance and for that very reason is even more dangerous than the first. The first beast comes up out of the sea. The second arises from the land. The first is Satan’s hand. The second is the devil’s mind. The first represents the persecuting power of Satan operating in and through the nations of this world and their governments. The second symbolizes the false religions and philosophies of this world. Both these beasts oppose the Church throughout this dispensation… In 14:8 a third agent is mentioned, namely, Babylon, the harlot. So, in all, three agents are employed by Satan in his attack upon the earth. They are antichristian persecution, antichristian religion, and antichristian seduction.” – Hendriksen – More Than Conquerors p 144 (emph added).

How do we respond to the NWO?

It is not possible nor prudent to fully understand the detailed “grand finale” of satan, but we do need to be discerning and aware of the enemy’s devices (II Cor 2:11). We need to be careful not fall into fear, and the only way to do that is to keep our eyes on things above, (Matt 10:28, Col 3:2). We need to share THE TRUTH of the GOSPEL, which is our true HOPE .

We’re living in possibly the most deceptive times the world has ever known. If Christians aren’t aware of what’s going on we risk being deceived, or even worse, sharing a false gospel.

Without Christ we are all sinners deserving of God’s wrath.

No one can earn (works) their way into God’s presence.

Our human efforts to be righteous are “as filthy rags.”

“We have all become like one who is unclean, and all our righteous deeds are like a polluted garment.

Our sin has kept us from God’s presence and eternal life, but God loves us!

“For God so loved the world, that he gave his only Son, that whoever believes in him should not perish but have eternal life.

For God did not send his Son into the world to condemn the world, but in order that the world might be saved through him.

Whoever believes in him is not condemned, but whoever does not believe is condemned already, because he has not believed in the name of the only Son of God.” (John 3:15–18)

He has communicated His existence to us through:

The Bible teaches that we need to repent (turn from) from sin (the various ways we’ve rebelled against our Creator by trying to find life and meaning within ourselves instead of through Him,) (Matthew 3:2; Mark 6:12) take up our cross and follow Him! (Luke 9:23).