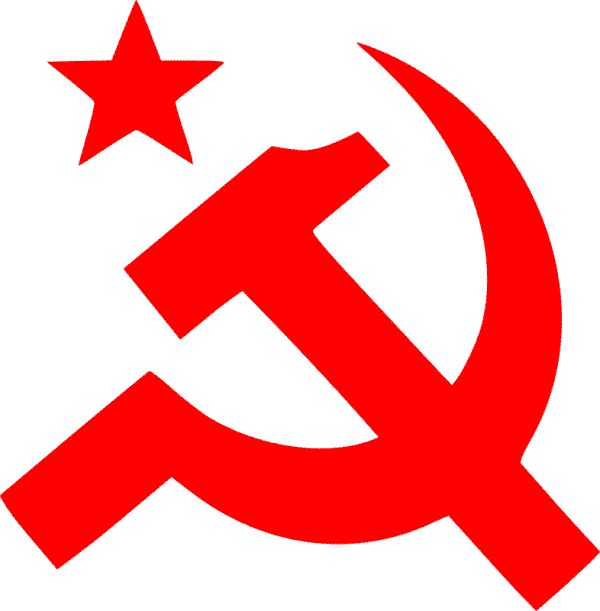 ” a monopoly over everything – power, knowledge, culture, religion. This is the real meaning of Communism. This requires the breakdown of nation, race, religion (God) and family (gender).  This is why Western nations are flooded by migrants. Why Communist and LGBT values are foisted on children. Why universities have been neutered. Why corporations and banks promote migration and homosexuality.  Why the foreign policy of the West is bent on destroying any resistance (Russia, Syria, Yemen, Iran, Korea.) The process of human reengineering has advanced to the point where society is an accomplice in its own destruction. This was all laid bare in 1938 by Illuminati insider Chaim Rakovsky when he was arrested by Stalin’s NKVD. His interrogation was leaked and published under the title “The Red Symphony.”  – Henry Makow – “What is Communism” (read Henry’s full article here…)

This plan is unfolding before our eyes under the more palatable name of “socialism.”

The Rebirth of Socialism

With the collapse of the Soviet Union and the end of the Cold War, people were saying that socialism had been “consigned to the dust bin of history.”  Free market capitalism and liberal democracy were so ascendant that people were talking about the “end of history,” in the sense that the wars and ideological conflicts that make up so much of history were over with.

The Union of Soviet Socialist Republics ceased to exist as of Christmas day, 1991.  But just 28 years later, socialism is back in vogue.  Among Democrats, 57% have a favorable impression of socialism, with a minority of 47% saying that about capitalism (the overlap liking both systems).  Two avowed socialists, Bernie Sanders and Alexandra Ocasio-Cortes, dominate the party.  Almost half of Millennials, 48%, identify themselves as socialists.

A big article in the latest New Yorker magazine, entitled Pinkos Have More Fun, chronicles the way socialism has become fashionable among the cool people.

. . .Among New York’s creative underclass — cash poor but culturally potent — it feels like everything but socialism is now irrelevant. “I’ve noticed that there’s a kind of baseline assumption in the room that everyone is a socialist,” says Brostoff. “And if they’re not, it’s because they’re an anarchist.” Coolheaded Obaman technocracy is out; strident left-wing moral clarity is in. And while this atmospheric shift is felt most acutely among the left-literary crowd, it’s also bled into the general discourse, such that Teen Vogue is constantly flacking against capitalism and one of the most devastating insults in certain corners of the internet is to call someone a neoliberal.

To be sure, most of the neo-socialists are unclear about the concept.   From the New York Post editorial Socialism’s millennial fans don’t even know what it is:

Today’s Democratic socialists don’t seem to embrace the classic definition of socialism as government control of the means of production — which has traditionally meant nationalizing whole industries.

These socialists insist they don’t support repressive states like the Soviet Union or North Korea. But Sanders and the rest refuse to say a critical word about Venezuela, which is on the brink of social and economic collapse due to socialism.

Instead, they point to Scandinavian-style socialism in nations like Denmark, Finland, Norway and Sweden as “true socialism.” One problem: Those countries aren’t socialist.

As Danish Prime Minister Lars-Lokke Rasmussen has said: “Denmark is far from a socialist planned economy. Denmark is a market economy.”

These “socialist” states have no mandated minimum wage or guaranteed jobs. Taxes are higher than US rates, but largely by making the middle and working classes pay big via the Value Added Tax — which hits consumption, not income or wealth.

True socialism, in fact, is reflected in Venezuela, Cuba and the Soviet Union. All are or were economic disasters and brutally repressive states.

And yet, at least some of the new socialists are the real thing.  The New Yorker article describes “red parties” and the “red dating” scene, but it also gives accounts of intense discussions of Marxist theory, of the sort that must have characterized the Communist cells of the 1930s.  “Socialist discourse,” we are told, is “in contrast to the pieties of the identity-politics left, the righteousness of the #resistance, or the smug wonkishness of Vox.”  This is real working-class Marxism, opposed to the alternative progressivism of identity politics that is competing for the soul of the Democratic party.

For a good sense of the new socialism, see the magazine Jacobin, named after the radicals of the French Revolution.  It is unabashedly Marxist, revolutionary, and critical of bourgeois liberals.  Interestingly, it supports Bernie Sanders for president while thinking his revolution, should he get elected, will also require some more direct action.

“Democratic Socialists” believe radical change can come from peaceful political action, like voting.  But the harder core Marxist socialists believe that radical change can only be implemented by violent revolution.  Can we expect Marxist terrorism, along the same lines as Islamist terrorism?  Let’s hope not, but it could happen.

So why has socialism come back?  Marxist socialism fell apart because of its economic failures and political oppression–as is happening today in Venezuela.  But socialism is coming back in the teeth of capitalism’s unparalleled success and prosperity.

Matthew Continetti, in his essay What to Do About the Rebirth of Socialism, sees some spiritual reasons for this.  Traditional religion and moral beliefs have faded.  What’s left in the West is an economic system stripped of its former human values.  Thus, that system seems unfulfilling at best and evil at worst.  And to fill the religious void, many people turn to secular ideologies to provide inspiring ideals.  Says Conteinetti, “Socialism is the attempt to derive from the political sphere the direction and purpose to human life that is the traditional province of morality and culture.”

Some socialists are saying essentially the same thing themselves, putting forth socialism as the alternative to religion.  See, for example, “The Spiritual Case for Socialism” in the New Republic.

Continetti raises the key question, without being able to supply an answer.  Quoting Irving Kristol, he writes,

“What can a liberal-capitalist society do about the decline of religious beliefs and traditional values — a decline organically rooted in liberal capitalism’s conception of this realm as an essentially ‘private affair’ neither needing nor meriting public sanction?” Here is the toughest question to answer. At the very least we must defend religious freedom, and promote religious and civic education, if we are ever to address the denuded moral and cultural system that has become the breeding ground of the socialist revival.