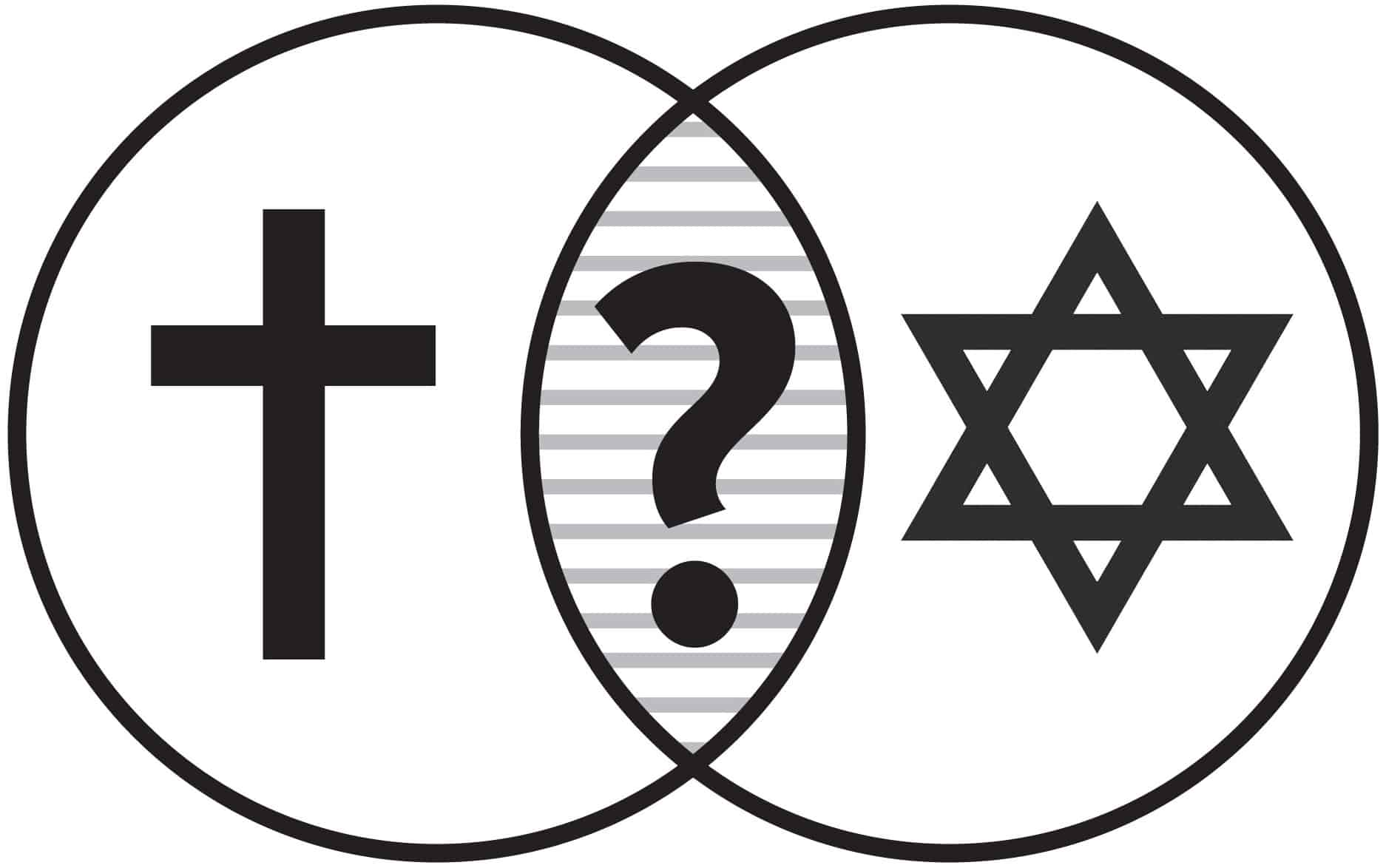 Pictured above: the cross of Christ and the satanic star of saturn. “What hath light to do with darkness?” (2 Cor 6:14)

From the Jewish Press: There’s No Such Thing as Judeo-Christian Values, here it is in their own words:

“Let’s be clear: Far from “sharing” one tradition, Orthodox Jews are prohibited from marrying Christians, setting foot inside a Christian church—and we can’t even drink from an open bottle of kosher wine that has been used by a Christian. We reject the Christian idea of salvation, we abhor Christian divine teachings on every subject, and we are repulsed and outraged by incessant attempts by Christian missionaries to bring us into their fold.

It is particularly disturbing when Klinghoffer makes statements which reveal his complete assumption of elements of New Testament Pauline ideology, for instance, the requirement that wives submit to their husband’s authority. There is no mandate on precisely how a woman should behave with her husband—Jews expect the happy couple to work it out for themselves. Also, while divorce may be a tragedy, and God cries, it is in no way banned—in Judaism, that is. The story in Christianity, and Klinghoffer’s “Judeo-Christian Biblical America,” is different.

Incidentally, we have more in common with Muslims than we do with Christians; Jewish law permits Jews to enter a mosque… but not a church….

Jews and Christians differ on every single fundamental principle—even on the meaning of core Scriptural texts. More crucially, Christians rely on the Old Testament for legal delineation; whereas Jews rely solely upon our rabbinic tradition. We never, ever turn to our Bible for legal guidance, only to our rabbinic literature. To suggest that our Sages had anything at all in common with the likes of Jerry Falwell, Jimmy Carter or Pat Robertson is a slap in the face of 2500 years of scholarship.”