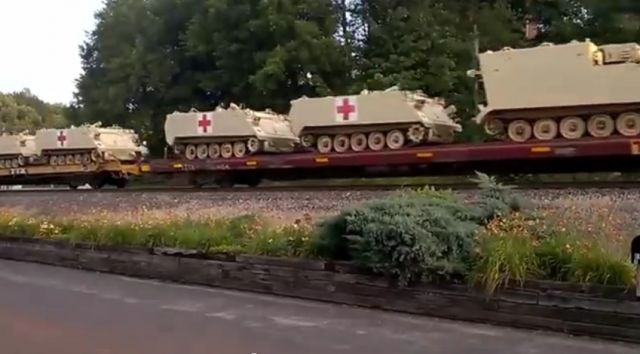 The 3 newly released videos below include a viral Facebook post, broken down by videographer strongtower0914, that shows a military convoy in between Kentucky and Tennessee. Are they preparing for martial law as Joshua A. Wilcox suggests in the video?

While Facebook trolls hit hard at once, attempting to debunk the significance of this 1st video, the other videos below, also published on YouTube within the last few days, tell the story of what’s really unfolding all across America as the last days of this monetary system near and World War 3 vs Russia/China emerges on the world stage.

Is such weaponry as seen below now being prepared to be used against the enemies of the luciferian New World Order? With the large number of medical vehicles seen, are they preparing for mass casualties or the medical needs of immigrants arriving in America? These videos, all released within days, clearly tell a story that facebook trolls and the mainstream media don’t want us to know about.

I was taking a walk downtown New Haven, MO and a CSX Train went by and it had all this Military Equipment on it. I thought it was neat so I took a short little video. 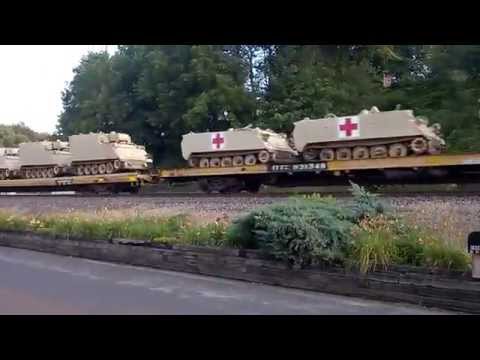 CSX 7903 leads a Military Train at Townline Rd. at S. Blackmar, located just south of Bridgeport, MI. As noticed in the video, at least one person is impatient to wait and runs the crossing seconds before the trains crosses. Please excuse my opinionated comment towards this driver! (Train begins at 1 minute 30 seconds) 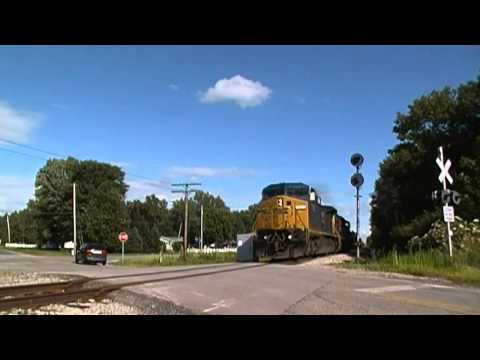 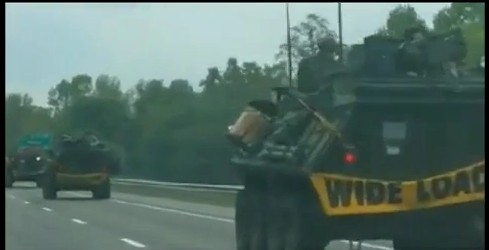