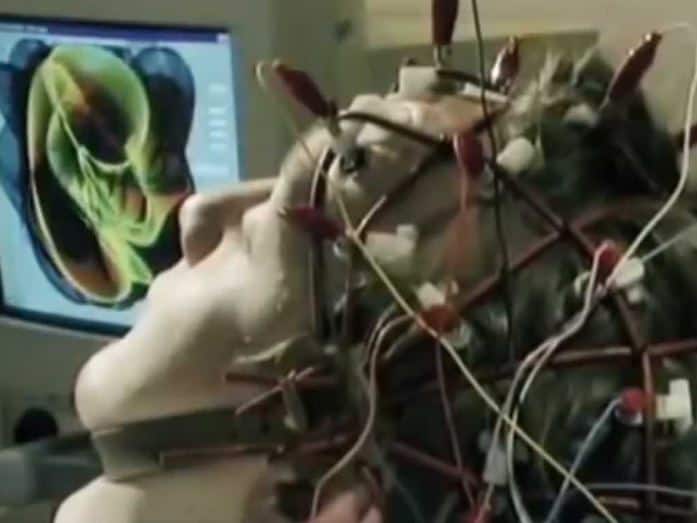 The Pope’s recent declaration that the church of Rome embraces evolution is only the tip of the iceberg. This is the Catholic Church, folks. The article below is all-out demonically inspired, possibly even channeled heresy. It’s time to wake up and realize that no matter how old fashioned we would like to remain, or how much we desire to cling to our understanding of ‘normal’, satan has other plans, and those plans are going to be crashing right smack into the middle of our comfortable worlds, regardless of our best wishes and hopes. While the article reads like a joke or something out of a sci-fi movie, this insanity is reality. And we should not be surprised. The Lord told us about these in prophecies which are only now, in light of events unfolding in our world, beginning to fully make sense.

“Men’s hearts failing them for fear, and for looking after those things which are coming on the earth..” (Luke 21:26 KJV).

“Why do the nations rage? Why do the people waste their time with futile plans? The kings of the earth prepare for battle; the rulers plot together against the Lord and against His Anointed One. â€˜Let us break their chains,’ they cry. â€˜And free ourselves from this slavery.’ But the one who rules in heaven laughs. The Lord scoffs at them” (Psalms 2:1-4, NLT).

The stated goals of the transhumanist movement are already in direct conflict with God Himself, and in a last-ditch effort to defeat God, the technological advancements of our time will provide mankind with unprecedented power.  Read more about this here and here. 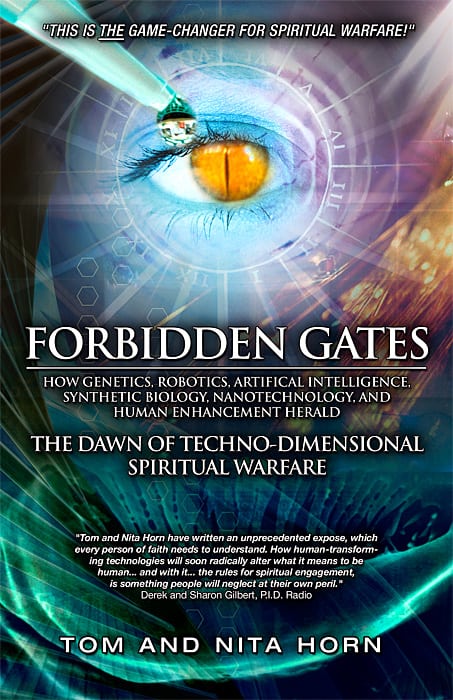 Why transhumanism will transform the church

In my last few columns I wrote about transhumanism and the implications of transhumanism for a posthuman world. While my emphasis was on devolution (a thinning out of human community) as a result of transhumanism, I want to affirm that technology is neither good nor bad. The value of technology is the value we give it to it. What do we want with our technologies and what are using them for?

Up to now, I have cast a shadow on technology and transhumanism. In this article I want to show a positive light to the trends of transhumanism. My reasons for doing so are several-fold, including the persistence of misogyny, realizing that our species is in evolution\ and knowing that God does new things.

Let me begin with the persistence of misogyny. In his provocative book The Religion of Technology, historian David Noble draws some very interesting connections between gender, religion and science. The creation of the Adam myth as imago Dei and the fall of Adam, he claims, are deeply rooted in both religion and science. He writes that gendered constructions have their roots “in the celibate, misogynist, and homosocial clerical culture of the Latin Church . . . and in today’s scientific milieu” (209). Noble sees a deep affinity between technology and masculinity in Western society. Misogyny, he states, runs as deep in the church as it does in halls of science.

Both religion and science, according to Noble, trace their primordial myths back to the fall of Adam. Adam was created before Eve and thus received the breadth of life directly from God. Adam is the true image of God, and Eve is a weak imitation. Noble affirms the well-worn myth that Eve is the reason Adam lost his divine likeness, along with his immortality, his share in divine knowledge and his divinely ordained dominion over nature. Because Eve was the problem, she could not be part of the solution. The restoration of perfection is a project for men only.

In the Middle Ages, technology was developed by monks and friars in the pursuit of restoring Adam to his divine likeness. They developed the mechanical arts with the intention of restoring the lost paradise. John Scotus Erigena believed that the mechanical arts (technology) could restore Adamic perfection. At the resurrection, he claimed, sex will be abolished and nature will be made one – only man – as if he had never sinned. Noble claims that technology has been a masculine endeavor down through the centuries aimed at the recovery of Adam, whose fall from perfection meant a loss of his divine likeness to God. This is not to say that women have not been inventors throughout the ages. There have been many women inventors, but their names have been largely forgotten.

It is interesting that a male, hierarchical church shares common ground with the male aims of science and technology. Could it be that science and religion are instilled with the same utopian ideal, the restoration of Adam to his divine perfection? Is it possible that each area is focused on the same goal and thus can respectfully keep one another at arm’s length? After all, what would be the point of the church embracing modern science and thus opening up to evolution and gender complementarity, if evolution points to an unknown future thus transcending the myth of Adam? Similarly, if science opened up to the values of religion what would motivate scientific and technological development beyond the myth of Adam? In other words, does the Adam myth constrain a new synthesis between science and religion?

To bring science and religion together into a new unity requires a new level of consciousness, a new type of person, one who is free of the Adam myth and its corresponding misogyny. This is where transhumanism can play a profound role. To guide my thoughts, I turn to the social philosopher Donna Haraway who, in 1990, wrote a cyborg manifesto in which she saw a way forward for gender equality through technology. A cyborg is a hybrid of biology and machine and can range from humans with pacemakers and prostheses to robo-humans. Haraway uses the hybridization of the cyborg as a symbol of overcoming the dualisms of Western thought, including patriarchy, colonialism, essentialism and naturalism. According to Haraway, the cyborg symbolizes a reconstruction of gender, moving away from Western patriarchal essentialism and toward “the utopian dream of the hope for a world without gender,” a world where gender is not defining of identity but transcended by lines of affinity. The cyborg is a creature in a post-gender world; it has no origin story such as original perfection, bliss, falleness and death and is free from the defining limits of nature. Cyborg imagery can suggest a way out of the maze of dualisms in which we have explained our bodies and our tools to ourselves. According to Haraway, cyborgs can now construct their own identity by choice and not fear.

The emergence of the cyborg, the machine-human hybrid, is the emergence of a new type of person. The extension of human personhood into technology, whether on the level of personal enhancement (such as a pacemaker or knee implant) or social networking, means the lines between the mechanical and biological are being increasingly erased. Whereas in the past the machine was an inert device radically distinct from the human and developed to aid human function, today machine and human form the hybrid cyborg, transcending the limits of biology, including gender.

The new merger between machine and human is changing the way we think about ourselves in relation to the other and thus changing the way we think about human gender and identity. With the emergence of cyborgs, the biological boundaries of gender are becoming less constraining. As humans extend their personal lives into technology, the brain is changing its wires of perception. Given a sufficient amount of time, the human community will not only look quite different but gender equality will become normative because the sharp biological limits will be transcended. The emergence of cybersapiens and a new consciousness of gender are giving rise to a new sense of personhood and community. I anticipate that the myth of Adam and the male pursuit of perfection will eventually be considered a lower level of human evolution, perhaps an earlier form of Homo sapiens.

Technology is changing the shape of what we are and, in a sense, who we are – and in time, it will change the shape of the church as well. God has set up a system in which the creatures who transcend humans in the chain of evolution are creatures we are designing and creating, so that their act of transcending us is at the same time our own act of transcending ourselves. Autopoiesis or the making of ourselves is written into the very substance of nature, as well as into the fundamental code of human nature and technology, and gives us a clue to the nature of reality and the nature of God. We are not biologically determined; nature has an inner dimension of freedom and transcendence.

Transhuman technology signifies that reality is a process constituted by a drive for transcendence. Nature, in a sense, is never satisfied with itself; it always presses to be more and for novelty. When we participate in this drive for new possibilities, we participate also in God. This is the dimension of holiness in technology. When we are immersed in the drive for transcendence, we share in the ultimate depths of reality we call God. The myth of Adam has created enormous divisions in science and religion and has stifled human evolution. Transhumanist technologies, symbolized by the cyborg, provide hope for a more unified world ahead – if we develop and create technologies with this aim in mind.

[Ilia Delio, OSF, a Sister of St. Francis of Washington, D.C., is Haub Director of Catholic Studies and Visiting Professor at Georgetown University. Her recent publications include From Teilhard to Omega: Cocreating an Unfinished Universe and The Unbearable Wholeness of Being: God, Evolution and the Power of Love.]