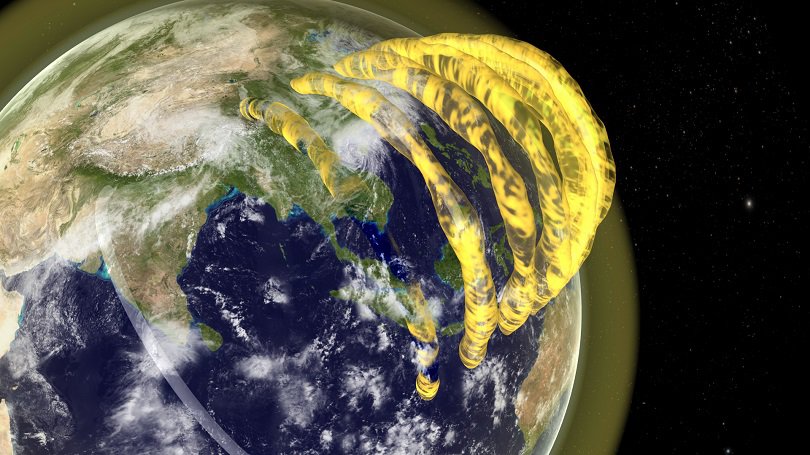 Astronomers have for the first time captured visual evidence of the existence of tubular plasma structures in the inner layers of the magnetosphere surrounding the Earth.

“For over 60 years, scientists believed these structures existed but by imaging them for the first time, we’ve provided visual evidence that they are really there,” Cleo Loi of the ARC Centre of Excellence for All-sky Astrophysics (CAASTRO) and the School of Physics at the University of Sydney said.

She is the lead author on this research, done as part of her award-winning undergraduate thesis and published in the journal Geophysical Research Letters.

“The discovery of the structures is important because they cause unwanted signal distortions that could, as one example, affect our civilian and military satellite-based navigation systems. So we need to understand them,” she said.

The plasma structures are explained in this clip: 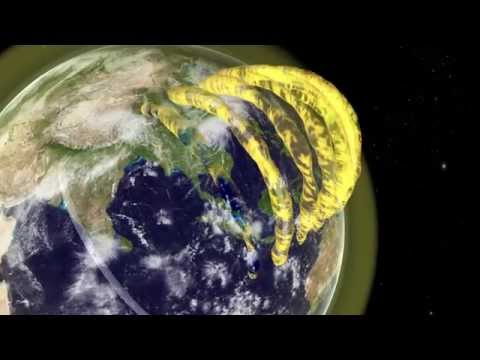 The region of space around the Earth occupied by its magnetic field, called the magnetosphere, is filled with plasma created by the atmosphere being ionised by sunlight.

The innermost layer of the magnetosphere is the ionosphere, and above that is the plasmasphere. They are embedded with a variety of strangely shaped plasma structures, including the tubes.

“We measured their position to be about 600km above the ground, in the upper ionosphere, and they appear to be continuing upwards into the plasmasphere. This is around where the neutral atmosphere ends, and we are transitioning to the plasma of outer space,” Loi said.

Using the Murchison Widefield Array (MWA), a radio telescope in the Western Australian desert, Loi found that she could map large patches of the sky and exploit the the array’s rapid snapshot capabilities to create a movie – effectively capturing the real-time movements of the plasma.

Loi has been awarded the 2015 Bok Prize of the Astronomical Society of Australia for her work.