The losses from WWII were much more far-reaching than what’s been emblazoned upon the minds of the public. Poles, Russians, Germans, Croatians, Chinese, countless millions lost their lives.

My grandfather was one of the German pastors who died, in his case of tuberculosis contracted in jail after being arrested for criticizing Hitler. 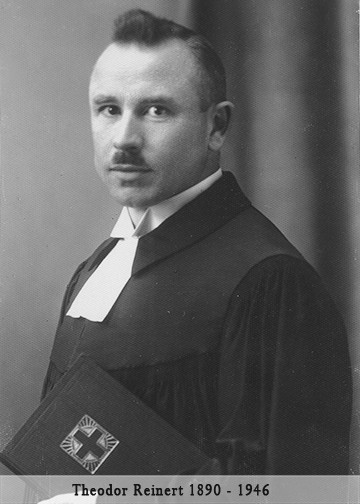 When my mother and I came to the US, I have a vivid memory of my mom (loudly) being called a “dirty German animal” by a neighbor. I was 6 years old, and I still remember the hurt and injustice I felt.

I remember children calling me “Nazi”. I would correct them and share my grandfather’s story.

Public opinion was that all German’s were “Nazi’s” who “hated Jews”, which we know today, of course, was not true. It was true that many German’s bought the propaganda and supported the Nazi’s, but it was also true that very many did not, and some dared to speak out.

“The vast majority of Christian pastors and churchmen turned against their freedom-loving brethren in the Confessing Church and helped Hitler’s henchmen and Stormtroopers to persecute, imprison, and even murder fellow followers of Christ. The historical record indicates that 95% of the pastors and churches of Germany supported Hitler and openly opposed Christian freedomists such as Martin Niemoller and Dietrich Bonhoeffer. Niemoller was tortured, imprisoned, and sent to concentration camps, while Hitler had Bonhoeffer murdered. “

My grandfather, along with many other pastors, spoke out.

My mother, the oldest of 4 children, was 12 when her father was arrested for the fourth time and died. Here’s her blog about her childhood memories from WWII Germany: Brachwitz I Remember.

Was the Polish Holocaust Also a Hoax?

Putting the Jewish holocaust in context

Six million Poles, or 22% the total population, were systematically murdered in WW2. Half were Jews; half were Christians. The Nazis waged a genocidal war against Poles and Russians, as well as Jews. Why do we never hear of this?

Adolf Hitler: ” The destruction of Poland is our primary task….Be merciless! Be brutal…proceed with maximum severity. The war is to be a war of annihilation.” (Lucas, The Forgotten Holocaust, p.4)

Hardly a week goes by without attempts by Internet die-hards to debunk the Jewish holocaust as a “holohoax.”
I understand the motivations of holocaust minimizers but they discredit themselves as unfeeling ignoramuses.

Three million non-Jewish Poles were killed by the Nazis. No one questions this. The Jews were below Poles in the scale of “untermenschen” (subhumans.) (Poles received about 650 calories per day in rations compared to 450 for Jews.)

Do the die-hards expect us to believe the Nazis would exterminate Poles and somehow spare Jews?

In a speech August 22,1939 at his Obersaltzberg HQ, Hitler said his aim is to “kill without pity or mercy all men, women and children of Polish descent or language. Only in this way can we obtain the living space we need…: (Gumkowski, “Poland Under Nazi Occupation” p.59)

In “Forgotten Survivors:  Polish Christians Remember the German Occupation” (2004), Richard Lukas writes:
“The Germans killed their Polish victims in a variety of ways–shooting, gassing, hanging, torture, hard labor, lethal injections, beatings and starvation. The first victims of the gas chambers at Auschwitz were Poles and Russian POWs. The Nazi determination to obliterate the Polish intelligentsia resulted in wiping out 45% of Polish physicians and dentists, 40% of professors, 57% of attorneys, 30% of technicians, and a majority of leading journalists…” (p.9)

From the first days of occupation, the Nazis began a merciless and systematic campaign for the biological destruction of the Poles. Polish POW’s were slaughtered; statues and cultural sites razed and 200,000 Polish children with Aryan characteristics sent to Germany for “Germanization.” 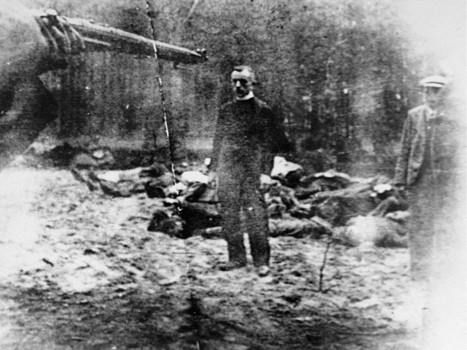 There was a general attack on Polish culture. Schools were shut down; use of the Polish language was banned, and in some places as many as half the clergy were murdered. (Lukas, 13)

The Jewish holocaust took place in the context of “Generalplan Ost” (“General Plan, East”) the planned genocide of over 50 million Slavs, 75 % of the population of Nazi-occupied Poland, Ukraine and Russia. The Nazis intended to “Germanize” a few of the remaining 25%, and keep the rest as agricultural serfs who wouldn’t even learn to read.

I deplore the persecution of people who question the details of the Jewish holocaust.  Nothing casts more doubt than attempts to control free inquiry and speech. In my view, the die-hard’s real objection is to the Zionist exploitation of the holocaust for political gain, i.e. the immunity from criticism and prestige it gives them.

They could neutralize its propaganda value by drawing attention to the pattern of Nazi-elite Jew collaboration (Judenrat, Jewish police, Zionist) and by talking about the Jewish role in Stalinist mass-murder. (See Below: “Stalin’s Jews.”)  Essentially the Nazis and Communists were two branches of the same satanic cult that controls the world today. They were both conceived for the purpose of advancing the bankers’ “New World Order” through war. Zionism is another branch.

The treatment of Jews in Nazi-occupied Europe depended on the changing Nazi relationship to host nations and allies. For example, the 5,000 Danish Jews were mostly unscathed because the Nazis wanted good relations with the Nordic Danes, and access to their farm produce. Unlike the Poles, the Danes were very protective of their Jews.

Nazi persecution was held in check as long as Hitler desired peace with England, or good relations with Russia. However the invasion of Russia June 22, 1941 signalled the beginning of a genocidal death-struggle. In this war zone, Slavs and Jews who were unfit for slave labor, (i.e. 70-90% of the total) were marked for extermination.

In the Nazi mind, all Jews represented the Bolshevik peril. “German National Socialism and Jewish Bolshevism could not coexist,” German soldiers were told. “This is a war of extinction.”  There is simply no way Jews could escape the fate of Russians in general. By July 1942 the first extermination camps Belzec, Sobibor and Treblinka were opened.

During the winter of 1940-41, there were food shortages and public grumbling in Germany. The Nazis realized the food was the key to public support. According to historians Deborah Dwork and Jan van Pelt, the Nazis calculated that “tens of millions of Russians would have to die in order to safeguard German meat rations. German food would not go east to the invading army; rather [2.5 million] German soldiers would be fed at the expense of the local population.” (“Holocaust: A History” p 265.)

The Nazis “looked to the east to become the breadbasket of New Europe…a true granary [characterized by] low density of settlement…prosperous farms and attractive small towns.” They envisaged “the deportation of 41 to 51 million people which included 80-85% of all Poles…It was tacitly understood that they would be killed.” (266)

Goring remarked to Italian Foreign Minister Ciano in Dec. 1941: “This year between 20 and 30 million persons will die in Russia of hunger. Perhaps it is well that it should be so, for certain nations must be decimated.” (190)

At the same time, the Allies subjected the German civilian population to a murderous bombing campaign. In July 1943 in a Hamburg fire storm, 50,000 people died in “Operation Gomorrah.” 800,000 fled the city in the aftermath.

World War Two was a time of unparalleled savagery and ethnic cleansing. I will not attempt a complete inventory here. The Romanians used the cover of war to kill 250,000 Jews at their own initiative. The Croats murdered 350,000 Serbs. The German army lost 4 million men killed and 4 million wounded. The Soviet army lost over 9 million dead and 18 million wounded. Civilian losses were 1.8 million in Germany and 11.5 million in Russia. China lost 20 million civilians.

The real holocaust was the war itself. The Jewish holocaust should be seen in this context. The injustice is focusing on the Jewish experience, which is racism in the name of anti-racism. It implies that only Jewish lives matter. Of course, this is part of a deliberate Jewish supremacist agenda.

The challenge is to mourn the Second World War as a collective tragedy for humanity and to recognize that it was perpetrated by the Judeo Masonic central banking cartel which controls the world. It wanted to destroy the enemies of “Jewish bankers,” discredit concepts of race and nationalism, trauma-brainwash Jews to establish Israel, defeat the German people once and for all, expand Communism to Eastern Europe, brutalize and demoralize mankind and turn a profit, all at once.

The Allies could have prevented the German rape of Poland had they attacked Germany right away from the West. Germany had only 25 Divisions in the West compared to 110 French and English Divisions. But the goal always was to prolong the war and sacrifice Poland as a pawn in order to trap and destroy Germany in a two-front war.

As you can see, ordinary people cannot afford to embrace causes without first discovering the hidden agendas or consequences. Obviously we need to stop arguing about how many Jews died 75 years ago and focus on preventing World War Three and the NWO.

Major Robert H. Williams reported in his “Williams Intelligence Summary” for February 1950 about James P. Warburg’s part in the plot against Christendom. He said: “Last November, the widow of the late General Ludendorff, on trial at Nuremberg, explained why her husband broke with Hitler, confirmed the reports in convincing detail.

She stated that, ‘…as early as the summer of 1929 James P. Warburg had undertaken an assignment from financial circles in America, which desired to exercise solitary influence on Germany in the unleashing of a national revolution. Warburg’s task was to find the suitable man in Germany, and he entered into contract with Adolph Hitler who subsequently received sums of money amounting to 27 million dollars up to January 30, 1932, and still another seven million thereafter, enabling him to finance his movement.'”