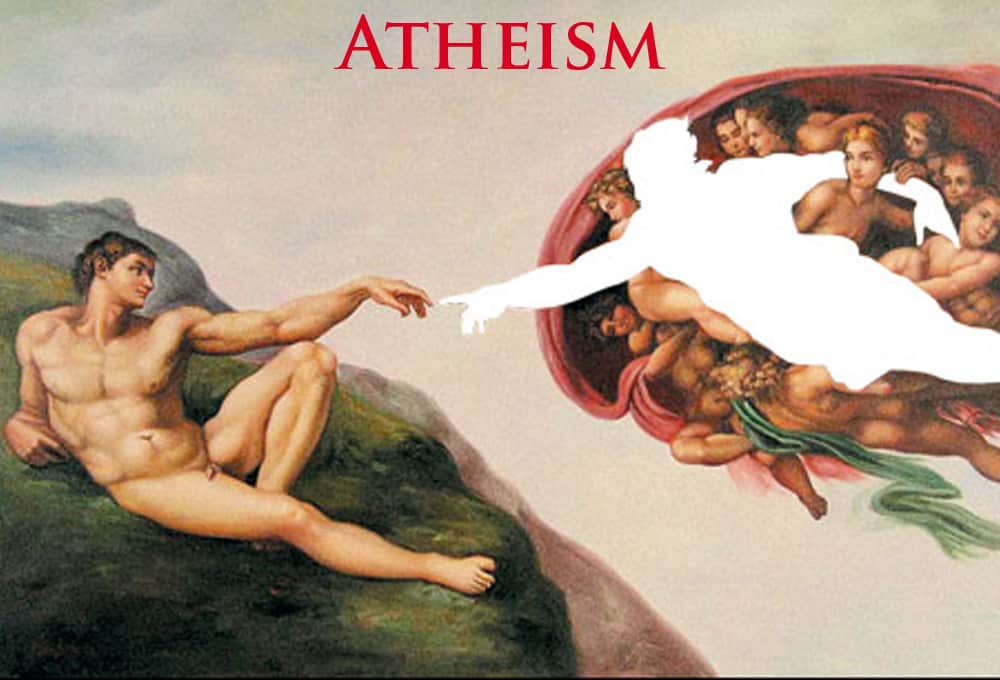 This is one of the many reasons why the “intellectual price tag” of Atheism is too high for Theists: Nothingness is counted as something.

The amazing thing is, it’s not even mentioned that philosophically this is an incoherent idea, since it violates the law of non-contradiction (A cannot be A and -A in the same way or at the same time)

Sadly, although many of these atheistic thinkers and scientists, such as Lawrence Kraus, see themselves as supremely logical and pursue science on the basis of logical inference, they themselves make rudimentary errors of the first magnitude.

Philosophically, atheism is intellectually nonsensical, logically contradictory, and mentally incoherent. For these reasons, and many others, I don’t have enough blind faith to be an Atheist. 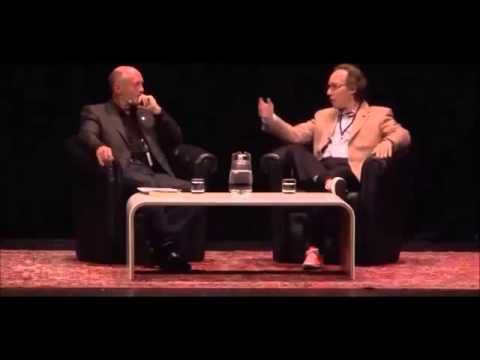 Is Atheism “the lack of belief in a god” as many contemporary atheists, such as the late Christopher Hitchens, would have you think?

Or is it a POSITIVE CLAIM TO KNOWLEDGE that needs justification to be accepted and believed? If the claim of Atheism is a that the idea “God exists” expresses a false proposition, then it is a truth claim that must be defended rationally.

Sadly, most atheists aren’t even aware of this, and like Christopher Hitchens, simply attempt to dodge the question rather than giving positive arguments and proof for Atheism.

Remember: “The Absence of Evidence, is not itself Evidence of Absence.” One only need to reflect upon scientific investigations, and criminal detective work to see this. In addition, there is not an “absence of evidence” with Theism, as there are great and robust intellectual demonstrations of God’s existence: 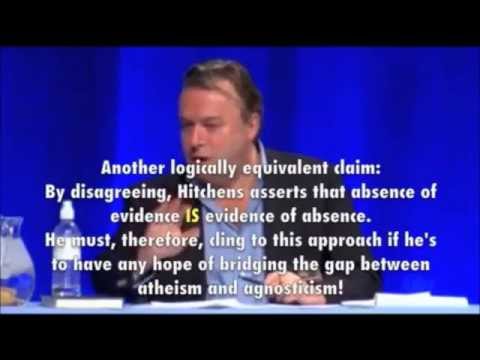 Despite all of this, fake atheists have been redefining the term “atheism” to mean a lack of belief in god. William Lane Craig and Christopher Hitchens debate the meaning of atheism. Playlist: http://www.youtube.com/playlist?list=…

More on the real definition of atheism:

Charles Darwin to John Fordyce: “I have never been an Atheist in the sense of denying the existence of God.”

Webster’s New World Dictionary of the American Language defines atheism as “the belief that there is no God, or denial that God or gods exist” (p. 87).

Collier’s Encyclopedia: “Those who explicitly deny the existence of God, by virtue of some metaphysics whose key ideas positively excludes him” (Vol. I, P. 141).

Encyclopedia of Philosophy (Paul Edwards, ed.): “According to the most usual definition, an atheist is a person who maintains that there is no God, that is, that the sentence ;God exists’ expresses a false proposition…” (Vol. I, p. 175).

Jennifer Fulwiler and John Lennox show how in a atheistic materialist worldview, love and reason is nothing more than the product of blind and mindless chemical reactions in the brain. Atheist Richard Dawkins admits that we’re nothing more than chunks of matter.

Atheists (in an effort to refute the second premise of the Kalam Cosmological Argument)think the universe had no beginning, because: (1) literally everything physical in the universe is nothing more than just rearranged matter and particles because of the first law of thermodynamics (the law of conservation of matter and energy), (2) they think these matter/particles had an infinite regress of existence, so a particle of your eye-lash is over a zillion years old (well, actually, they think it’s eternally-years old). William Lane Craig answers this embarrassingly bad refutation.

This astonishing piece of video shows atheist Richard Dawkins describing Francis Crick’s and James Watson’s discovery of the DNA as “information technology”, “looks like computer information”, “computer tape”, “digital code”, “in sequence”, “a computer programmer copy[ing] and past[ing]”, etc. However, he will NEVER say how well designed it is, despite this description he just gave! After all, he thinks the definition of biology is “the study of complicated things that give the appearance of having been designed for a purpose”. Speaking of Crick, Behe said, “I like to tell the story of Francis Crick, who of course is the Nobel Prize winner and co-discoverer of the double-helical shape of DNA. Crick has written several times that problems with an undirected origin of life on earth are so great that we should consider the idea that space aliens sent a rocket ship to the earth to seed it with spores to begin life. Well, that’s an unusual idea, but you can see that Crick’s idea fits with intelligent design theory also; he’s invoking an outside cause to get life started. If Francis Crick claimed intelligent aliens not only seeded life but actually designed life that is on the earth, I could not point at a biochemical system and argue against him. I might think it was a little far-fetched, but I would have to go to philosophical or theological or historical arguments to rebut that. So, yes, I think non- theists could come to a conclusion of intelligent design, but realistically I think it will be psychologically difficult for them.”

There are a growing number of atheists who think that science refutes the laws of logic (we’re talking logical rules, like the law of identity, law of excluded middle, law of non-contradiction, etc.). This is no joke! These same atheists tend to forget that science cannot work without the laws of logic! You can’t even reason without logic. Unfortunately, atheists like Lawrence Krauss, Stephen Hawking and Kari Enqvist are encouraging their mindless followers to adopt this destructive lifestyle.