A common response people have when they’re first told that the globe and outer space are not real. (And, OK, that’s initially a pretty tough thing to take seriously, right?) But, once we’re actually considering some of the evidence… (and it is compelling)… Once we’re at the point where we’re objectively saying:

“OK! So you’re saying the earth is a stationary plane and the globe model is a massive deception that’s been sold to the entire world. You’re telling me the sun and outer space are near to us and not trillions of light years away. OK, I’ll bite. Show me some evidence!”

Once we’re actually bold enough to start considering  the possibility of all this, the next logical question is; “Why?” “Why would anyone go to such incredibly great lengths to lie about that? What would anyone stand to gain from saying that the earth is a globe, if it isn’t?” 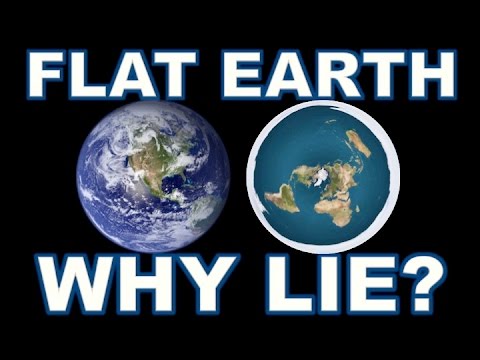