I have been covering the Occult and NASA for sometime and have written several posts that address this topic.  This story is fascinating because it exposes the occult connection that exists between all space agencies around the globe.  So the global elite that run these agencies are all formulating Insignias or logos that express a hidden agenda that is only known by the elite.  Within the design of logos, talismans, or seals, the occult has expressed a magical desire upon the mission that each Space logo represents.  The general category of magic which is referenced that pertains to talisman or symbolic magic is called Sigil Magic.  What is interesting is that all these “Rocket Scientists” are participating in the use of occult technology.  So it is erroneous to believe these agencies or scientists that state the scientific method as the only modality being used by these agencies. 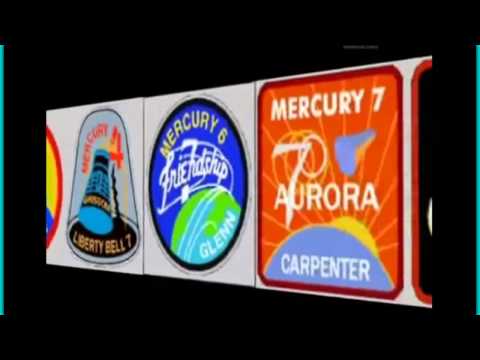 Coming from a Christian background, I have always heard the mindless misapplied repetition of the term“separation of church and state” in all public ventures.  Of course any surface level examination of the founding documents of America will show that many of the founders firmly stood on Biblical standards in public policy.  What this post clearly shows is the double standard used by the elite and occult members of society to influence and impose their belief system upon everyone else’s without and consequences for violating fellow citizens rights not to participate in occult rituals.

I think it would be fascinating to have an accurate history of technology development rather than the fabricated history that we are taught in our public antichrist indoctrination centers called schools.  It seems that all the worlds governments are engaged in a mad dash to reverse engineer fallen angel technology.  Many have speculated that “WIFI” was developed from reversed engineered technology that was provided during alien or fallen angel participation with the Satanic elements that run our governments.

Richard Hoagland On Hagmann and Hagmann 4/26/14

Richard Hoagland believes that a major moment in Alien disclosure is at hand and he discusses how the The Chinese Government has allowed the publication of moon images by their Lunar Jade Rabbit thus exposing the hidden secrets known by all space agencies that the moon and mars are littered by ruins of an alien race.  Of course Hoagland has been closely involved for the past thirty years with dealing with NASA and astronauts.  He believes that the release of the photos are a positive direction in disclosure and shows that there are factions trying to force the issue within different governments.  I of course do not see things Hoaglands way regarding a positive direction with alien disclosure.  I firmly believe that it is the end times deception to explain the rapture of the church.  This is the problem we face when discussing similar views as it relates to The New World Order and the management of the world’s population through lies.  Christians know that the Satanists running the world will be led down the path of destruction.  Biblical scripture even discusses that if it were not for Jesus Christ returning, no humanity would survive.  So even though it is interesting to discuss these topics you need to have discernment when those invested in this research deviate from Biblical knowledge or belief.