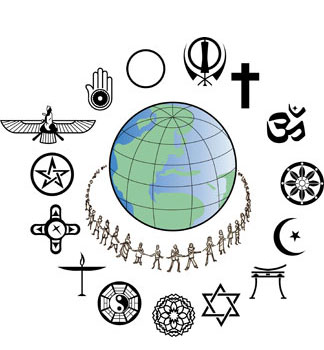 This weekend retreat evokes deep emotion in many people who have attended. I’m putting forth information about the weekends from which the reader can draw their own conclusions. I strongly encourage Christians to become informed and very discerning about anything new that arises in these deceptive days. Only the Word of God “…is a discerner of the thoughts and intents of the heart.” Heb 4:12.

1 John 4:1 “Beloved, believe not every spirit, but try the spirits whether they are of God: because many false prophets are gone out into the world.”

Tres Dias is a “Cursillo” movement.
What is Cursillo*?

Since its inception in Roman Catholic Spain in the 1940s, the Cursillo movement has been a steadily-growing phenomenon and has spread into many Protestant churches worldwide under various names. The weekend initiation is often a deeply-felt experience that boasts of many conversions and recommitments. Yet in this comprehensive analysis of Cursillo the author finds theological concerns, questions about the propriety of the methods, and complications such as disaffection from the local church, transfer of loyalty to the Cursillo community, and a significant drop-out rate, raising implications for similar, spiritual movements. Interviews with former Cursillo participants confirmed many of these conclusions but also raised a challenge to the church: many Cursillo participants do not perceive vital faith in their local church. The author suggests that the Cursillo attempts to imitate the work of the church in an extraordinary form and that this might initiate some of the unhelpful results. The church would be better served by seeking to revitalize its ordinary ministries of Word and sacrament, prayer, community, and Sabbath observance.

Here are some questions you should be asking about this secretive movement:

1.  Who started this movement?

2.  Why was it started, and what was its original intent?

3.  Why do its participants tend to become less attached to their local church?

4.  Why do the effects wear off so quickly?

5.  Why have some participants been institutionalized after attending?

6.  Why don’t they give you a schedule or tell you what’s going to happen to you?

7.  Why does a Christian group use methods regularly used by destructive cults?

9.  Why do they so desperately want you (and your children) to attend?

10.  Why do participants tend to exclude those who have not attended?

11.  Why are some participants only happy if they repeatedly attend more weekends?

12.  Why does the Bible categorically forbid the use of such methods?

A Critique of the Cursillo and Related Movements

Some Criticisms of the Tres Dias (Cursillo) Weekends:

The Tres Dias weekend retreats “is no longer on the gospel or evangelism, rather the experience they’ve had”

A number of churches have reported. “It’s almost like the weekend retreat has become the focus of their spiritual lives.”
After doing some reading about the Tres Dias and similar Cursillo-based weekends, the greatest concern that I personally have about these weekends, is the psychological/physiological techniques which are employed to bring about a cathartic (ecstatic, joyful, pleasurable) experience, which is then attributed to a movement of the Holy Spirit. Alarmingly, these same methods are regularly being used by cults and training seminars wordwide. I want to make very clear that I am not saying that Cursillo/Tres Dias/etc… is a cult! I am saying, however that it does use very specific psychological/physiological methods of manipulation which non-christian organizations also used to create emotional changes in the participant , preparing him or her for the desired effect(catharsis).

Psychological methods:
Anticipation
Emotional (Washing)
“Love Bombing”
Peer Pressure and a Desire for Acceptance and Belonging
Fear of Missing the High
The Appearance of the Miraculous / mysterious
The Unburdening and Regression to Childhood

*A full description of these techniques and much much more can be found in the excellent book by Brian Janssen (Presbyterian Pastor, Doctorate Degree in Theology, and Former Cursillo Weekend Leader) “Cursillo: Little Courses in Catharsis”

These method are combined to produce a momentum and tension, which, when peaked, will create a cathartic release. Not every aspect of these techniques is manipulative or evil, of course. To quote Brian Janssen from his book,

“The problem arises when the techniques are combined to skillfully manipulate a person into a psycho-physiological, emotional response which is reinterpreted as a spiritual experience. The simple fact is that unscrupulous, cultic groups are doing so. Why should Christian groups be using the same techniques? [ … ] Does God need to use Mind Control? Do the ends truly justify the means?  I had to ask myself whether the means determine the ends.  The leaders of weekend religious experiences should be asking the same questions.”

What is Ecumenism and
what is wrong with Ecumenical Ventures?

Walter A. Elwell, in The Concise Evangelical Dictionary of Theology, defines ecumenism as “The organized attempt to bring about the cooperation and unity among Christians.”

On an international level, the World Council of Churches represents ecumenism when it states its purpose this way (as taken from its website: www.wcc-coe.org): “The World Council of Churches is a fellowship of churches which confess the Lord Jesus Christ as God and Savior according to the scriptures, and therefore seek to fulfill together their common calling to the glory of the one God, Father, Son and Holy Spirit. It is a community of churches on the way to visible unity in one faith and one eucharistic fellowship, expressed in worship and in common life in Christ. It seeks to advance towards this unity, as Jesus prayed for his followers, ‘so that the world may believe’ (John 17:21).” On a national level, a document called Evangelicals and Catholics Together: The Christian Mission in the Third Millennium, published in 1994 and endorsed by some rather prominent representatives of Evangelical Christianity and Roman Catholicism, is another example of ecumenism.

The important question is this: Are ecumenical ventures right and biblical? Should we be involved with other “Christians” in joint ventures, either locally, nationally or internationally? The answer to this question is not black and white. As is almost always the case, one must weigh out the answer in each situation specifically. However, there are a couple of biblical guidelines which will help us make God-honoring decisions regarding ecumenism.

First of all, Are those we are joining with truly Christians in the biblical sense of the word? Many people and organizations in America and the world “name the Name of Jesus Christ” and even state He is Lord and Savior and yet clearly reject what the Bible says about Him. Obvious examples of this are Mormons and Jehovah’s Witnesses. They will say they are followers of Jesus Christ and are Christian and yet deny with vehemence what the Bible declares concerning Christ’s nature and work. A not-so-obvious example comes in the form of liberal Christianity. Liberal Christianity is found in almost every denomination in the United States and, although it may seem very Christian, usually liberal Christians reject several essential biblical truths such as the inspiration and authority of the Bible (2 Timothy 3:16), Jesus as the only Savior of the entire world (John 14:6,1 Timothy 2:5), and salvation as God’s free gift to those who believe apart from good works (Romans 3:24,28;Galatians 2:16;Ephesians 2:8-9).

As seen with the publication of Evangelicals and Catholics Together, there is a major emphasis in our day on ecumenical unity among Evangelicals and Roman Catholics. Those who promote such unity state that both are Christian and both are viable, God-honoring systems of faith. But clearly the substantial differences between the two groups render ECT a ridiculous document. Biblical Christianity and Roman Catholicism are two different religions that practice and believe different things about:

The list of irreconcilable differences between what the Bible says and what the Roman Catholic Church says makes any joint mission between the two absolutely impossible. Those who deny this are not being true to what they say they believe, no matter which side they are on. Any Catholic who is serious about his faith will deny what a serious evangelical Christian believes and vice-versa.

The difficulty with ecumenism is that often the above listed groups are passionately like-minded with biblical Christians regarding a given issue. Biblical Christians are usually marked by a strong pro-life belief, a strong traditional view of the family, a strong emphasis on compassion for the homeless and sick, and a strong desire to see justice in the world. The above groups are often marked by the same desires. Thus, the temptation to “pool resources” in pursuit of a common cause is sometimes great. This leads to the next guideline.

Second, what is the ultimate goal of this Ecumenical Venture? The Scriptures give clear guidance as to how Bible-believing Christians are to live their lives.

In summary, all that we do is to bring glory and honor to God. Regarding the lost of this world, Christians bring glory to God when God uses the believer to further His kingdom through evangelism and discipleship. This is to be the motivation of the Bible-believing Christian’s interaction with the world.

Regarding ecumenical ventures, we need to ask ourselves whether or not these goals are being pursued. Often, in our day, the political and/or social desires of the participants are the driving motivators behind an ecumenical venture. A prime example of this is the current drive to pass a constitutional amendment declaring that the only marriage that will be recognized in the United States is the traditional, man/woman union. If our churches ecumenically join together in pursuit of this goal (passing out fliers, hosting a rally, etc), how are we striving for the above stated biblical purposes? Are we not simply striving for political and social achievement? How will the practicing, unbelieving homosexual view our Savior and Lord if all he sees in us is political activism and no compassion and no outreach? The ultimate goal of our actions should be the salvation of lost sinners, which we once were (Ephesians 2:1-3). The Bible tells us that the angels of heaven rejoice over one sinner who repents (Luke 15:10). There is no passage that declares that the angels rejoice when a law is passed. This applies to homosexuality, abortion, drug-abuse, etc. God is glorified when we demonstrate Christlikeness to the lost. As we contemplate ecumenical ventures within our society, we need to make sure the venture is one in which God’s kingdom is expanded through pursuing the lost with the gospel, be they practicing immorality, abortion-rights activists, homeless, drug-abusers, criminals, etc.

In conclusion, should we be involved in ecumenical cooperation with other Christians and churches? If the above conditions are met in a God-honoring way, we may freely and joyfully join with other believers in pursuit of God’s kingdom. The ultimate goal is God’s glory and the evangelism and discipleship of the lost. The ecumenical venture must be structured in this way. Thus, those we join with must believe the biblical definition of the gospel and they must also be about seeking the same goal of God’s glory and the salvation of the lost.

Many Ecumenical Ventures now seem to be morphing into Interfaith Ventures. Such ventures are extending the right hand of fellowship to Catholics, Jewish people, Mormons, Muslims, etc.

Many mainstream Christian organizations are involved in Interfaith Ventures with Hindus, Buddhists, etc. And… with Unitarian Universalists (which would include among others New Agers and Wiccans.)

Ecumenism and the Interfaith Movement are leading
toward the One World Religion Prophesied in Scripture.

Here is a link to many more articles documenting that “Evangelism by Ecumenism” has been a dismal failure:

(above excerpts are from the article: http://davemosher.wordpress.com/tag/one-world-religion/) 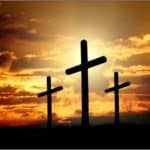 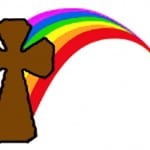 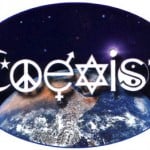 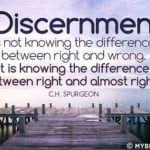 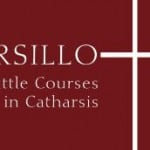 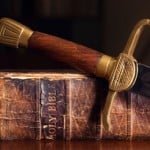 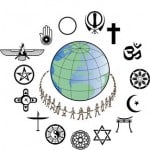