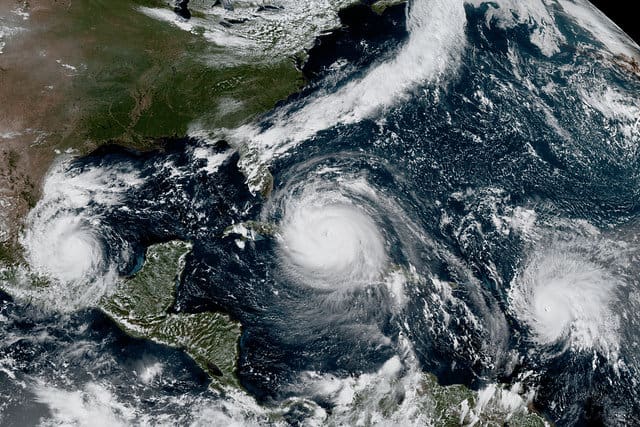 In this comprehensive article, Suzanne Maher examines the recent super storms, evidences of the technology to control and steer the weather, as well as possible agendas. Not intending to create fear, but rather to bring awareness so that we are prepared as well as supportive of one another in this troubling time. This is a spiritual battle and we know we can only face it with God’s strength. Eph 6:12-13

In the past few months we have had flooding in Nepal, Bangladesh and India; more than 1,400 people died in the floods, which swept the region over a period of two months.  Millions of people have lost their main source of income, whether it be from destroyed crops and dead livestock, damage suffered to local businesses, or because they are displaced. The squalid conditions created after two major rivers broke their banks in northern Bangladesh, have left around 13,000 people suffering from an outbreak of diarrhea and other conditions.

There have been ongoing forest fires in California, Oregon, Washington, Idaho, and Montana, as well as British Columbia, Alberta, and Saskatchewan in Canada.  Hurricanes Harvey, Irma, Jose and Katia, and an 8.1 earthquake in southern Mexico, killing 61 people.

As many know already, and perhaps more are waking up to the fact, our weather is manipulated and controlled by powerful elites with a vested interest in destroying countries for profit and control.  When you have complete domain over Mother Nature, all nations are at the whim of the oppressors pulling the strings.  Our atmosphere is laden with conductive metals and beamed with electro magnetic frequencies through what author/researcher Elana Freeland calls the “chemtrail pump and dump”. This technology ionizes our atmosphere and keeps it “battery ready” for the military’s ongoing war games.

What we are now seeing is weather warfare at its finest and most destructive; Hurricane Harvey in Houston, Texas, the fourth largest city in the United States having battled what many are saying is the “800 year flood event”.  Why was this storm stalled and stationary in one place, instead of blowing through in a few days as hurricanes generally do?  Two high pressures zones captured the hurricane and trapped Harvey between two bollards for a whole week.

The Brazos River which is used to mark the boundary between east and west Texas surged 30 feet. 39 people have died and more than 32,000 people have taken refuge in emergency shelters.  450,000 will require federal aid to rebuild and recover.  1.3 meters of rain – a year’s worth of rain deluged Texas in a week, the biggest downpour in American History. This catastrophe has induced food and water shortages, fires and the enormous jump at the gas pumps.

The “disaster capitalists” as Naomi Klein coined them in her book Shock Doctrine, are in line to a make billions from this disaster.  They would be the disaster reinsurance companies, the bankers, the property developers, the drought and flood resistance crop producers, pharmaceutical industries, private health care companies and most prominently those enacting the depopulation programs.  These disasters leave a population vulnerable, traumatized, displaced, economically destitute and many ill.

On August 24, 2017 meeting of the Weather Advisory Modification Committee held a meeting to discuss their ongoing cloud seeding projects in Texas (thank you to Jim Lee of https://climateviewer.com/ for this video).  This meeting was held two days before Harvey made landfall. The documents from this meeting show there were 6 flares used in two clouds in Pecos/Reeves County, approximately 557 miles from Houston.  The clouds in Texas continued to be seeded even with an oncoming Hurricane.

Why is this type of forum not open to public debate, we did not consent to this modification.  Should we allow our weather systems to controlled and manipulated at the whim of the profiteers who have the hubris to think they can control Mother Nature, even with deadly oncoming hurricanes in their wake? 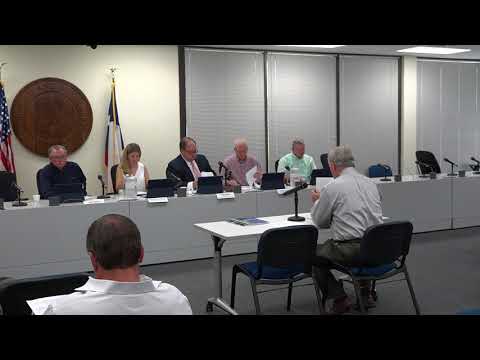 The economic and social fabric of this nation has been ruptured.  Texas has a long history of being a fiercely independent nation refusing to be under the yoke of the United Nation. They have also spoken of seceding from the Federal Government.  They are  Anti Agenda 21/2030, Anti LGBT, a gun loving state, and in a big poke in the eye to the cabalist controllers, demanded their gold back from their Federal Reserve. This is not a state that “goes along to get along”.

The recent Hurricane Harvey seems to be the pretext to create martial law to strip away more of rights and freedoms and impose the New World Order.  FEMA has indicated they will be in Texas for years.

Barack Obama signed an Executive Order in 2015 “establishing a federal flood risk management standard ” in new public infrastructure.  This new standard was designed to protect against more frequent floods due to climate change, as well as a seal level rise of anywhere between eight inches and six feet by 2100.

Donald Trump revoked the Obama order just over two weeks ago – this was 10 days before Hurricane Harvey erupted from the skies.

Many feel these are weather wars to imprison the population and implement their Agenda 21/2030.  This plan brings new meaning to the word “green”.  It is a transition from government to governance by unelected boards and commissions, the erasure of jurisdictional boundaries and the loss of private property rights. Loss of sovereignty and freedom for all of us. Rosa Koire author of “Behind the Green Mask” states “it’s the biggest public relation scam in the world”.  A bloodless coup d’etat; the management, manipulation, inventory and control of everything on the planet.

Weather manipulation of Hurricanes is a technology that has been around a long time.  Two examples are:


Project Cirrus was the first attempt to modify a hurricane. It was a collaboration of the General Electric Corporation, United States Weather Bureau, the US Army Signal Corps, the Office of Naval Research, and the US Air Force. After several preparations, and initial skepticism by government scientists, the first attempt to modify a hurricane began on October 3, 1947 on a hurricane that was heading west to east and out to sea.

An airplane flew along the rainbands of the hurricane, and dropped nearly 80 pounds of crushed dry ice into the clouds.  The crew reported “Pronounced modification of the cloud deck seeded”.  It is not known if that was due to the seeding.  Next, the hurricane changed direction and made landfall near Savannah, Georgia.  The public blamed the seeding, and Irving Langmuir claimed that the reversal had been caused by human intervention.  Cirrus was cancelled.  Lawsuits were threatened.  Only the fact that a system in the 1906 season had taken a similar path, as well as evidence that the storm had already begun to turn when seeding began, ended the litigation.  This disaster set back the cause of seeding hurricanes for eleven years.

Project Stormfury  was an attempt to weaken tropical cyclones by flying aircraft into them and seeding with silver iodide . The project was run by the United States Government from 1962 to 1983.

The hypothesis was that the silver iodide would cause supercooled water in the storm to freeze, disrupting the inner structure of the hurricane. This led to the seeding of several Atlantic hurricanes. However, it was later shown that this hypothesis was incorrect. It was determined most hurricanes do not contain enough supercooled water for cloud seeding to be effective. Additionally, researchers found that unseeded hurricanes often undergo the same structural changes that were expected from seeded hurricanes. This finding called Stormfury’s successes into question, as the changes reported now had a natural explanation.

Based on this technology, they not only have the capability of creating and controlling hurricanes, but to reduce the destructive forces of them and mitigate potential damage.  It certainly doesn’t appear that they wish to do this, or curtail any other kind of flooding and droughting which is beseiging nations.

Now Category 4 Hurricane Irma bears down on Florida, but not before striking the Caribbean islands of Barbuda destroying 95% of it’s structures and vehicles, and St. Martin devastating its airport and port leaving the country unreachable.    Videos have surfaced of a  Caribbean bay devoid of water, after Irma’s wake.

Today, Hurricane Irma rips Florida, snapping trees like matchsticks and knocking out power to more than 1 million people.  Hurling 130 mph winds, the Category 4 storm made landfall on Cudjoe Key, the National Hurricane Center said. Even more powerful could be the storm surges that threaten to swallow Florida’s coastal cities.

Unfortunately these weather disasters are a new norm and will quite possibly worsen . We know in our consciousness and minds that these floods, hurricanes, tornadoes and chaotic weather events will continue.

Now more than ever before we need to prepare ourselves for this reality; physically, mentally and psycho spiritually. To not only come to the realization that our weather is no longer natural,  but also a world where “powers and principalities” reign to achieve this effort.

Not to be afraid, but to prepare for what is ahead.  We need to mutually co-operate within communities, trade, help one another.  Our lives will depend on all of us coming together in these difficult times, using our skills, courage and strength.  We require spiritual strength, for this is a spiritual battle.  To uphold being the loving, caring humans we were made to be.

We can no longer stay in a state of denial of our reality. This is the new reality.

“By failing to prepare, you are preparing to fail.”
–Benjamin Franklin–